General Hospital Preview: Nina Is Stunned by the Latest Familiar Face to Arrive in Nixon Falls — and Portia and Jordan Wind up in a Dangerous Situation 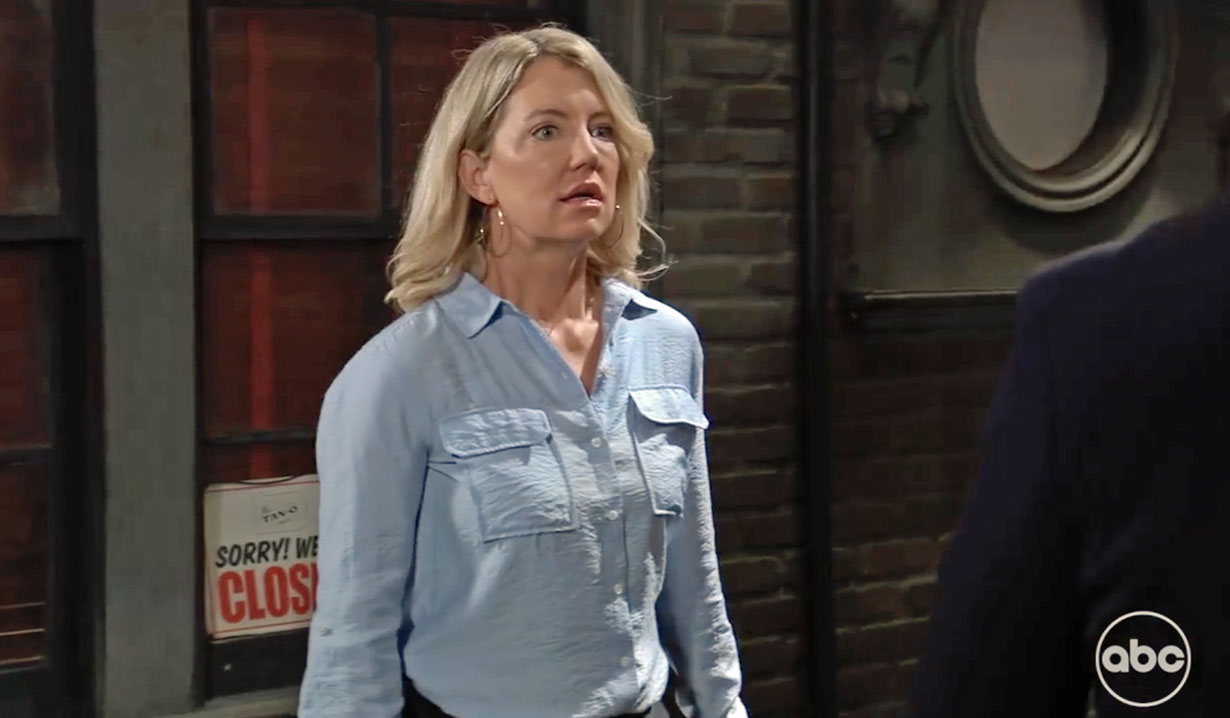 Both Trina and her mother have potentially dangerous encounters this week.

In the preview for General Hospital for the week of September 7 – 10, Nina’s new life is once again in danger of collapse. Read on for the scoop and to watch the teaser!

While Jordan works with Shawn in solving Naomi’s murder and the whereabouts of Hayden, Curtis and Sam have been working to locate Drew. Both cases have started to intersect, and Jordan and Curtis warn one another to be careful. Could these cases bring these two back together? After all, they still have no idea that Stella swiped their signed divorce papers before Jordan could mail them. Heck, thanks to her stroke, even Stella doesn’t remember doing that!

Over in Nixon Falls, Nina is once again warning Mike that what they have could collapse should he find out who he really is. Nina clearly knows this fantasy world she’s made for herself is on borrowed time, especially after Peter recently found out her secret.

Back in Port Charles, danger lurks around every corner. Trina runs into Spencer’s girlfriend Esme, and by the look on her face, something is up. We are betting after Esme referring to Kiki as Lauren that Trina’s beginning to realize there is something not right with Esme. Meanwhile, as Ava is determined to leave town to protect Avery and Nikolas, it appears she has another encounter in her gallery. What, or who startles her?

Apparently not a fan of horror films, Portia heads down into a dark basement with only her cellphone as a light. Whatever happens sends Jordan, gun drawn, after her. Meanwhile, Curtis finds himself engaged in fisticuffs.

Finally, back in Nixon Falls, Nina sees someone shocking. Our money is definitely on Jax, who when we last saw was firing up his plane to travel to the cozy little town to confirm his suspicions about Nina and Sonny.

Read our General Hospital spoilers to learn who Ned is suddenly concerned about. Then take a look through our gallery of General Hospital’s Maurice Benard over the years, and be sure to get your free daily soap-opera fix for General Hospital — and all of the other daytime dramas — delivered straight to your email inbox by signing up for Soaps.com’s newsletter.

Almost 40 Years After Her General...