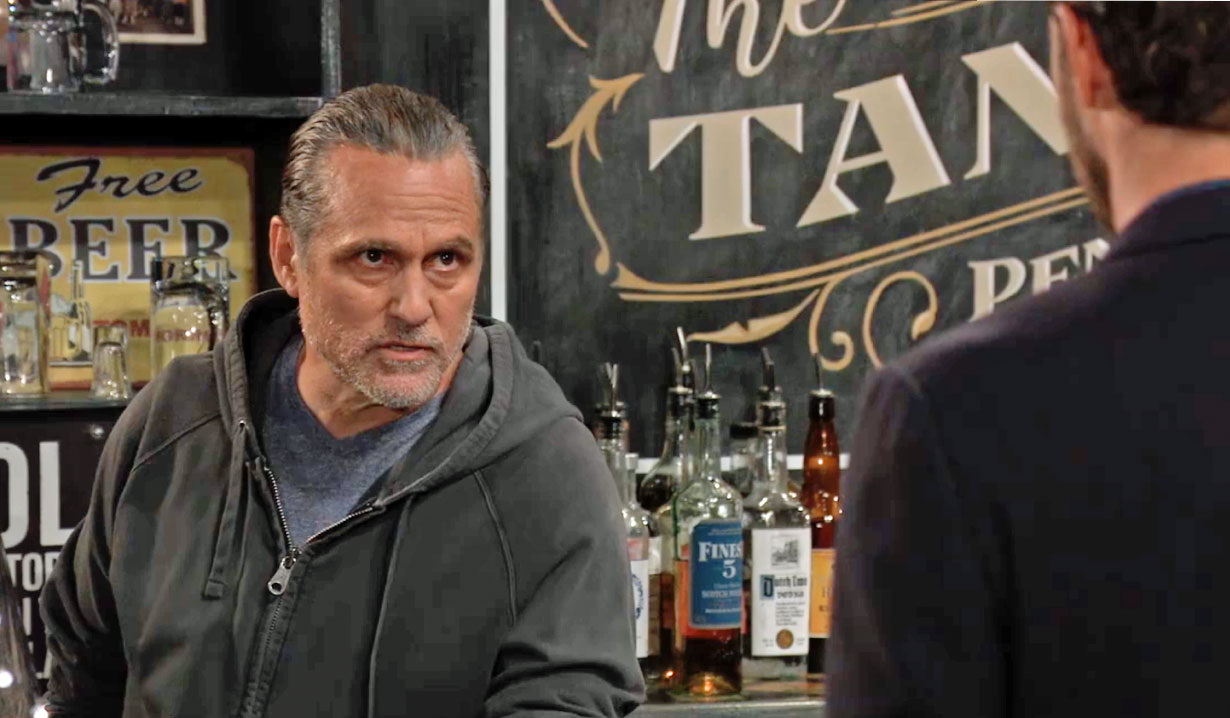 Anna gives Dante a bit of advice, or is it a warning?

In the preview for General Hospital for the week of August 30 – September 3, everything could unravel for Nina. Read on for the scoop and the teaser video.

As Sam continues to believe Drew is alive, Anna gives Dante some advice, and that is she’s learned the past hardly ever stays in the past. Jason and Carly know a little about that, as their trip down memory lane recently brought them to a near kiss.

With their wedding date fast approaching, Carly and Jason appear concerned. So does Jax, who fears Carly has put a target on Joss’ back with her insistence on running Sonny’s illegal businesses. When Jason has a meeting with Jordan on the pier, we doubt it’s to invite her to the wedding, especially with Joey Novak posing a threat to him and his family.

Over in Nixon Falls, “Mike” confided in Phyllis, not just about his dislike for Peter, but that he believes Peter knows who he really is. “Mike” does not know that Nina knows the truth as well, and Peter is blackmailing her to help him find Louise by threatening to blow up her new life in Nixon Falls. When “Mike” confronts Peter about his suspicions, we doubt Peter will come clean with him because he’ll lose his leverage over Nina. However, something happens that leaves Nina in tears by the end of the promo!

Read our General Hospital spoilers to learn what rattles Britt. Then look through our gallery of Sonny Corinthos over the years, and be sure to get your free daily soap-opera fix for General Hospital — and all the other daytime dramas — delivered straight to your email inbox by signing up for Soaps.com’s newsletter.

‘With a Saddened and Heavy...