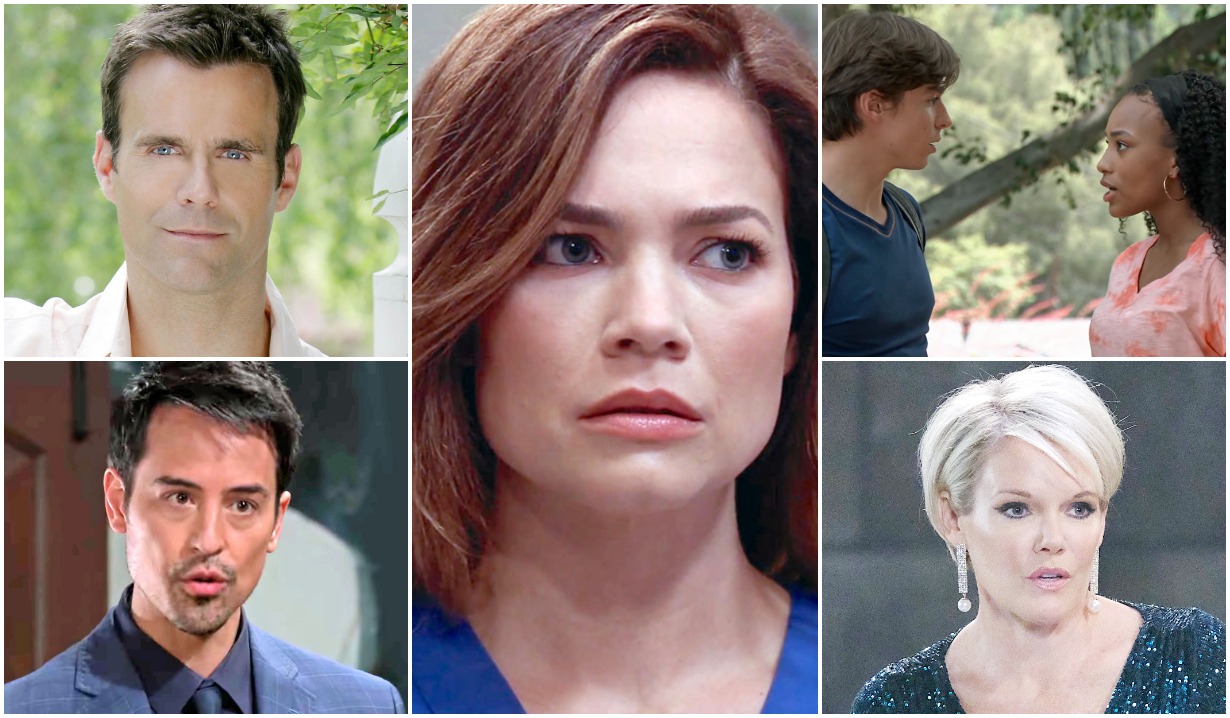 Are we about to get the All My Children reunion we predicted?

Shortly after word broke that Cameron Mathison had joined the cast of General Hospital — but long before we knew he’d be playing Drew — we suspected that something special was in the works. Would the writers be able to resist the temptation of connecting Mathison’s new character to Rebecca Budig’s Hayden, given that on All My Children they were paired as supercouple Ryan and Greenlee?

In the weeks that followed, people in Port Charles began talking a whole lot about the missing-in-action Hayden, further fueling our suspicions. As the search for Hayden intensified, her mom wound up dead and then, like something from a horror movie, the screaming started.

As an imprisoned Drew was being treated by fellow hostage/nurse Chloe, a woman’s screams could be heard coming from an adjoining cell. “She was just moved here the other day,” Chloe said in a hushed tone. “All they told me was that her accommodations were downgraded.”

More: Can anybody stop Peter August?

Later, as if to make sure we knew that there was more to the mystery prisoner’s story, the camera lingered on the door to her cell as Chloe was being escorted away by two of the guards.

Were this Let’s Make a Deal we’d bet our lifetime supply of Rice-A-Roni that the woman behind Door No. 2 is Hayden… which raises a few intriguing questions. Specifically, assuming that the person who has been holding Drew hostage for the past two years is Peter — whom we now know to be alive and well — why, exactly, would Maxie’s babydaddy be holding Hayden captive? Was he responsible for the death of her mother, Naomi?

One thing we do know is that the timing couldn’t be better for Hayden’s return. Her former beau Finn is getting ever closer to her half-sister, Elizabeth… which is even more awkward than it would have been for Hayden to come home during his involvement with Anna.

More: Meet the real-life partners of your favorite GH stars

And then there’s the fact that the truth about the circumstances surrounding her shooting would rock the residents of Wyndemere, especially were Spencer to find out the father with whom he’s currently estranged tried to have her done away with! And were Ava to learn Nikolas’ dark secret, how far might she go to protect the spouse she obviously still loves despite their current estrangement?

Do you think our guess about the screaming prisoner’s identity is on the money or off the mark? Share your thoughts in the comments section, then check out the gallery below in which we list other former Port Charles residents we hope to see return!