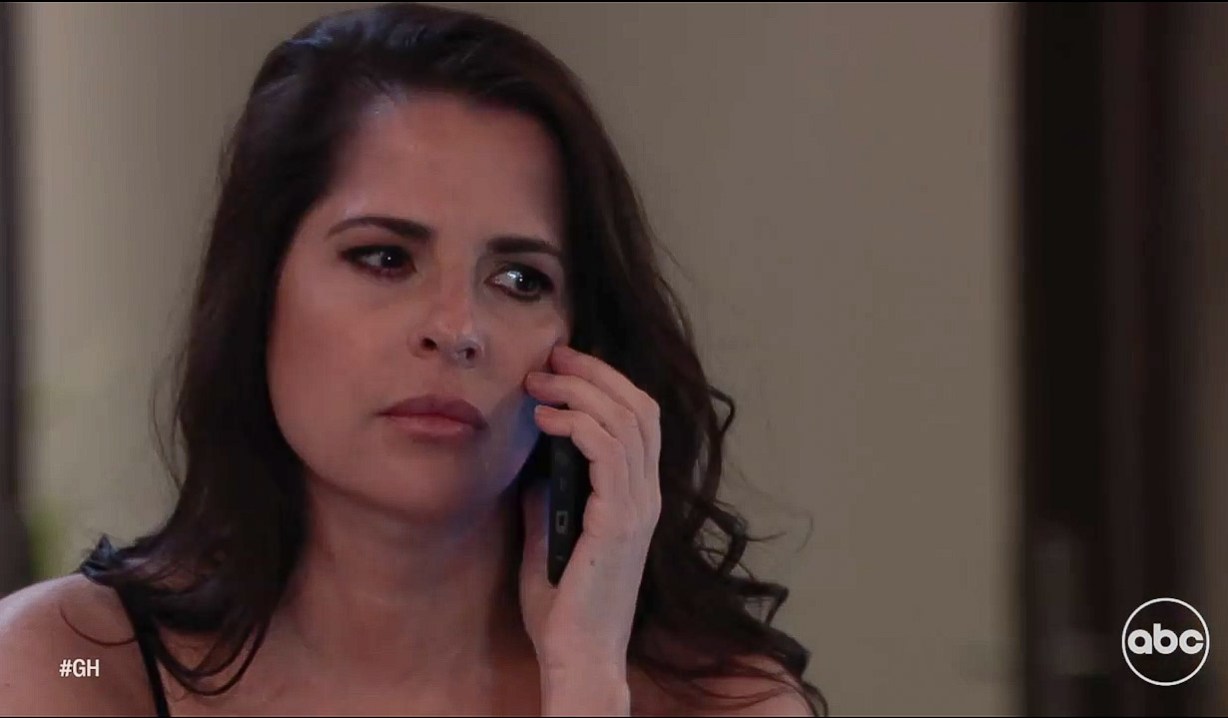 Has Nikolas been wrong about the stalker’s identity?

In the preview for General Hospital for the week of August 16 – 20, Sam’s life is about to be turned upside down. Read on for the scoop!

Jax made it clear that he’s tired of co-parenting with the mob, and has had words with both Jason and Carly over Joss’ safety. In the newest promo, Carly rails at him that they need to show strength, but he wonders if she’s strong enough.

Nikolas told Ava that Spencer was the stalker and he was going to teach him a lesson. Ava seemed unsure and felt Nikolas shouldn’t do anything to risk alienating his son again. When Ava finds her car ablaze, we have to wonder if perhaps Spencer isn’t the stalker? Or does he have an accomplice?

As Spencer’s party kicks into high gear, so does the terror. Trina lets out a blood-curdling scream, and a hooded figure nabs Spencer from behind.

Finally, Sam’s relaxing day at the Metro Court is about to be disturbed as she takes a call and wonders who is on the other end. The promo promises a shocking return, and though we don’t see him, we already know Cameron Mathison is joining as Drew. In fact, the actor teased the first look at his debut on his Instagram.

Read our General Hospital spoilers to learn who Jax finds an ally in. Then take a look through our gallery of Sonny Corinthos over the years, and be sure to get your free daily soap-opera fix for General Hospital — and all of the other daytime dramas — delivered straight to your email inbox by signing up for Soaps.com’s newsletter.