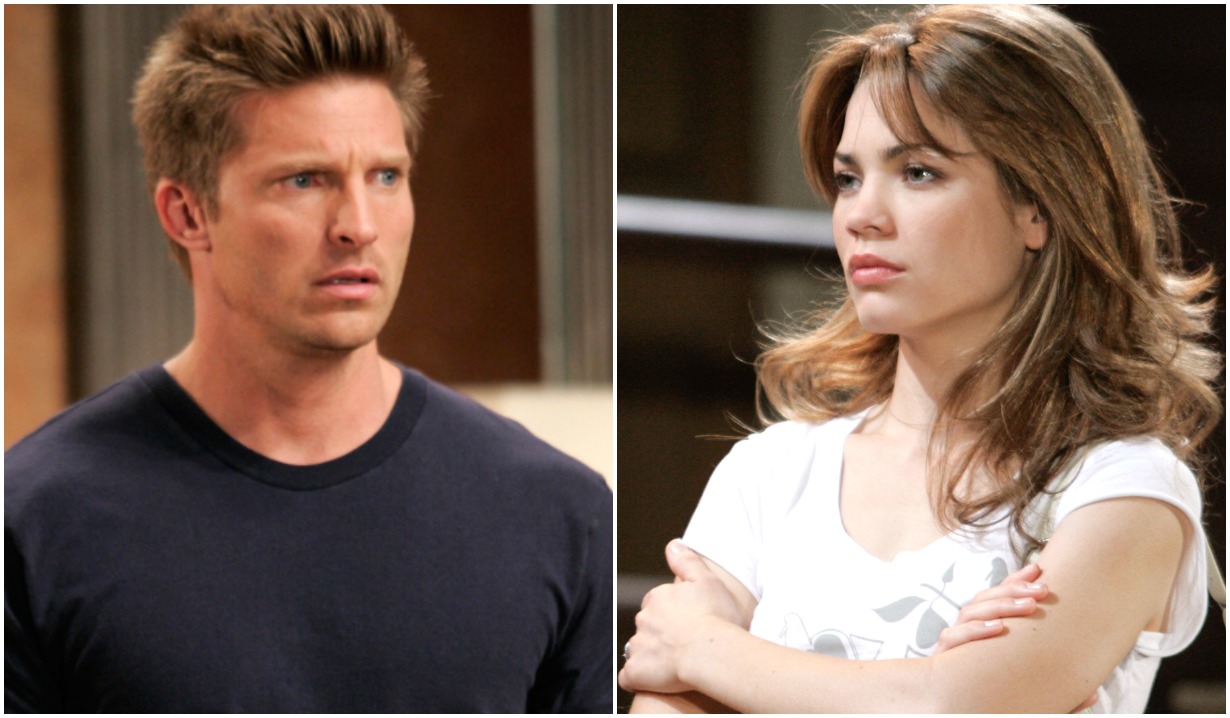 The August 27, 1999, episode changed everything for the future supercouple.

Whether you’re a General Hospital fan who’s wholeheartedly Team JaSam, you can’t help but understand why Liason shippers still support that pairing — not if you rewind to the moment in 1999 when they really connected. At the time, you’ll recall, Elizabeth was mourning the “death” of true love Lucky.

Desperate to feel something, anything, but bereft, Elizabeth headed to Jake’s, where she flirted with an older man who didn’t want to take no for an answer to his request for a dance. “I bought you a drink,” sputtered the neanderthal, “it’s the least you can do.”

Forcibly, the creep pulled Elizabeth to her feet and into his arms. He didn’t care that she pulled away at every turn. “I kinda like it when they fight me a little,” he told the rape survivor.

Just as we were finding out exactly how it felt to have our skin crawl, Jason intervened and, with a move only slightly less streamlined than a Vulcan nerve pinch, rendered the jerk powerless. “You get in your car, you go home, and don’t let me find out you came within 10 feet of her again,” said Jason. Before he’d finished the sentence, the guy was halfway out the door.

As for Elizabeth, she was anything but grateful for the assist. “If I needed help, I would’ve asked for it,” she told Jason. She was in so much pain that she didn’t care how much trouble she’d been in. “Maybe having someone to fight right now sounds like a relief.”

She’d tried everything else — hanging with friends, painting, waiting… Nothing eased the ache of Lucky’s passing. “I tried that once,” Jason replied. “I tried to fix what hurt by finding something that hurt worse.

Liz didn’t come out and say, “Whatever,” but she might as well have. She was so lost in her grief that she didn’t want to be lectured by, of all people, Jason. “You never had one good thing in your life and lost it,” she hissed. “You never had someone come along who made you understand what the point was — the point of being alive at all, and then prove it by being gone and leaving you with nothing.

“Do you know what nothing feels like?” she asked.

As a matter of fact, Jason did. “Nothing” had sorta been his go-to since brain damage erased from him any trace of Alan and Monica’s beloved son. Elizabeth softened. She was behaving like the person that she used to be, and she wasn’t sure that was a great idea. Still, she was lost. “How am I supposed to stop wanting to live the life I haven’t lived with [Lucky]? What am I supposed to do instead?” she asked, gazing into Jason’s steely blue eyes. “What am I supposed to wish for?” You can watch the scene in full below.

The answer, we would learn in the months and years that followed, was Jason. And though the couple ultimately went their separate ways, Liz sensibly refusing to risk her children becoming collateral damage of Jason’s dangerous career, Liason fans have never given up hope of them being endgame. “Let him be with Sam,” they say. “Let him be with Courtney, Britt, whoever. Pair her with Franco, Finn, anybody they want — as long as in the end, Liz and Jason end up in love.”

And given their history, of pulling apart and coming back together, it is almost impossible to think that they’ve been one another’s for the last time. Despite the fact that Steve Burton himself has said “I don’t believe” there’s a shot, we suspect there is. The actors’ chemistry, and the couple’s connection, almost demands it. What do you think, General Hospital fans? On your way to the comments to share your opinion of Jason and Liz’s future — or lack thereof — stop off at the below photo gallery, which revisits highlights of not only their romance but all of Jason’s.

Image: Universal/Courtesy of the Everett Collection
2/22

Image: ABC/Courtesy of the Everett Collection
3/22

Image: ABC/Courtesy of the Everett Collection
4/22

Image: ABC/Courtesy of the Everett Collection
5/22