There is a wealth of opportunity to explore with Ric. For starters, he's Sonny's little (unwanted) brother! He's a wounded bird from childhood and all we see on the screen lately are his reprehensible behavior.

Maybe lack of depth is why, as viewers, some of us have a hard time finding any compassion for him lately. When he first came to Port Charles, we knew he had an ax to grind with Sonny, but through his love for Elizabeth we saw another side of him and somehow forgave some of his more deplorable actions. Newer viewers don't have the benefit of remembering this and only see the guy who has no love whatsoever in his heart. (Okay, he loves Molly but the writers barely give us a pure glimpse of that to tide us over.) No wonder fans are hard on him when they see him in public!

The Soaps.com family consistently strives to separate the actor from the character. Thank you, Rick Hearst for reminding us that if we're not pleased with what's playing out on our TV sets, it isn't because of the actors!

Credit: Ric loves his daughter, that counts for something! (Soaps.com)

It’s can’t be easy being the bad guy, but at least we all know who you are! Soaps.com has learned that recently Rick Hearst (Ric Lansing) chaffed a little under fan pressure. The dashing actor (yet dastardly character � note the difference!) was appearing on a TV show in January and felt the heat from fans regarding the way Ric has been treating Alexis during her already-rough year. Reportedly, he became rather short-tempured! But it didn’t last long; he apologized and then reminded everyone that actors have absolutely no control over their actions of their characters.

Mr. Hearst went on to explain to the audience his point-of-view of who Ric Lansing is. He believes that Sonny’s little brother isn’t a true villain, but a guy who “loses all the time.” The actor also asked the audience to feel free to write the powers that be on General Hospital and challenge the show’s writers to provide more depth to the character so that he can be more than he’s portraying right now. 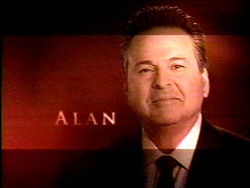 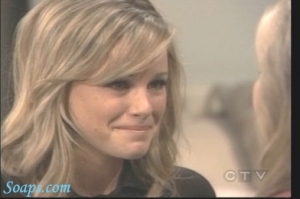