General Hospital Preview: Sam and Liz Play With Fire as Jason and Carly Move Forward With Their Marriage Plans 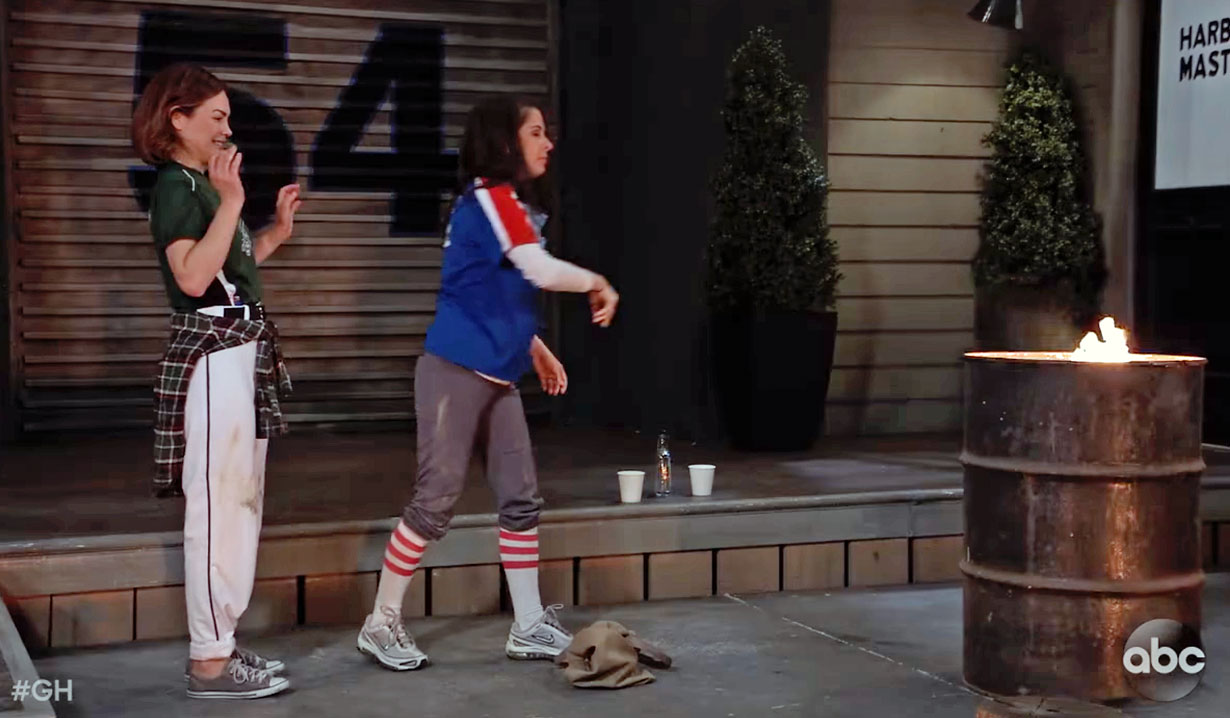 There are more than fireworks going off in Port Charles this July.

In the preview for General Hospital for the week of July 5-9, sparks are flying left and right, and not all of them are good ones. Read on for the scoop!

The graduation parties for the younger crowd, especially Trina’s, led to a host of surprises. For Joss and Cam, they’re both still reacting to their kiss and most likely will be piecing together the truth of what Dev’s lie did to them.

Up in Pautuck, it seems as if Anna and Valentin, who got very close as they searched for clues to Maxie’s daughter, still haven’t made it home to Port Charles. This could be because Anna discovered a photo of Austin’s father, who she recognized. Perhaps she’s looking more into that mystery? Whatever her intentions, Valentin makes his clear as they dance and he goes in for a kiss! Will Anna be receptive? We hope so!

In Pentonville, TJ and Molly are set to visit Pentonville a few times this week according to the spoilers. Is that why she seems to be having trouble sleeping, or is something else bothering her?

At her gallery, Ava is furious and smacks Nikolas with her purse. We are pretty sure this has everything to do with Nikolas’ trap to catch the stalker there, which seemed to involve buckets of blood. Unfortunately, it was poor Trina who appeared to be caught in the trap, as she showed up to her own party looking like Carrie White!

Finally, Jason and Carly are moving forward with their marriage plans. Jason told Carly and Michael there were people he needed to inform before they took the big step. It seems from this promo that he might have told Sam and Liz. Why else are they burning items on the pier?

Read our General Hospital spoilers to learn who has words of wisdom for Brook Lynn. Then take a look through our gallery of the best and worst soap recasts, and be sure to get your free daily soap-opera fix for General Hospital — and all of the other daytime dramas — delivered straight to your email inbox by signing up for Soaps.com’s newsletter.

As General Hospital Unveils Its New...