General Hospital Fans’ Rage Against Nina Brings Up a *Very* Interesting Question That No One Is Asking — or They Weren’t Until Now! 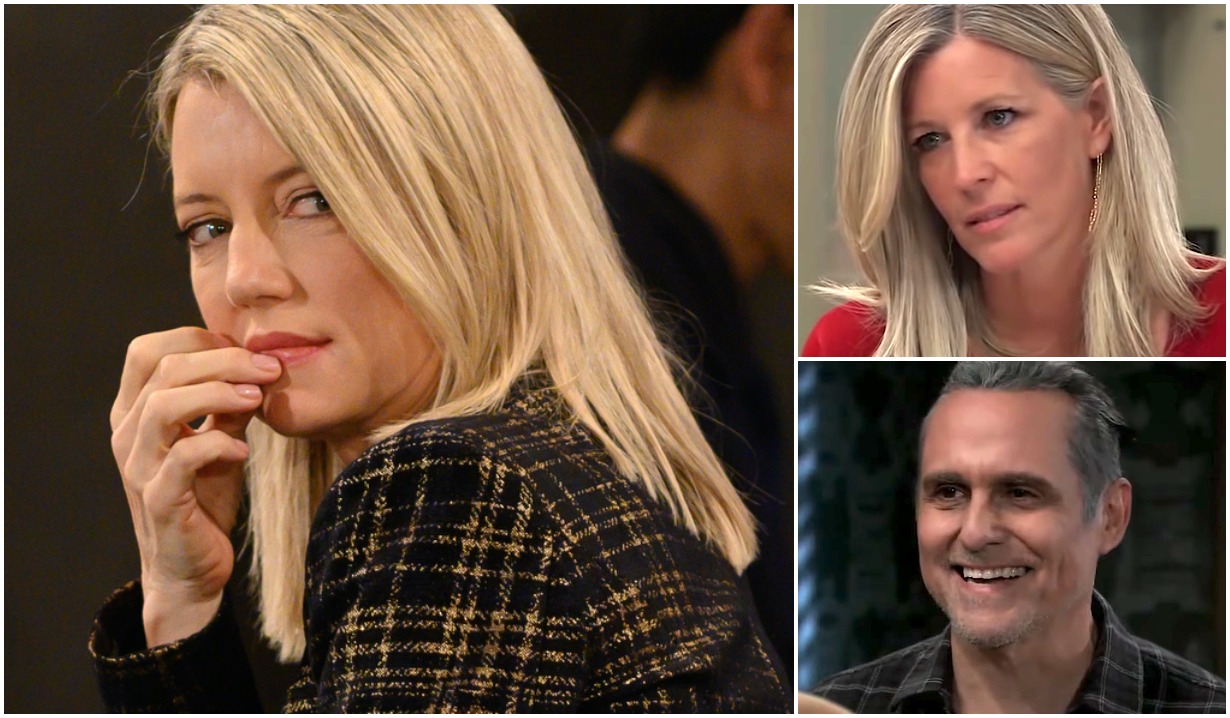 Many a viewer doesn’t see Cynthia Watros’ character when she’s on screen, they just see red.

First, a confession: I’ve been a Cynthia Watros fan since before Guiding Light had even signed her to a contract as Annie. She had “it,” from the get-go. The future Emmy winner didn’t so much appear on screen as sparkle on it — and that was even before the much-missed CBS soap turned that nice Nurse Dutton into a scene-stealing psycho.

Anyway, as a longtime admirer of the actress’ work, I’ve watched with keen interest the reaction of General Hospital viewers to Nina and the plot to keep an amnesiac Sonny from Carly that’s found the puppetmaster falling for “Mike” (and vice-versa). Y’all are pissed. And I get it: Nobody likes the interloper. Nobody sympathized with All My Children’s Liza when she was driving wedge after wedge between Greg and Jenny. Nobody felt for One Life to Live’s Lindsay as she moved heaven and earth to keep Bo from reuniting with Nora. 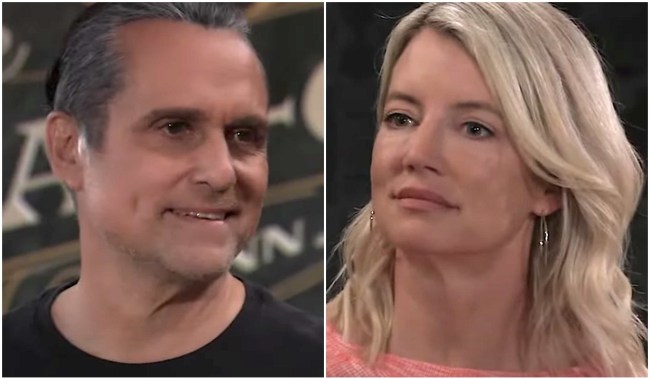 Above: We’ll know it’s serious if we ever get a photo of them actually together.

But here’s where I get hung up. In this case, Nina is being tried and convicted of unforgivable crimes against not a halo-clad high-schooler like Jenny, not a dyed-in-the-wool do-gooder like Nora but Sonny’s “widow,” Carly. And her spotty-at-best track record doesn’t even play into anyone’s thinking. On Soaps.com’s Facebook page, for instance, Judy Smith suggested that “all this storyline did was ruin the Nina character for me. I can no longer accept Nina as a grandmother to Wiley, and when Michael finds out that she has kept Sonny away from his family, I hope he never lets her near Wiley again.”

For her part, Lvnthesnimn Harris marveled at “how Nina has the audacity to use Sonny’s amnesia for her own purpose. Sonny has not only a wife but children who think their father is dead…

“[And] making it seem like because of Carly, she didn’t tell… ” she continued. “Yeah, right!”

On Twitter, Sylvia Crouch said simply, “Nina is whack,” while Tina E. Carter argued that the show should “let Nina take a leave of absence until she can get back in her right frame of mind.” Shauna, bless her heart, tweeted that “Nina is pissing me off” but acknowledged that portrayer Watros “is killing her scenes.” #truth

Nina is pissing me off. But @watroswatros is KILLING her scenes. But I want SONNY back with Mob Boss Carly!!

So, I’m confused. Why is what Nina is doing to Carly appalling and enraging rather than karmic justice? Carly did, after all, withhold from Nina the details of the last moments in the life of her long-lost daughter, Nelle. Carly did, after all, scheme mightily to prevent the late A.J. from learning that he was Michael’s father — and then scheme even more mightily to keep their son from having any involvement with his biodad. She laid waste to mom Bobbie’s marriage to Tony by seducing the doc (who, it bears mentioning, had no clue whatsoever that she was his stepdaughter). Carly’s cheated on everyone from Franco (with Sonny) to Sonny (with Lorenzo). She’s buried both Morgan and Dev and still remained married to the Mob.

Heck, her tax returns list her occupation as “hotelier/crime queenpin.” 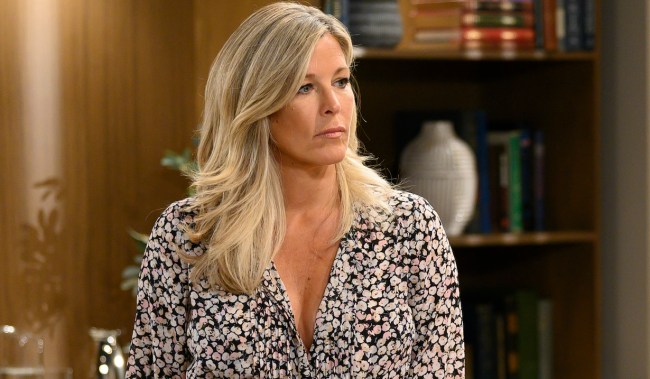 “Leave the Mob? And what? Just live on my hotel money?!?”

More: Who *we* would’ve given Daytime Emmys to!

So, how is Carly the person for whom you feel sorry? That is, of course, a rhetorical question. She and Sonny are lightning in a bottle, that magical combination of constancy and electricity that gives a supercouple legs for days. And what Laura Wright has built up over the years with Maurice Benard almost defies description. We don’t just enjoy their scenes, we freaking experience them.

That ABC’s one and only daytime drama would dare to mess with that… Yeah, OK, it’s unsettling. I’ll give you that. But to say that Nina has crossed a line from which she can’t cross back? Mm-mm. Sorry, no. In a town full of mafiosos and murderers, Nina’s a flippin’ saint. And if you don’t believe that she can be redeemed, you might want to familiarize yourself with the former baddies gone good included in the below photo gallery. Their trajectories might change your mind — and if not, hey, the pictures are really lovely. 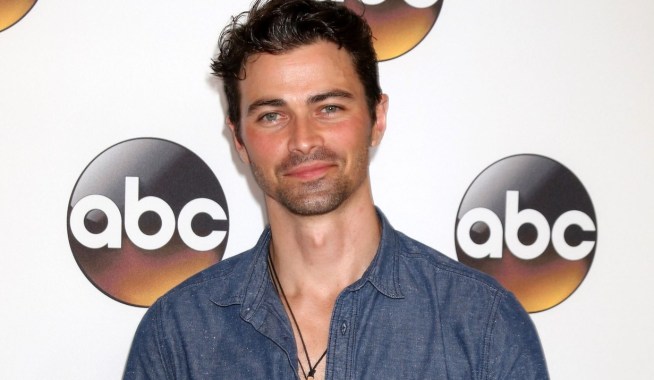 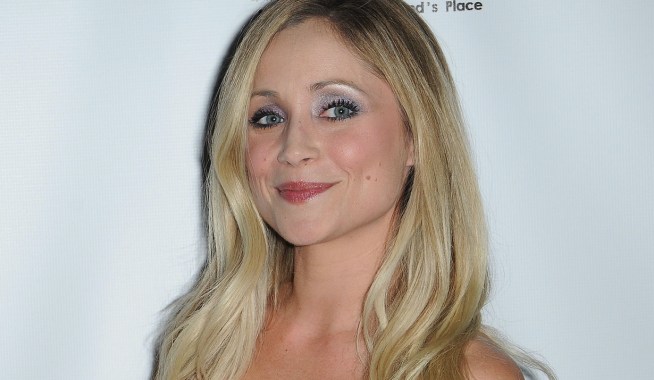