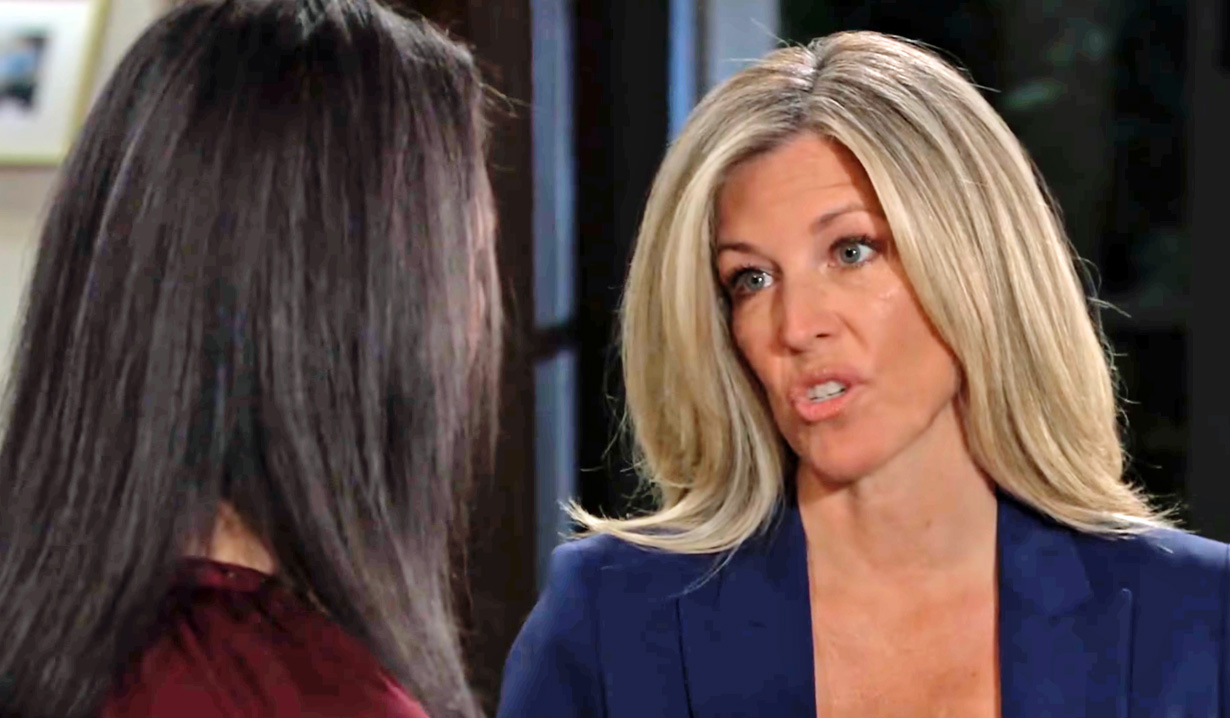 Several Port Charles residents have reached their limit this week.

In the preview for General Hospital for May 24 – 28, several have reached their boiling points with Cyrus, but who will come out on top? Read on for the scoop!

Last week the news of Sasha’s pregnancy began to come out, with Gladys tipping Cyrus off to the fact that she was pregnant because she assumed he was the father. Well her own son Brando is, and now Gladys has painted a target on his back should a jealous Cyrus learn the truth. Carly tried to convince Gladys that she was the only one who could save her and her son, and it involves Gladys recanting her statement that she saw Jason dispose of the gun used to kill Franco. It appears Carly may have gotten through to her, and she plans a big move. Unfortunately by the end of the promo, it looks like things didn’t go Carly’s way!

Sasha tried to throw Cyrus off the track by telling him that her baby daddy was a Mr. Nobody, a complete one-night stand. However, Brando doesn’t appear to be on board with her plan and is ready to challenge his employer. While admirable, he’ll probably want to think that one over. And when confronted by Willow, will Sasha reveal to her former BFF the whole truth and nothing but the truth?

It wasn’t that long ago that Cyrus met with his co-conspirator Peter to warn him that with Jason free, he probably didn’t have long to live. Now they meet again, and Cyrus has more words of wisdom to share. It appears their partnership is far from over.

Over in Nixon Falls, “Mike” tells an officer that Nina is in trouble and it is because of Elijah. Has Elijah caught onto “Mike” and Nina’s plan and actually done something, or is this a trap they are setting for him? And up in Canada, we will soon know the results of whether Britt has the marker for Huntington’s Disease. Whatever the outcome, it appears she and Jason are getting closer.

Read our General Hospital spoilers to learn who is about to get a surprise, and likely not a good one. Then take a look through our gallery of soap stars and their real-life brothers, and be sure to get your free daily soap-opera fix for General Hospital — and all of the other daytime dramas — delivered straight to your email inbox by signing up for Soaps.com’s newsletter.

Place Your Bets as General Hospital...