General Hospital Stars Put New Castmate Cameron Mathison On the Spot — Seven Times!: ‘I Remember Reading the Script and Honestly Feeling Like I Missed Something’ 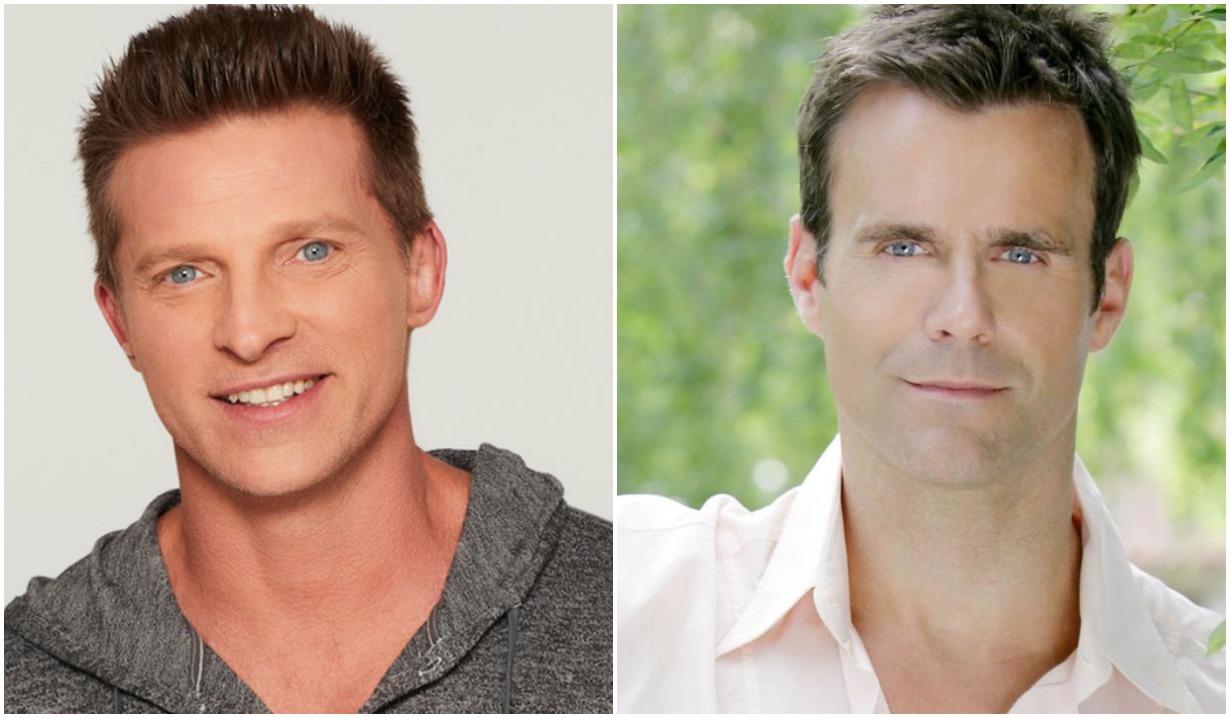 From taking off his shirt, to fun times with Susan Lucci and other stuff in between, the returning daytime star doesn’t hold back.

Fans know he’s coming to General Hospital, but there are probably other things you don’t know about Cameron Mathison (All My Children, Ryan). His soon-to-be castmates Steve Burton (Jason) and Bradford Anderson (Spinelli) sat him down for a game of seven questions in the entertaining video below.

Anderson started off by asking, “What is your strangest take-off-your-shirt moment?” Lots of laughter ensued as Mathison recalled a random, crazy scene, “I remember reading the script and honestly feeling like I missed something!”

In talking about cities, the guys wondered out of all of the places he’s lived, which was his favorite. Mathison revealed L.A. and explained, “We have space and a view of the mountains.”

Speaking of mountains… when put on the spot — mountains or beach — the actor touched on having recently quarantined in the mountains for his next Hallmark movie and replied, “I’m gonna say mountains. I’ve been a diehard skier all of my life.”

Next up — and this is a good one — Anderson asked if he had a favorite Susan Lucci moment. “Yeah I do, absolutely!” You have to watch to see the enthusiasm as Mathison replayed his “hands-down” most memorable Lucci scene. We’ll give you a hint… He did have his shirt on!

And finally you won’t want to miss his excitement level on a scale from one to 10 when Burton asked how it will be to work with his former All My Children castmate Michael E. Knight (Tad) again. See for yourself in the video.

Would you like to have Mathison and Knight turn up in the upcoming Pine Valley reboot? View our gallery below of stars who should appear in the primetime soap.

Video: Stone Cold and the Jackal/YouTube