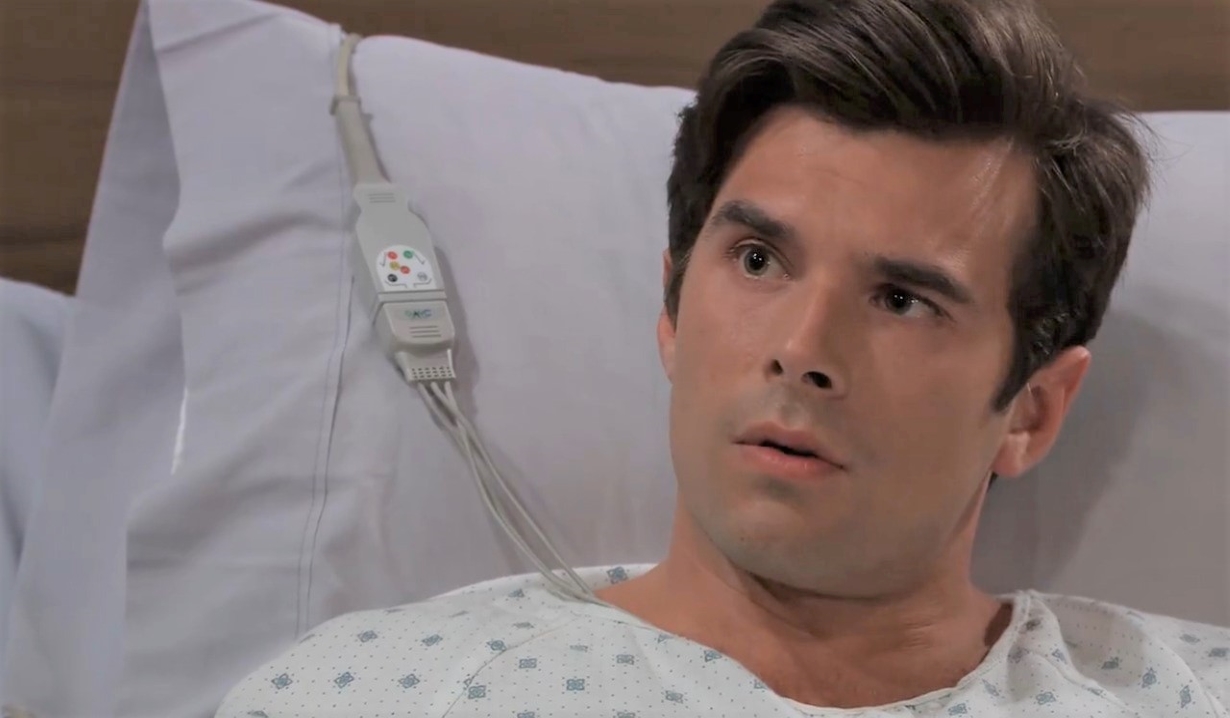 Several Port Charles residents are in for a shock.

In the preview for General Hospital for May 17 – 21, many are keeping secrets, but possibly not for much longer. Read on for the scoop!

A frantic Olivia wonders what is going on. That seems to be the theme of the week, as secrets and revelations unfold.

Last Friday’s cliffhanger had Gladys wrongfully assuming that Cyrus was the father of Sasha’s baby, and couldn’t wait to tell him the news and probably expects a bonus for delivering it. The problem is, she’s got it all wrong, and it’s her son Brando who is the father! As Sasha struggles to tell Brando the news, Carly learns that Sasha is pregnant. We’re guessing like Gladys, she’ll jump to the wrong conclusion and suspect Michael is the father.

Also at the end of last week, Nina broke into Elijah’s office to try and get intel from his computer but was caught by him. “Mike” tries desperately to contact Nina by phone to warn her to get out, but viewers shouldn’t worry. Nina will likely smooth talk her way out of this one. Remember she dropped an earring on purpose before leaving with Elijah? Yup, there is her out!

For some time Detective Chase has suspected that something bigger is going on with his mystery illness and that his brother, er, father, isn’t telling him the truth. Look for Chase to demand answers from Finn. Will the doctor finally come clean? If so, this would add another person to the growing list of people who would have a reason to kill Peter.

Finally, Anna is forced to reveal sad news to Robert that devastates him. No doubt this is about the death of Sean Donely, and Friday’s episode is a special tribute to actor John Reilly.

Read our General Hospital spoilers to learn whose plan Laura actually agrees with. Then take a look through our gallery of the ever-expanding Quartermaine family, and be sure to get your free daily soap-opera fix for General Hospital — and all of the other daytime dramas — delivered straight to your email inbox by signing up for Soaps.com’s newsletter.

Image: ABC/Courtesy of the Everett Collection
1/26

Image: ABC/Courtesy of the Everett Collection
3/26

Image: CBS/Courtesy of the Everett Collection
4/26

Image: ABC/Courtesy of the Everett Collection
6/26

Image: ABC/Courtesy of the Everett Collection
7/26

<p>A back-from-the-dead Jason (then Billy Miller) was busy bonding with also-back-from-the-dead son Jake when everyone found out that this wasn’t Jason at all but his twin brother, Drew, who’s yet to come back from the dead. No wonder the boy’s mom Elizabeth Webber keeps Kevin Collins on speed-dial!</p>

Image: ABC/Courtesy of the Everett Collection
20/26

Twenty-Seven Years After the General...