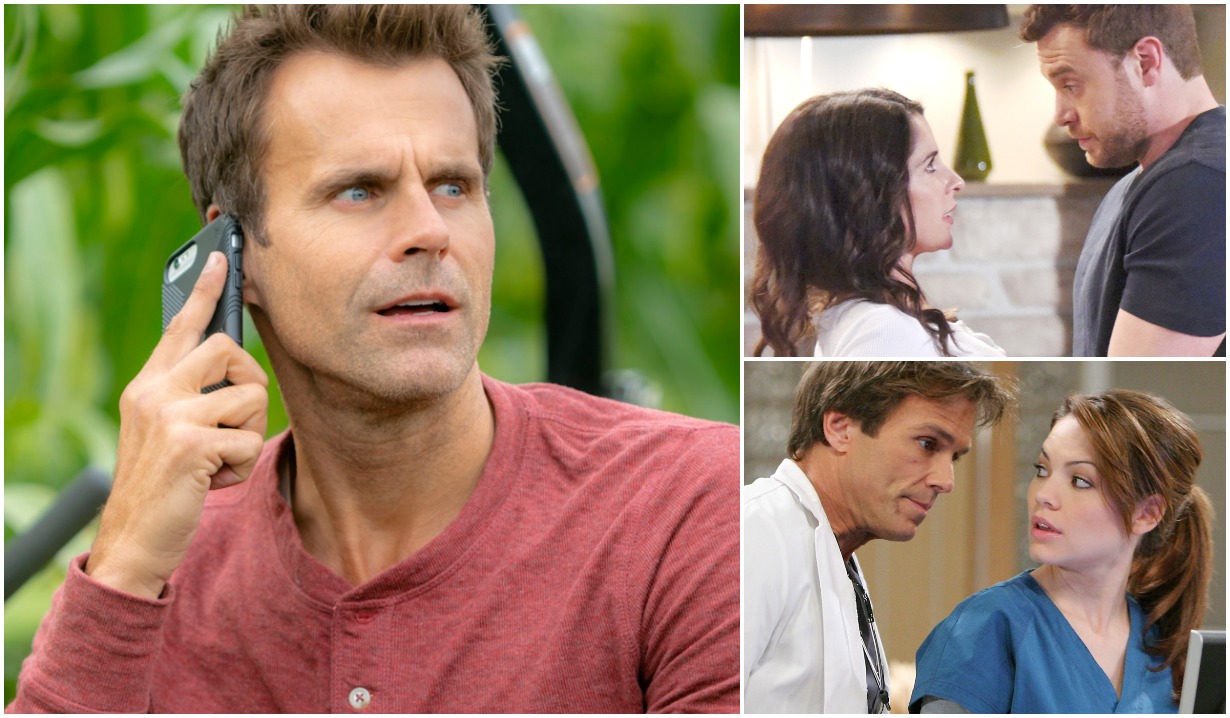 “The rumors are true!” the ABC soap Facebooked on April 5. But the question remains: What’s the role?!?

Even before All My Children vet Cameron Mathison makes his debut on General Hospital, he’s generating drama — by way of the guessing game that he’s sparked over the part that he’ll be playing. Mind you, we don’t know for sure, but we do have a few ideas. To wit…

The most obvious answer to the question would be Mathison’s old All My Children character, Ryan Lavery. He already knows Anna from her time in Pine Valley in the early 2000s, and as sometime CEO of Cambias Enterprises, would be well-qualified to take over Aurora Media should something, ahem, happen to Peter.

Speaking of Maxie’s villainous babydaddy, if he wasn’t as successful as everyone thinks at having Drew killed, Mathison could be resurrecting the character that was originated by Billy Miller, who just spent a season as Lizzy Caplan’s husband on Apple TV+’s Truth Be Told. And Drew’s lost love, Sam, is suddenly single…

Option No. 3 is Liz’s brother, Steven, last played by Scott Reeves and, when last we heard, serving time in Memphis. Maybe he’s getting sprung just in time to lend some support to his grieving sibling. (Though we had another, perhaps even more intriguing idea about who could show up for Franco’s widow.)

What do you think? Would you like to see Mathison join General Hospital in any of these roles? Or do you have a better one in mind? Drop it in a comment below, then peruse our photo gallery of other plum parts just waiting to be played by currently-MIA soap superstars.