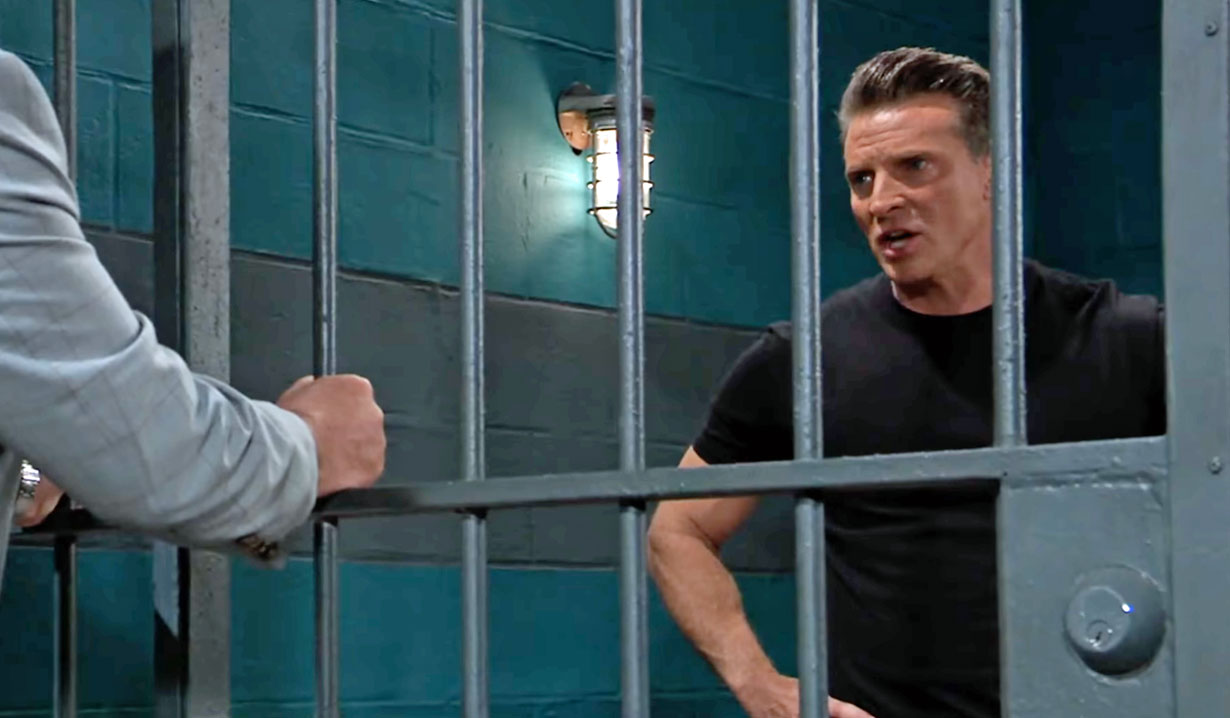 In the preview for General Hospital for April 5 – 9, it’s all about family. Read on for the scoop!

Laura has been trying to reach out and get to know her brother Martin, but has discovered just because they are family doesn’t mean a sibling relationship is going to come easy or naturally. On the other hand, her other brother, Cyrus, seems to be all too happy to insert himself into her life whenever possible. Laura vents to her husband Kevin about her troubles this week, and a certain someone doesn’t understand what they are getting themselves into. Is she speaking about her brothers, or could it be her grandson Cam who is hellbent on making Jason pay for Franco’s murder?

After being sentenced to three years in prison, Alexis prepares to serve out her sentence, and to say she’s scared about her future is an understatement. We can’t help but wonder who she’ll run into in Pentonville, or if fate will step in and keep her from prison.

Meanwhile, Jason has been remanded to Pentonville until his trial for killing Franco, the one crime he actually hasn’t committed. Carly swears to her best friend that she’ll get him out, but we don’t think Carly is even capable of pulling that off.

Nikolas worries to Ava that they could be in trouble. On Valentine’s Day, Ava was sent a cockroach, which she assumed came from Ryan. However, it looks more like Nikolas’ son Spencer is the real culprit tormenting his father and stepmother. You’ll have to tune in to see how things continue to unfold for this family.

And a very pregnant Brook Lynn assures her family that her unborn child is her top priority. However, she’s also planning to use it to get ELQ back from the baby’s daddy Valentin, a plan that likely won’t go as she hopes.

Read our General Hospital spoilers to learn who Peter makes an offer to. Then take a look through our gallery of soaps stars with children, and be sure to get your free daily soap-opera fix for General Hospital — and all of the other daytime dramas — delivered straight to your email inbox by signing up for Soaps.com’s newsletter.