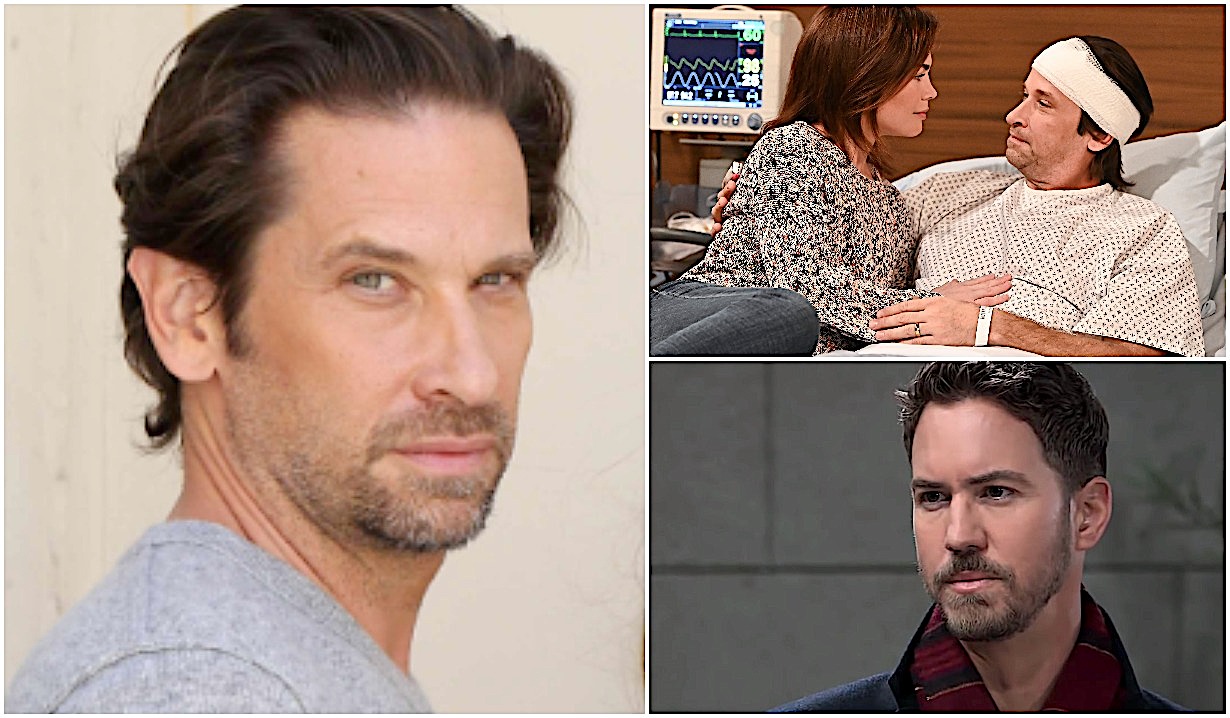 If this didn’t pound the final nail into the villain’s coffin, nothing ever will.

We still can’t believe our red-rimmed eyes either. In the March 9 episode of General Hospital (recapped in full here), Peter escaped from his captor and shot Franco point blank in the chest.

Yeah. It feels weird even to type that, having grown as attached as we have to Elizabeth’s husband. And the show could still pull a fast one on us and resurrect the reformed serial killer. (Not for nothing, but the Port Charles morgue does have a revolving door… )

But if indeed Peter did introduce Franco to his maker — and the show has parted ways with his portrayer, Roger Howarth — we know what has to be the next beat of this story. Peter. Must. Die.

That’s not a commentary on the talented Wes Ramsey — there’s been enough of that — or even on the byzantine nature of his character’s plotline. It’s just, Peter killed someone, and someone who was by and large beloved. Sure, some viewers never got, and never would get, over the hell through which he put Jason and Sam. But the rest of us adored Franco and the beautiful family unit he’d cobbled together with Liz and her kids. Someone’s gotta pay, and that someone is Peter.

Beyond that, in his grief, Franco’s stepson Cameron should act out — perhaps with late dad Zander as a celestial bad influence? The teen could land himself so deeply in hot water that crush Josslyn has to bail him out. Then, as he rails about everything he’s lost, from Oscar to Franco to heck, even his chance with her, since she hadn’t liked his kiss, she could finally discover Dev’s duplicity and set her pal straight about her feelings for him.

As for Liz… Oh, poor Liz. Having suffered as many traumas as she has, it’s going to be hard for her to pick up the pieces yet again. But if anyone could understand — or almost understand — what she’s going through, it would be Finn, who recently split from Anna after realizing how easily her bright smile obscured lie after lie. If the two of them began to lean on another, a few months down the road, they might find themselves accidentally leaning in for a kiss.

What? Too soon? Yeah. Too soon. But at least we can all agree, can’t we, that the time has come for Peter to pay the piper? On your way to the comments, stop off at the below photo gallery, a Who’s Who of who’s recently left General Hospital.

General Hospital's Franco May Be...

Posted 47 mins ago
Posted on: TVLine