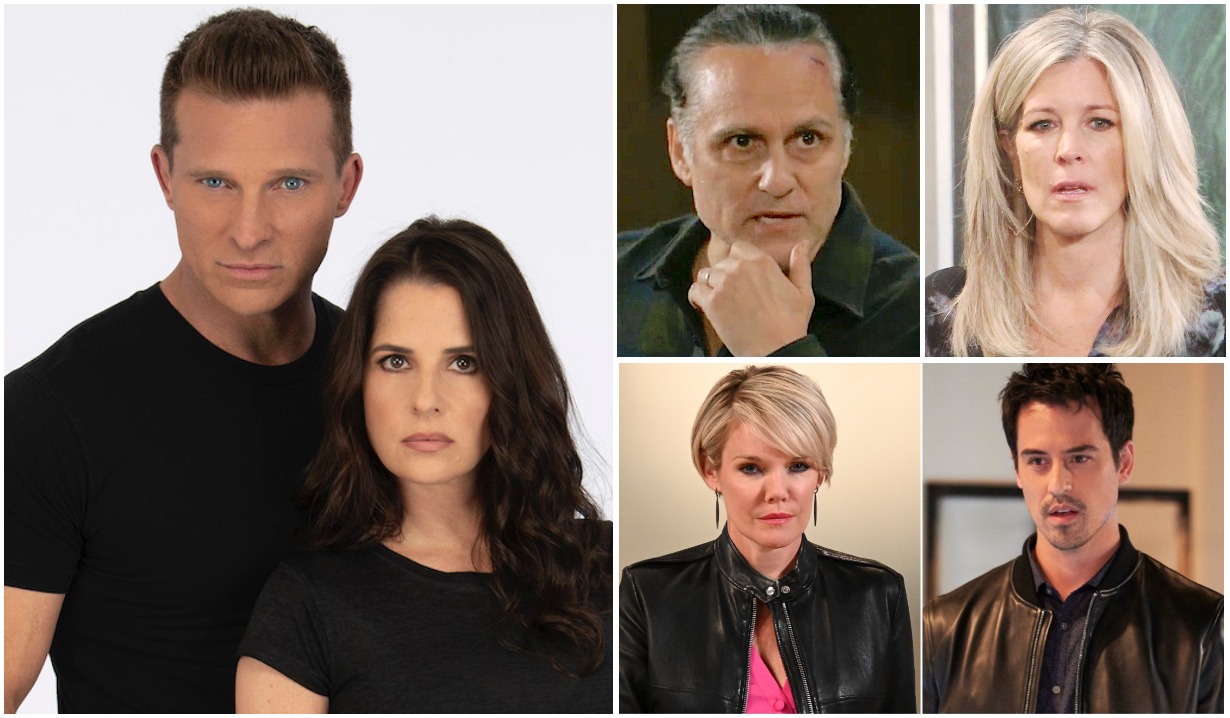 Back in November, General Hospital headwriters Chris Van Etten and Dan O’Connor teased an event that would knock the canvas off its axis. Before long, Lulu was in a coma, Dustin, Dev and Julian were dead, and viewers were left reeling. So when they say that February sweeps will include “a twist that nobody will see coming” and refuse to say anything further… well, consider yourself warned as you read on for details about the big stories about to unfold.

Is Carly the New Sonny?

Although Sonny’s “death” has rocked those he left behind, Carly is not only doing her best to move forward, she’s becoming a major power player… as evidenced when she arranged to have Cyrus’ beloved mom kidnapped! “Cyrus sees Sonny’s death as a major opportunity to strengthen his hold on Port Charles,” says Van Etten. “But he’s quickly learning that it may not be as easy to simply step into that void as he thought it would be.” 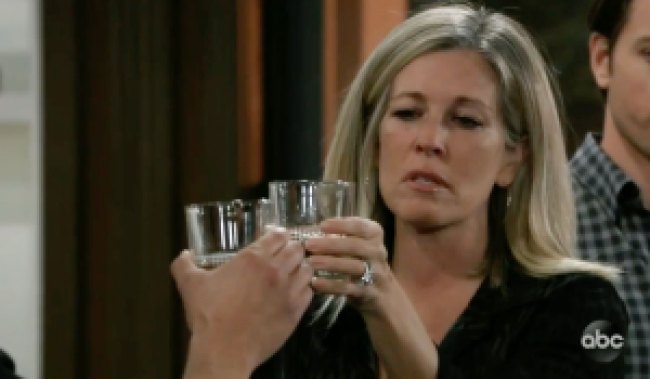 Not that it will be smooth sailing for Jason and Carly. “They have to negotiate what it means to both have a say in what happens next for both their families and the capital-f Families as well,” he continues. “Moving forward, they will have to make some drastic moves to protect their loved ones.”

More: Is Sonny’s story setting up the return of [spoiler]?

As for Sonny, “as he finds a sense of peace in Nixon Falls, Penn., he may not want to find out more about the man he was before the accident.”

A New Lady for Jason?

Sam made the difficult decision to separate from Jason in order to keep her children safe from his dangerous lifestyle. But the pull of the past has remained strong, leaving us to wonder if perhaps she’s having second thoughts. “Sam and Jason will always love one another,” insists O’Connor, “but they are committed to this course of action. However, that commitment may waiver once one or both of them start to explore other romantic options.”

Speaking of which… anyone else notice that Jason and Britt seem to be spending an awful lot of time together? “I think that they do create sparks when they butt heads,” agrees O’Connor. “They may even spark a fire if they look at each other in a new light.” 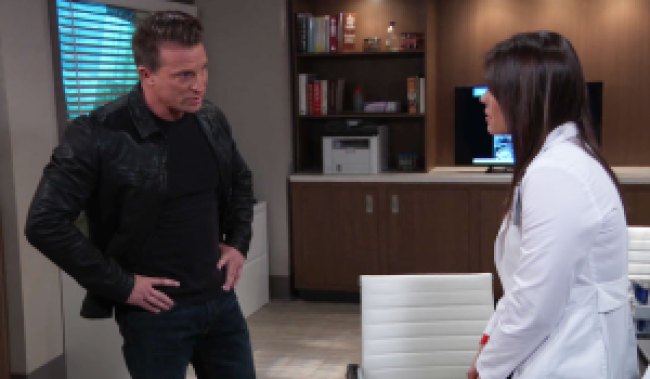 “You know, I do have a thing for feisty brunettes… ”

As for Sam, he points out that “she has been on a journey ever since that fateful day that Faison shot Jason.” The question is what — and whom — she might find at the end of that journey.

Jax is about to learn the hard way that when you do the wrong thing for what you believe to be the right reasons, the consequences can be devastating. “In the aftermath of Jax confessing, Nina will find herself questioning whether he actually is the white knight she always believed him to be,” teases Van Etten. “Meanwhile, there’s Valentin, sitting patiently on the sidelines. He will very soon have the opportunity to prove whether or not he has a heroic bone in his body.” 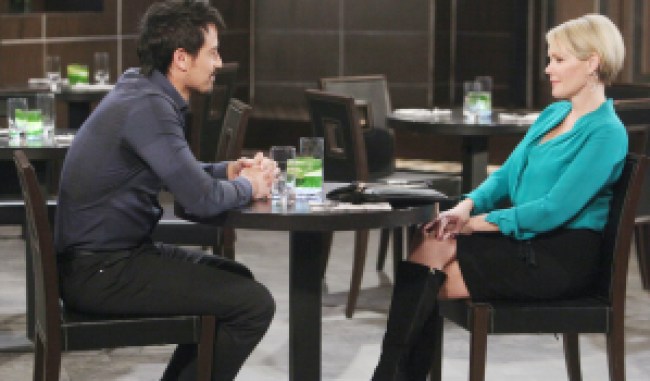 For these two, it was actually love at first fight. They were just the last to realize it!

In other news, Nikolas and Ava seem ready finally to ditch the antagonistic side of what has been their love/hate relationship and admit they truly care for one another. “If you ask what’s heading their way, I’d say ‘something wicked,’” laughs Van Etten, pointing out that there are an awful lot of people in town who have good reason to feel as if one or the other — and, in some cases, both — of them are unworthy of a happy ending.”

In Part 2 of our exclusive February sweeps preview — you can read it here —  the scribes discuss major turning points leading up to the big double wedding, the difficult decision which could tear Liz and Franco apart, and more. Meanwhile, why not join us in reflecting on how Jason has changed over the years… because let’s face it, there are worse ways to pass the time than by looking at photos of Steve Burton!

Image: Universal/Courtesy of the Everett Collection
2/21

Image: ABC/Courtesy of the Everett Collection
3/21

Image: ABC/Courtesy of the Everett Collection
4/21

Image: ABC/Courtesy of the Everett Collection
5/21

<p>Now, the supercouple’s future is — and this may well be the understatement of the millennium — TBD. Jason loves Sam, Sam loves Jason, yet their goals in life seem incompatible. He wants to be there for Sonny and Carly no matter what, and she wants to… how to put this… <em>not</em> give poor Dev Cerci any playmates in the afterlife.</p>

A Day After the Death of His Father,...