On the Anniversary of One of General Hospital’s Most Shocking Moments Ever, We Revisit the Attempted Murder That Rocked Sonny to His Core 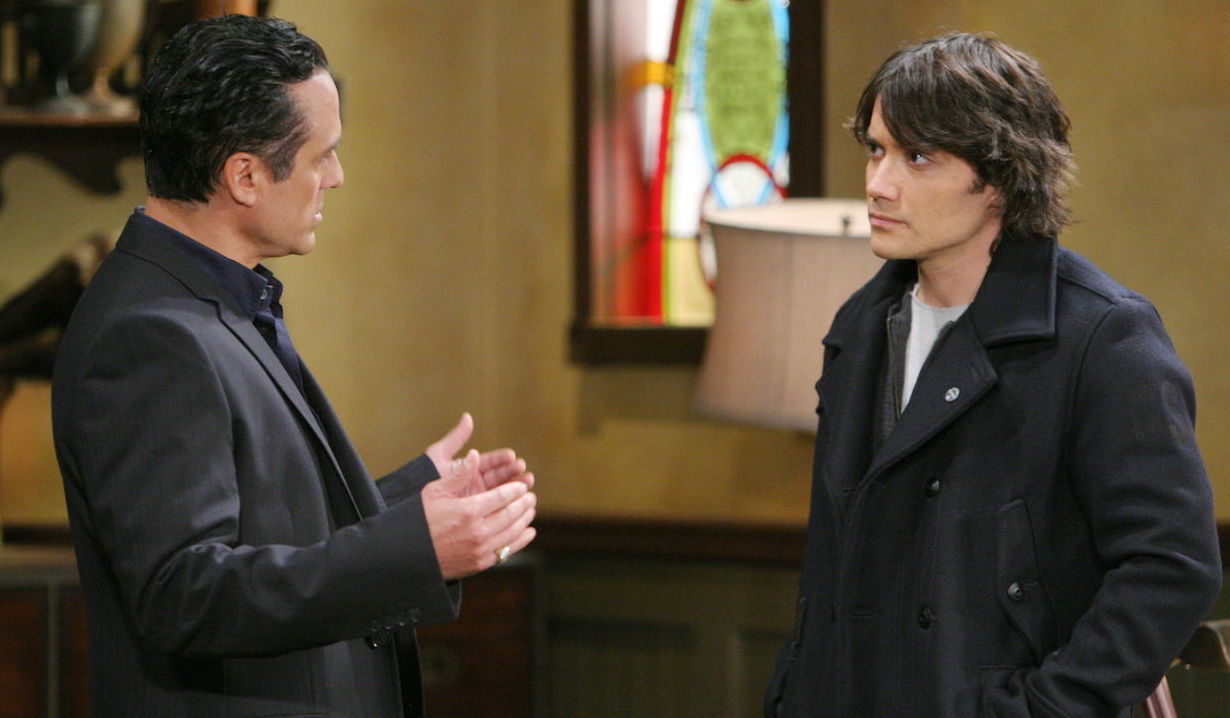 A year ago today, Sonny and Dante’s life changed forever when they discovered they were father and son. All it took for that to happen was Dante going undercover to try and take the mobster down and Sonny shooting him for his betrayal.

But hey, it all worked out in the end.

If you’ll recall, Dante Falconeri came to Port Charles in June 2009 as Dominic Pirelli, an undercover New York City police officer out to get Sonny Corinthos. The cop only knew Sonny as a mobster since his mother, Olivia, kept his paternity a secret to protect him from Sonny’s dangerous life.

To say that her plan backfired is an understatement.

More: Michael and Willow could face a major shock

Dante quickly earned the trust of the Dimpled Don, who considered naming “Dominic” his successor to the organization. However, Sonny’s jealous son Michael learned “Dominic” was a cop and told his father, just as Dante finally gathered enough evidence to arrest Sonny for Claudia Zacchara’s murder.

Though the arrest warrant was ready, Dante wanted to let the family enjoy one last day together. That day happened to be January 29, 2010, the day of Carly and Jax’s daughter’s christening.

Sonny wasn’t feeling quite as generous, as in true The Godfather fashion, in between scenes of Josslyn’s baptism, Sonny confronted “Dominic” about being a cop. Dante admitted it while accusing Sonny of gunning down his long-ago mentor, Lieutenant Poletti.

More: How Brenda could return to GH

Dante then pulled out his badge and said, “Michael Corinthos Jr. you are under the arrest for the murder of Claudia Zacchara Corinthos.”

Sonny, in turn, pulled out his gun, said, “Goodbye, Detective,” and squeezed the trigger.

As Dante fell to the floor, lifeless, Olivia ran in screaming the words that still ring in many a General Hospital fan’s ear: “My God, Sonny. You just shot your own son!”

Viewers may have been shocked Sonny actually shot him, but there was little doubt his newfound offspring would survive. In the aftermath, Sonny was willing to let “Dominic’s” betrayal slide — because family — but Dante wasn’t as eager to drop his code of ethics in exchange for a criminal father, despite not turning him in as the shooter.

“I thought maybe because we’re father and son we can build on that,” Sonny said to a recovering Dante.

“There’s nothing we’re going to build,” Dante spit back. “The fact that you are my father means nothing to me.”

That would eventually change, but not before Dante outed his brother, Michael, as Claudia’s true killer. As with the shooting and “Dominic’s” betrayal, they overcame that obstacle to build a genuine father/son relationship, just like Sonny wanted.

Now, Sonny just needs to get his memory back and return to his son and the rest of his beloved family in Port Charles. Perhaps with this presumed dead character in tow?

What did you think of the storyline that gave Dante’s portrayer, Dominic Zamprogna, chills upon a recent re-watch? Were you surprised Sonny actually went through with shooting him? Which now-absent characters spotted in the videos do you miss most? Chime in below.

Relive Dante’s complicated life in the photo gallery below and then get your free daily soap-opera fix for General Hospital — and all of the other daytime dramas — delivered straight to your email inbox by signing up for Soaps.com’s newsletter.

A Tribute to General Hospital's...