Injured General Hospital Alum Starts Down the Long Road to Recovery: ‘The Surgery Was More Painful Than the Accident’ 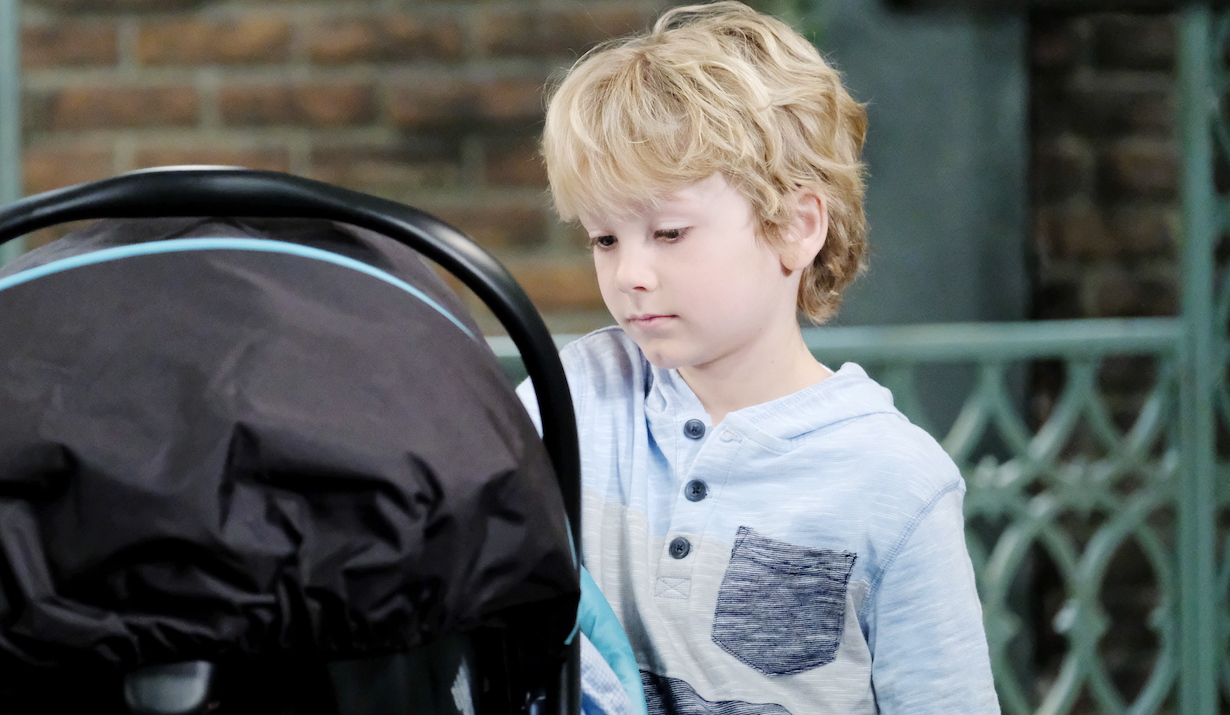 After T.K. Weaver (ex-Danny) hurt himself “being a kid,” as his mom put it, the healing began.

Regular Soaps.com readers will recall that on January 10, T.K. Weaver’s mom shared that he’d gotten so beaten up in a bike accident that “he doesn’t want its to post any pictures of his injured face.

“He has been through a lot,” she added. “He had surgery and got some stitches. He has been really tough.”

Moved by the outpouring of love and support that the youngster received from General Hospital fans who remember him as Jason and Sam’s son, Danny, Mom decided on the 14th that “I owe you all an update. Your kind thoughts, prayers and messages have meant so much.”

So, how is the talented tyke doing? Well, “T.K. still doesn’t want me to post a picture of his face, but the swelling on his left side has gone down quite a bit already,” she wrote. “The lip and mouth are still very swollen and beat up.

“Most of the trauma was to his mouth,” she added. “The middle to left side mostly. Inside and out.”

But Weaver has begun taking the first and even second steps toward a full recovery. “We have seen plastic surgeons and dentists every day this week,” Mom reported. “There is nothing more we can do until he heals a little more.

“He looks great from the nose up,” she continued. “Especially in photos where it’s harder to see the swelling.”

For the moment, though, it’s sort of a wait-and-see period as to what follow-ups will need to be taken. “Over the next couple weeks, he is being monitored by both a plastic surgeon and an oral surgeon,” Mom shared. “We’re hoping to keep the scars as minimal as possible, and we are keeping a close eye on his teeth and jaw. He says the surgery was more painful than the accident, and he’s going to be a little more careful on his bike.”

In the meantime, his family is counting their blessings. “It could have been much worse. We’re very thankful he has no broken bones. He is covered in scrapes and bruises, but what boy isn’t?

“Again, I want to thank you all for your messages,” she concluded, “and shout out to these kind kid-actor friends and their parents for reaching out extra, offering to send gifts, checking in privately… you guys are amazing.”

On your way to the comments to add your well wishes for Weaver, stop off at the below photo gallery, which revisits the life and times of Danny’s dad, Jason.

General Hospital Exclusive: As the...