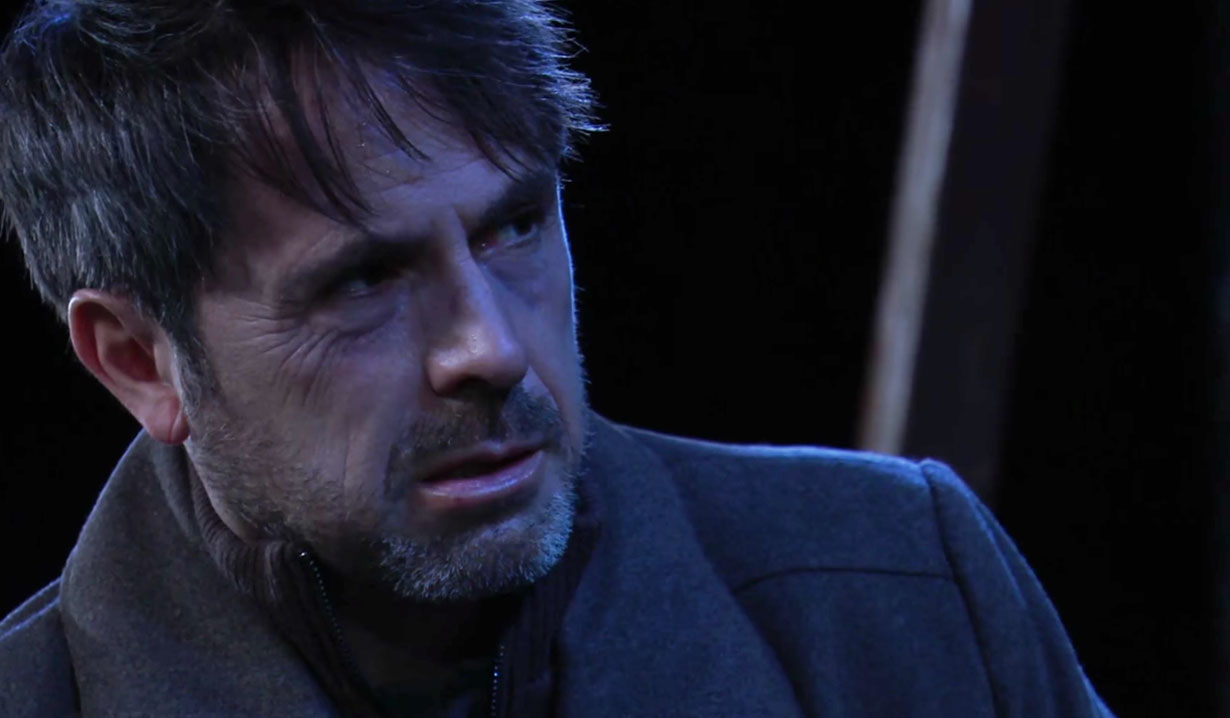 Prepare yourself for the unexpected this week.

In the preview for General Hospital, for the week of December 21 through 23, Sonny and Julian’s showdown comes to a tragic end. Last week Julian had made it to a bus station in New Jersey, bleeding from a gunshot to the abdomen, and was hopeful he’d be able to board a bus to Canada. After being haunted by visions of Duke, Connie and Alexis, he passed out and missed his bus. When he came to Sonny, Jason and Cyrus’ man had located him.

A shootout left Cyrus’ man dead at Jason’s hands, and the enforcer relying on Diane to get him out of the sticky situation. Meanwhile, Sonny gave chase to Julian and confronted him on an old rundown footbridge. Sonny wanted Julian to confess to the police that Cyrus put him up to planting the bomb, but Julian knew there was no way Cyrus would let him live if he did so. He took his chances running, which led to a second gunshot when he and Sonny fought over Sonny’s gun. As Jason arrived on the scene, the bridge collapsed sending Sonny and Julian into the river below.

This week, Jason jumps into the river after Sonny, and a body is recovered and bagged. Carly opens her door to police sirens, which is never a good sign. This comes right after Joss and Carly had a serious talk about their family, and their decisions to make the hard choice to be a part of this life because of the ones they love.

Read our General Hospital spoilers to learn who has a frank discussion with Jackie. Then take a look through our gallery of Jason Morgan over the years and be sure to get your free daily soap-opera fix for General Hospital — and all of the other daytime dramas — delivered straight to your email inbox by signing up for Soaps.com’s newsletter.