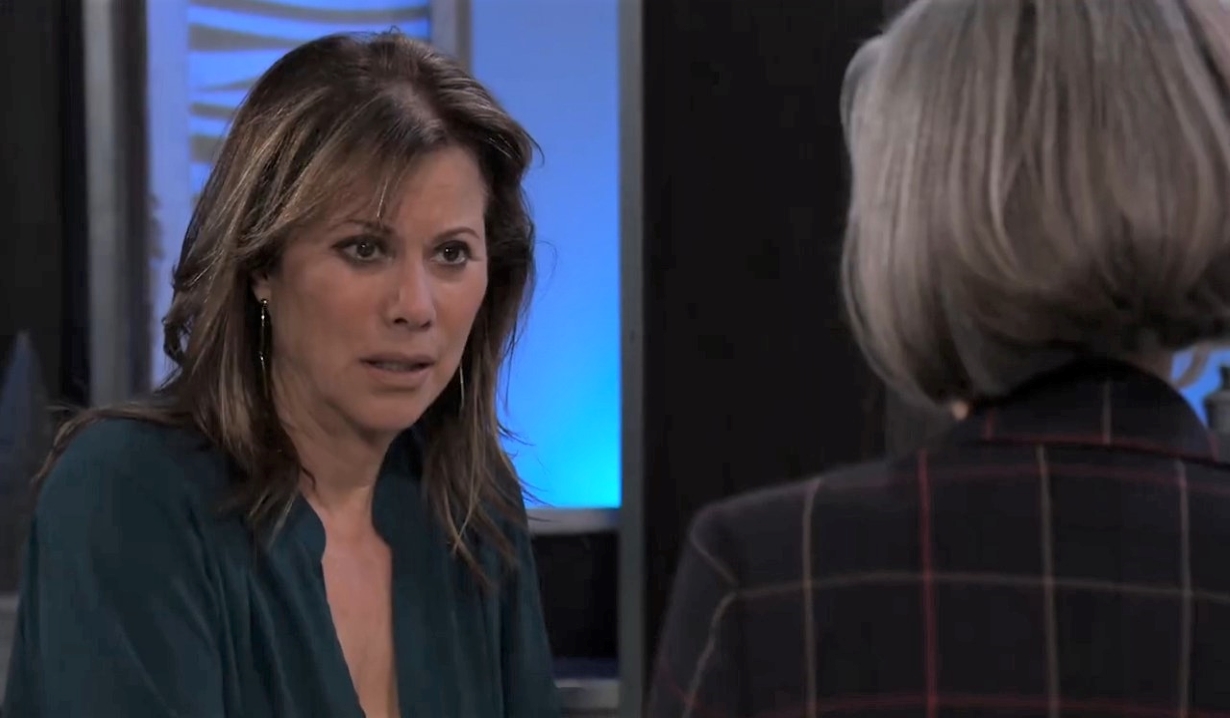 It’s a week of surprises on General Hospital that will have you holding your breath.

In the preview for General Hospital, for the week of December 14 through 18, Sonny, Jason, and Julian face-off after Sonny and Jason tracked Julian down to Manhattan. Julian went looking for Kim Nero, who happened to be at work when he arrived at her apartment, and he was shocked to find a nanny taking care of her son Andrew. He has no idea the baby is his. Will he learn the truth before his time is up?

In Switzerland, Franco and Scott went to see Dr. Kirk for answers about his tumor and the mysterious voice of Peter August he keeps hearing in his head. Kirk felt the tumor could be a response to the memory transfer Franco was forced to undergo, and the voice is lingering memories of Drew Cain’s. Unfortunately, when Dr. Kirk realized Obrecht was using him to further her vendetta against Anna and Peter, a knife was drawn, and Scott saved Obrecht from Kirk, only for Dr. Kirk to fall on the knife and die. How will they get themselves out of this mess?

Even though Michael and Willow finally know the truth, that Sasha and Chase didn’t have an affair, they have developed feelings for one another, complicating matters. It also appears Michael isn’t ready to forgive Chase, and the two get into an altercation at Sonny’s gym.

Desperate to keep Alexis’ drunk lips from revealing her and Ned’s affair to Olivia, Tracy does the unthinkable and sets Alexis up to be found passed out behind the wheel of her car. As if Alexis hasn’t had enough going on, perhaps Tracy’s scheme will actually send her into rehab and she’ll get the help she needs.

And if all of the above isn’t enough excitement, hold your breath as guns are drawn and Trina looks to be caught in the middle of more crossfire. The young girl has been desperate to clear her father’s name, only to learn from Cyrus he may be alive. She has no idea Cyrus is using her to draw Taggert out.

Read our General Hospital spoilers to learn who questions Cyrus’ true motives. Then take a look through our gallery of soap Christmas episodes over the years and be sure to get your free daily soap-opera fix for General Hospital — and all of the other daytime dramas — delivered straight to your email inbox by signing up for Soaps.com’s newsletter.

Did General Hospital Just Give...

Caught on Tape: The One Thing Jason...