General Hospital’s William deVry Ponders His Character’s Fate: ‘Somewhere in Canada, Nelle Has Julian Tied Up to a Bed’ 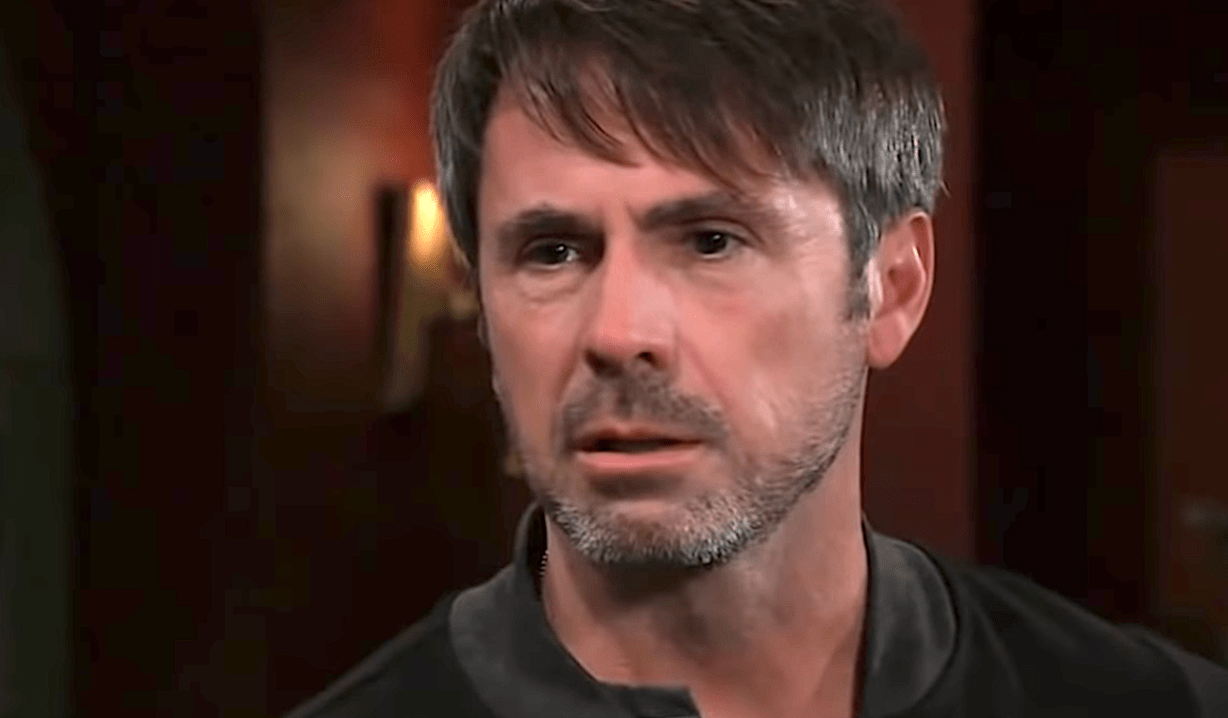 After his character took the plunge, the actor remained as funny as ever; just add water.

In the days that followed the momentous General Hospital episode in which Julian Jerome made like Josette Collins — get it, Dark Shadows fans? — William deVry jumped on Twitter to discuss the turn of events with his followers. When one pointed out that, after taking his flying leap, Julian appeared to be happy — at least as happy as one can be when their life’s been blown up as badly as the bar and grill they bombed — his portrayer suggested that “he may have looked like he had a little smirk ’cause he went out his way.”

Hey may have looked like he had a little smirk cause he went out his way. https://t.co/w1MXDOItdQ

After another viewer complimented deVry on the intense scenes in which Julian was held at gunpoint by his beloved sister, Maura West’s Ava, he shrugged off the praise. “Well,” he remarked, “Maura was good, anyway.”

You can also rewatch the two of them in action below; they’re practically the reason that the rewind button was invented.

As he’s wont to do, James Patrick Stuart (Valentin) chimed in to poke fun at his pal, observing, “Look who’s suddenly watching scenes he’s not in.”

Without missing a beat — honestly, has the guy ever missed a beat? — he shot back, “Only yours I do not watch. Everyone else is captivating.”

Only yours do I not watch. Everyone else is captivating. https://t.co/uVNltVHCb9

Later, deVry pondered Julian’s strange, watery fate. “Did Julian’s body wash out to the mainland?” Then he came up with another idea, one that actually didn’t seem quite so farfetched and would have reunited his alter ego with his “late” wife. “Somewhere in Canada,” he joked, “Nelle has Julian tied up to a bed.”

Somewhere in Canada Nelle has Julian tied up to a bed. 🥰

“If that’s the case,” tweeted Leslie B with a laugh, “Julian is probably wishing he’d let Ava finish him off.”

“Define ‘finish him off,’” cracked deVry. “I mean… we have inappropriate chemistry, but… ” (So much of it, in fact, that quite a few viewers hoped the Jerome siblings would one day discover that they aren’t siblings at all.)

Define finish him off? I mean…we have inappropriate chemistry but…. https://t.co/CoTCbHj4WO

When a fan pointed out that “everyone is still alive in soapland; even when they’re cremated, they’re still alive,” deVry deadpanned, as if General Hospital wasn’t packed with the living dead, “Is this true???”

Shortly, another fan floated the idea of a spinoff of the ABC soap featuring all of Port Charles’ presumed-doomed characters. Though that would be one biiig cast, “I like it,” replied deVry. “Ratings bonanza!”

Over the course of the day, deVry even received a tweet from his predecessor in the role, Jason Culp, who played Julian in the late 1980s. In response to his former character’s predicament, he quoted Homer Simpson: “D’oh!”

Round of applause for the original Julian please!!! 👏👏👏 https://t.co/oG9jhjKpKr

While you’re here, check out the below photo gallery, a collection of images of some of daytime’s all-time handsomest men. Is deVry among them? What do you think?