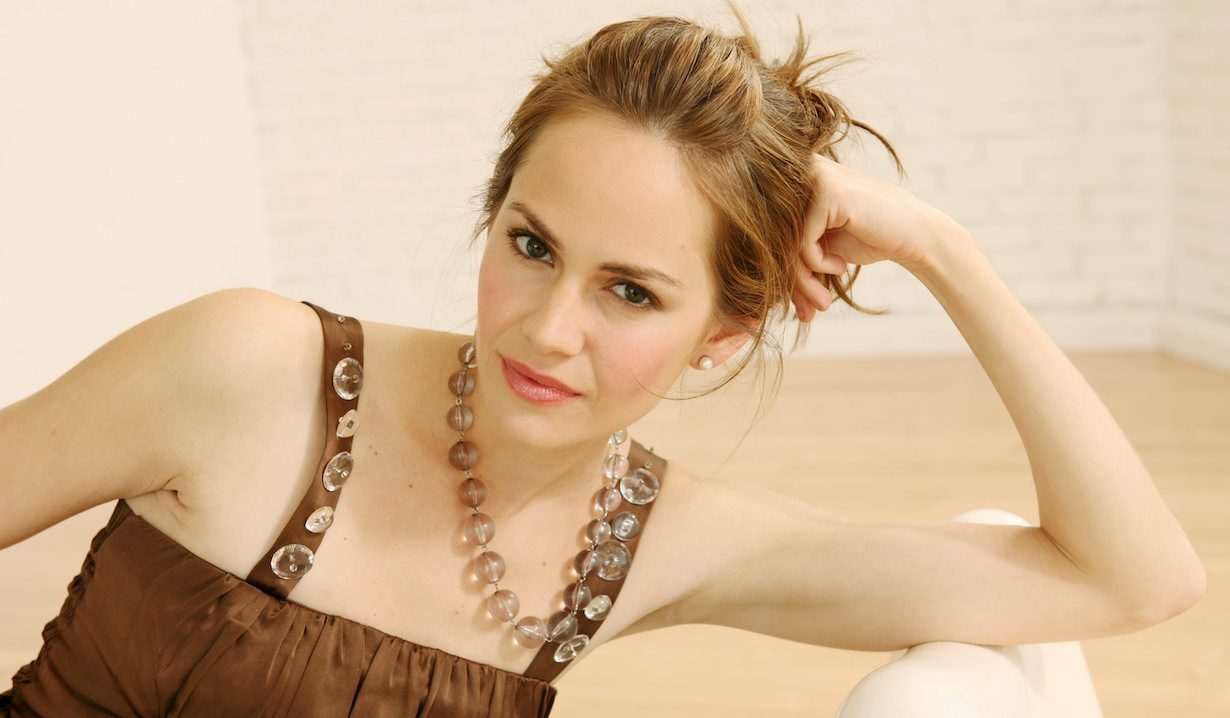 “I’m grateful to be remembered,” the Emmy winner tells Soaps.com, “especially with warmth and affection.”

Earlier this month, Soaps.com marked the anniversary of the death of General Hospital heroine Emily Quartermaine with an article lamenting the mistake that it had been for the show to dispatch the legacy character, not to mention jettison her talented portrayer, Natalia Livingston. The story got a huge response from readers who shared our opinion, so we let the actress know: Hey, even all these years later, fans still care. A great deal.

“It was such a fun, beautiful, challenging time in my life,” she adds, “and it’s nice that others responded to the storylines in the ways they did.”

More: Vanessa Marcil admits, ‘I’ve made so many mistakes’ 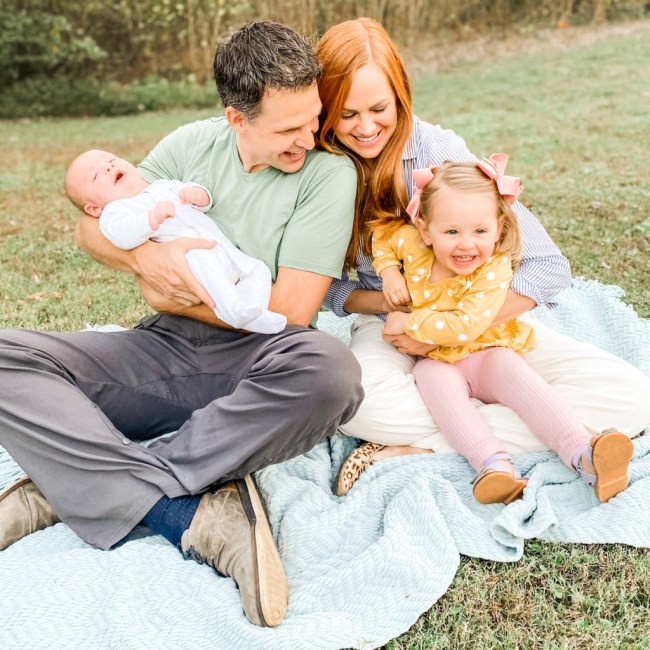 Livingston laughs that this family portrait is “the one photo we got out of about a hundred tries between meltdowns and bribes to sit still with apple sauce, cookies and tickles.”

Since Emily’s demise — as well as a short stint on Days of Our Lives (as Nicole’s sister, Taylor) and an ill-fated General Hospital return (as Emily’s twin, Rebecca) — Livingston has relocated to Alanta, where she now lives with husband Matt Aldag and their two children, Coco (Colette), 2, and Hux (short for Huxley), two months. “I love our neighborhood,” says the soap vet. “Our neighbors are our friends. I live close to my father and get to see him often — socially-distanced, of course.

“I’ve built a meaningful business for myself [at the Actor Boutique studio]. I haven’t auditioned in years,” she continues, “but there’s the opportunity to do so here if I ever feel like it. There’s so much to do and experience, and the people are warm and down-to-earth. It really is a dream come true for me in many ways.”

Two of those ways are, of course, Coco and Hux. “I wish you could meet them,” says Livingston. “They are the cutest, sweetest little human beings on the planet. Of course, I’m a little biased.”

The newborn is even letting Mom get a little shuteye. “Hux is finally waking up at 5:30 a.m., which is nice. I feed him, and then I get a quiet, peaceful hour by myself until Coco wakes at 7 a.m., and the wonderful whirl of a day begins.”

Owing mainly to these strange times in which we’re all living, the actress has “decided not to have extra help. And, I’m doing OK on my own. Truly, I’m enjoying every minute with them. I know life is short, and these are such precious times. One of my favorite quotes is ‘Enjoy the little things in life for one day you’ll look back and realize they were the big things.’ I think about that all the time as I move through my day.” 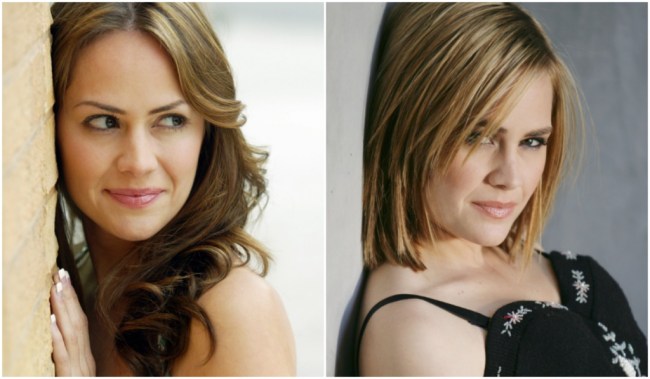 Would She Return to Port Charles?

Once in a while, Livingston also reflects upon the bright lights of Hollywood. “I think of it from time to time,” she admits. “Like I said, General Hospital was a beautiful chapter in my life. I loved it.

“I wouldn’t close that door,” she adds. “There would just be a lot to think through.”

If the ABC soap called tomorrow and said, “Guess what — we want to bring back Rebecca,” what would her portrayer’s gut reaction be? “I guess my gut reaction would be to wish that somehow Rebecca would end up being Emily,” she says. “That somehow they really killed Rebecca and Emily was alive all along. That would definitely be more attractive [than playing Rebecca again]. I miss Emily. They could have done so much more with her.”

And Rebecca… well, that idea just never quite worked. “I think there wasn’t a clear vision for her,” suggests the Emmy winner. “Maybe they were trying to make it catch with Nikolas in a different way, but it just couldn’t.”

More: Tyler Christopher ‘ready to get back to work’ 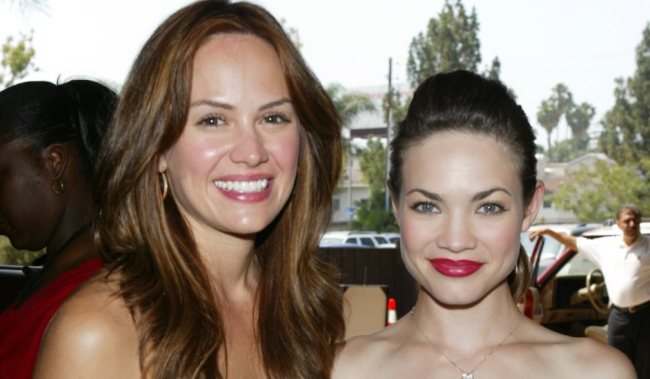 Fifteen years ago, Livingston and Rebecca Herbst (Liz) couldn’t have predicted what the future held in store. Could any of us?

Even the Hard Times Were Good Times

Not that Livingston is anything but grateful for her time in Port Charles. Ask her what the highlight of her run was, and you’ll find that she’s hardpressed to pick. “There were so many,” she says. “The day-to-day work was the highlight. I love to act and I got to do it every day.

“The people were the highlight,” she continues. “I had so much fun and met some truly beautiful people. General Hospital was good to me. The people were good to me. It was a special time. I’ve remained friends with several to this day. And winning an Emmy [in 2005] for my work was a highlight. That meant so much to me.”

As for lowlights, Livingston has trouble naming one. “There were hard times. Challenging times. But looking back, I’m grateful for them,” she says. “They refined me and taught me a lot. They led me to where I am now. We all have ups and downs. I guess it’s just the way you look at things in life. I’ve been so blessed.”

What do you think, General Hospital fans? Isn’t it time that Emily joined the ranks of Port Charles “living dead” and returned to complicate Nikolas and Ava’s marriage? Or do you have another idea for a comeback storyline in mind? Hit the comments, and while you’re here, check out the below photo gallery of characters that can never, ever be recast. 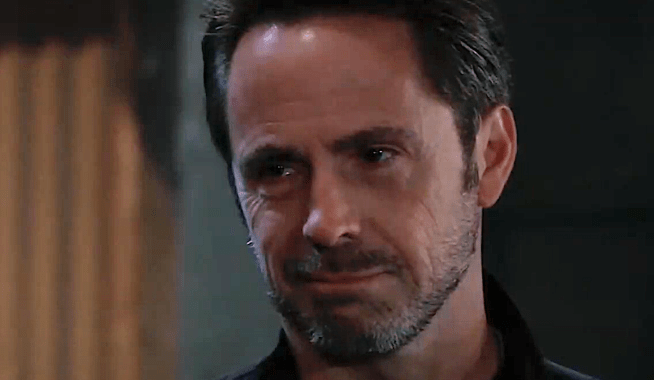 General Hospital Appears to Welcome the Grim Reaper: After the Explosion, the Question No One Wants the Answer to Is — Gulp — 'Who Died Tonight?' 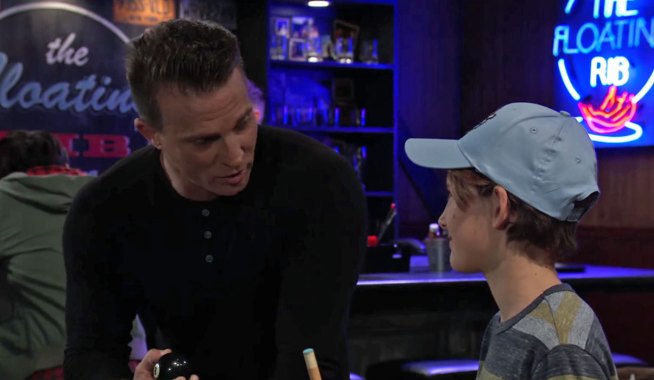