Did General Hospital Just Give Julian and Alexis Fans New Hope… or Declare the Couple Dead for Good? 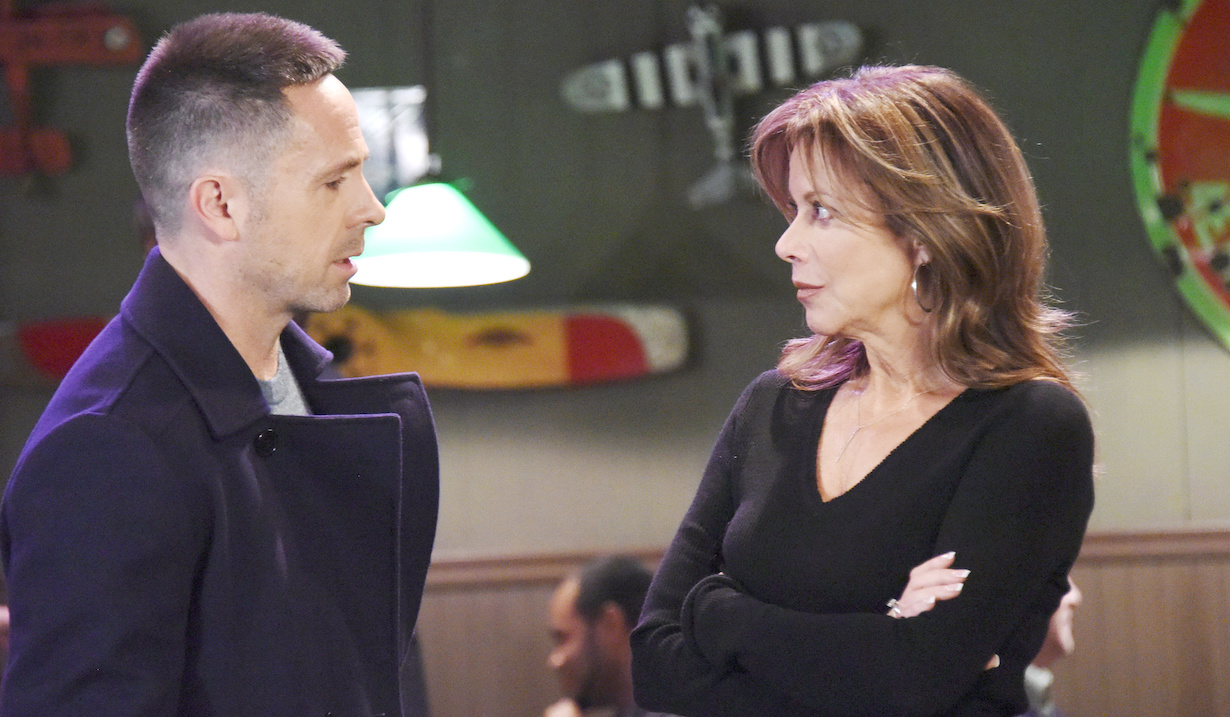 This week’s confrontation was brutal, heartbreaking and maybe, just maybe, encouraging for fans who want to see the former marrieds reunite.

Sometimes, you can’t help but think the folks at General Hospital really, really regret those scenes in which Julian held a knife to Alexis’ throat. Perhaps at the time, they thought it was something that would permanently sour Julexis fans on the pairing, freeing them for other partners. Or maybe they believed it was just an exciting moment, completely underestimating how strongly many in the audience would react.

Either way, the scenes have haunted the characters since first they aired back in 2016. They’ve been occasionally addressed but never in so forthright a fashion as unfolded this week when Julian walked in to find Alexis throwing back straight vodka at his bar. What followed were thrilling scenes in which portrayers William deVry and Nancy Lee Grahn — aided by a top-notch script filled with bitterness, recriminations and even gallows humor — reminded us why we loved Julian and Alexis in the first place.

He raised a good point in that she could have gone anywhere in Port Charles to get her drink on, yet chose the one place she would almost inevitably cross paths with him. It soon became obvious that she was, in fact, there looking for a fight.

When he referred to “what happened” between them that fateful night, she physically recoiled at his casual reference to the horrifying incident. “‘After what happened between us?’ Is that a euphemism for holding a knife to my throat?” she asked. “Or months and months of cowardice and betrayal and lying and violence and sneakin’ around like a little rodent?”

As if wanting to twist the knife — this time, one wielded by her — Alexis added, “We had some good months… four years ago. You know, a blip.” And then, she continued, “you tried to kill me. And I really didn’t have a problem with alcohol before you tried to kill me, and that’s just a fact. So you are responsible for the bottomless pit of crap that has become my life.” 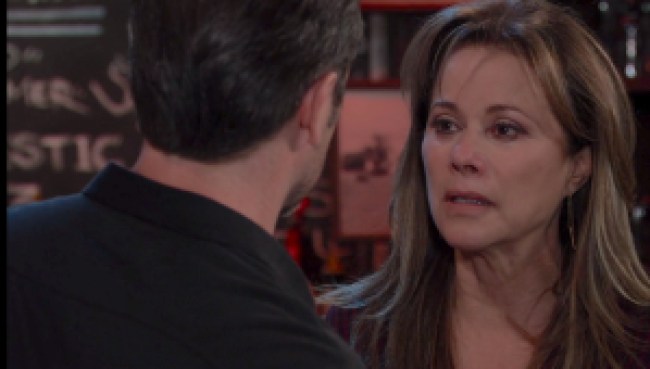 As painful as her words were for him to hear, it also was a turning point in the conversation. And it was also a moment in which we began to wonder if perhaps the writers were not so much driving a stake into the corpse of the couple but indicating that there might yet be hope for a resurrection. Because Julian’s instinct was to accept the blame and suggest that, just as he’d been responsible for her downfall, he might be the only one who could help Alexis reclaim all that she’d lost.

Maybe, some viewers no doubt thought, even their love.

“I need to do something good with my life before it’s too late, and I need to do it soon,” he admitted. “So please… will you let me help you?”

More: It might be time for Alexis’ ex to return

It was a simple moment but the kind on which entire soap-opera romances can hinge: a man desperate for a second chance hoping to find redemption by helping the woman he loved and lost. “I care about you,” he shared. “I am sorry. I didn’t mean to send the whole thing crashing down.”

By the episode’s end, we were as emotionally drained as Alexis and Julian, and perhaps more confused than ever about their future. When he sent her away, saying that if she didn’t go, he’d call her daughters, Alexis looked defeated. The fire had left her eyes, as if perhaps she’d hoped against hope that he might fight harder. Before leaving, she managed to inflict one last wound. 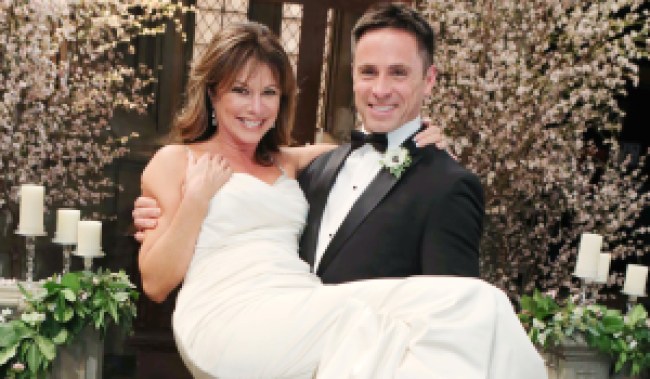 “At least when I piss my life away, the only person I’m hurting is myself,” she said bitterly. “You’ve destroyed everyone around you. We did one good thing. Besides our daughter, you have been a cancer in my life, and I can not wait until the day that I never have to cross paths with you again.”

The words were sharp, and they hit their target. Yet no sooner had Alexis exited the bar than her tough facade fell like the tears coursing down her cheeks. But was she crying for what had been, what could never be again or maybe, just maybe, she was distraught because the angry words she’d spoken hadn’t managed to douse the flames of desire which still flickered deep within her?

What do you think, General Hospital fans? Was that the end of Julian and Alexis… or simply the beginning of a new arc which might ultimately bring the much-loved couple back together? Can Alexis ever forgive the sins of Julian’s past? Can you? Hit the comments with the thoughts we know you have, then visit the gallery below in which we offer Alexis a few dating options should she decide she has to move on from poor, poor Neil. 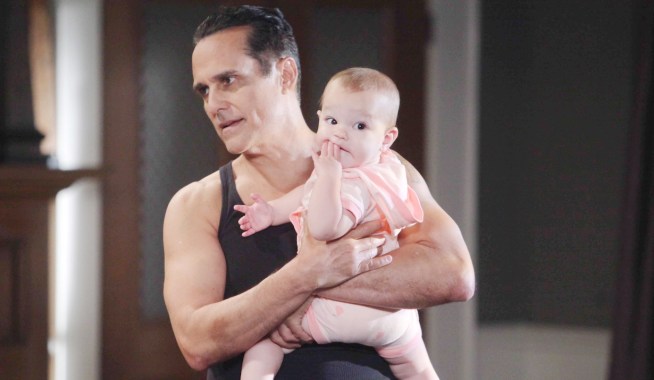 General Hospital's Maurice Benard Reveals the Family 'Diva' Who's Jealous of His New Grandbaby: 'His Feelings Are Hurt'

General Hospital Fans React in Shock to Rumors That William deVry and Emme Rylan Have Been Let Go — But What Have the Actors Themselves Said? 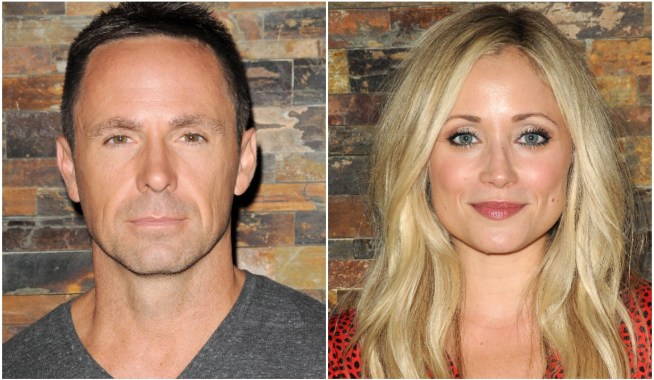