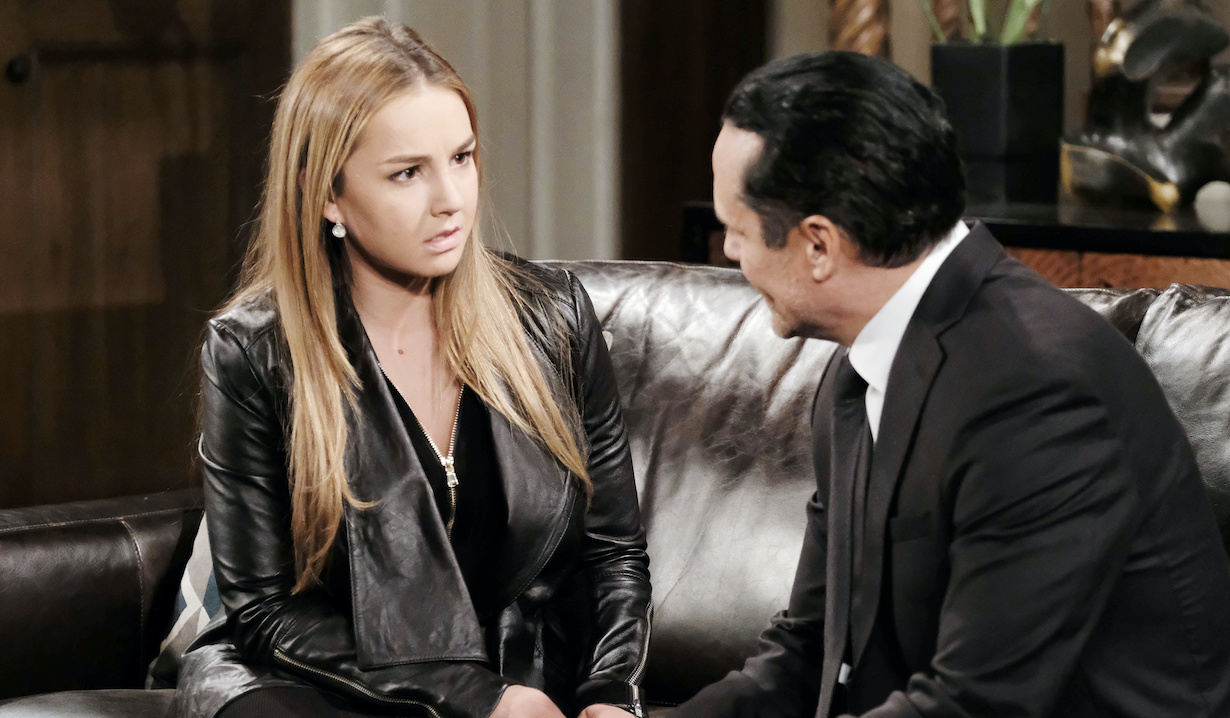 Mike’s granddaughter showed up for his funeral… but will she actually explain where she’s been?

When someone dies unexpectedly, family members are often unable to be by their side during those final moments. But when General Hospital’s Mike began deteriorating, it was an agonizingly slow process which was difficult on the entire Corinthos clan. In some ways, it brought them closer together — especially Sonny and his oft-estranged dad — but it also proved emotionally draining for everyone as they gathered around Mike’s bedside and watched him slowly fade away.

Well, everyone except Kristina, that is. As everyone from Ava to Brando got an opportunity to spend time with the increasingly frail Mike, fans couldn’t help but notice one very conspicuous absence: Sonny and Alexis’ daughter, Kristina. Not only was the young woman nowhere to be seen, but the only people to comment on her absence were viewers and us.

As the days passed, the young woman’s MIA status became increasingly noticeable and problematic. Stella announced that the family should gather and say its final farewells, but Kristina never appeared. Carly called Ava, who was caring for Avery while the little girl’s dad dealt with his own father’s situation, to say Sonny wanted “all of his children” to be there for Mike’s final moments. But no such call was made to Kristina.

Finally, the missing young woman showed up during Thursday’s episode, running into her father’s arms as the family gathered for Mike’s funeral. The two of them shared a long hug, each barely holding back the tears. Asked how she was doing, Kristina, her voice breaking, said that she was sad, but “it helps to know that Grandpa isn’t hurting or confused anymore.” It was a powerful moment… and it was the only one that Kristina (and portrayer Lexi Ainsworth) would have aside from a few cutaways to her sitting by her father’s side.

Everyone from Olivia (on behalf of Dante) to Elizabeth, Sam to Jason, Brando to Michael got up to speak. Joss sang, and even Ava — Ava! — was given an opportunity to reflect on Mike and his connection to Avery. But we never heard another word from Kristina. Even her unexpected return was upstaged when, at the episode’s end, Dante showed up.

We were thrilled to see Kristina and certainly don’t want to look the proverbial gift horse (no doubt of the racing variety, given Mike’s affinity for the track) in the mouth. But her presence felt like a tease — and a wildly unsatisfying one at that. 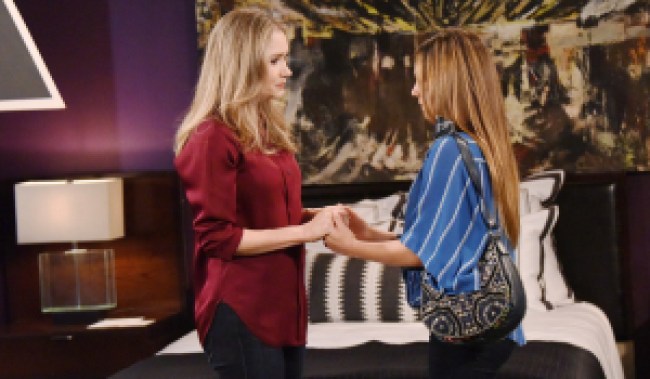 Perhaps Kristina has been busy reuniting with Parker… off screen.

Of course, this isn’t the first time that fans have been left frustrated by the writing for Kristina. Although there have been times when it looked as if she might get more story — Kristina’s got a boyfriend! Kristina’s sexually fluid! Kristina’s dating her teacher! — those plots haven’t usually led to her getting a whole lot of airtime. Even when Kristina joined a cult in a ripped-from-the-headlines story, it wound up being more about big sister Sam than anyone else.

It’s important to note that sometimes, a character’s appearances and even actions are dictated by forces beyond the control of the show and its writers. Actors may not be available for one reason or another, for example. It did, however, strike us as odd that an actress who was not only available but sitting right there, on set, wasn’t given more to do.

On the plus side, we’ve had a Kristina spotting, so we know the character is alive and well and, for all we know, creating some kind of mischief off screen. Perhaps the fact that she resurfaced for Mike’s funeral is an indication that we’ll be getting more of both the character and her popular portrayer in the future. Until then, hit the comments with the story you’d love to see for Kristina. Then visit the gallery below to see which other characters we’re also anxious to see return to Port Charles.

Legacies Recap: A Full Moon Illuminates the Truth About [Spoiler]