General Hospital’s Jason and Sam Are Obstacle-Free… So Why Haven’t They Gotten Remarried?

We get that they’re not the most traditional couple ever, but c’mon.

This is a strange, strange moment in the history of General Hospital supercouple Jason and Sam. Why? Because there is nothing and no one standing between them. It’s almost unprecedented, really.

Sure, Jason’s bestie’s dad died and that’s a bummer. And so did Sam’s mom’s boyfriend; also a bummer (to the point that petitions are being circulated to get him un-killed off). But people are always kicking the bucket in Port Charles. It’s just sorta the norm. If locals tried to schedule their nuptials around untimely demises, no one would ever tie the knot.

You could say that Cyrus poses a threat to the former Morgans. Heck, we even would say that the mobster is a clear and present danger, considering the “accident” that he arranged to befall Stone Cold. But day-to-day, Cyrus isn’t an impediment to JaSam’s togetherness, not the way that her much-maligned parole officer was.

Poor Delores. She was apparently the one person in Port Charles law enforcement who didn’t get the memo that rules don’t apply to frontburner supercouples. And Sam’s new p.o. doesn’t seem to care one way or the other whether she hangs out with Jason. “What, he has a criminal record? Hey, and you shot somebody. You guys got a lot in common. Neato!”

So why haven’t Jason and Sam taken any steps toward remarrying? For the first time since his resurrection, they can “I do” it without hurting Drew (RIP) or revealing to Shiloh that they’re as into each other as they ever were. Jason wasn’t even mad that Sam traded their son’s ELQ shares to Valentin to get herself a p.o. whose interest in enforcing rules was about as great as mine is in going sober. So there’s literally nothing standing in their way.

We’re not picky: A white dress and tux need not be involved.

It could be argued that marriage just isn’t foremost on the duo’s minds. They’re unconventional to begin with — we flash back to their first wedding every time we order in Chinese — and in their hearts, they already consider themselves husband and wife. So you could theorize that they don’t care about a piece of paper or a ceremony.

But… having been through everything that they have, having almost been separated yet again by Jason’s near-fatal bike crash, you would just think, “Yeah, let’s make it official,” wouldn’t you? Or is that just us? If we just got back the “deceased” love of our life and went to hell and back in order to be together, if nothing else, we’d wanna get married for the sake of the party afterwards. (And an excuse to leave the kids with the sitter and take off on a honeymoon.)

What do you think, General Hospital fans? Does it strike you as odd that JaSam have made no move toward remarrying? Is it the show’s way of bracing us for when they move her on to another man or move him on to another woman? Or is this quibble much ado — or should we say much “I do” — about nothing? On your way to the comments, why not stop off at the photo gallery below, which tells the couple’s love story from the beginning. 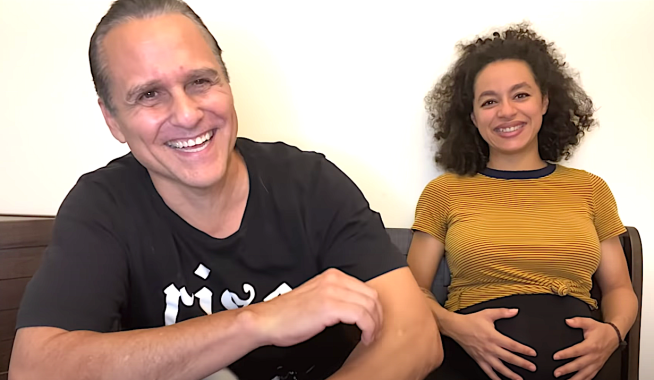 General Hospital's Steve Burton Closes the Door On a Reunion for Jason and Elizabeth: 'I Don't Believe' It's Going to Happen 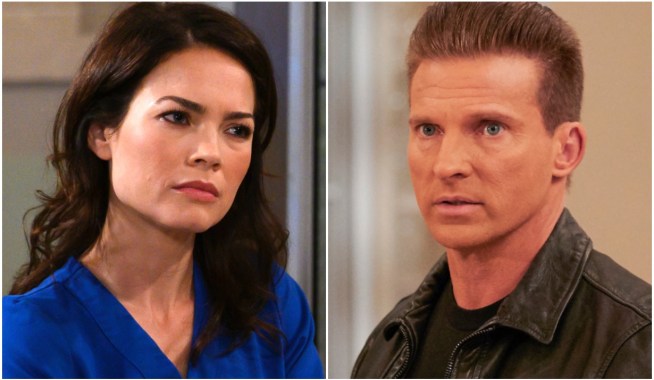