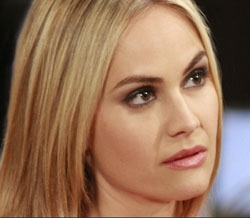 It has been confirmed to Soaps.com that Natalia Livingston will be leaving her role as Rebecca Shaw.

A spokesperson for ABC Daytime stated, “We were thrilled that we were able to get Natalia back for a second run, after her Emmy winning turn as Emily Quartermaine. The character of Rebecca Shaw will soon depart the canvas and Natalia has decided to pursue other projects. A beloved member of the GH family, the entire cast and crew wish her well in all her future endeavors.”

No word on the date of her departure, but you can be sure we will keep you updated on any breaking developments.

Are you disappointed Rebecca and Natalia are leaving General Hospital? Share your thoughts below.