General Hospital’s Kimberly McCullough to Kelly Thiebaud: ‘You Stole My Hairdo and My Job’ 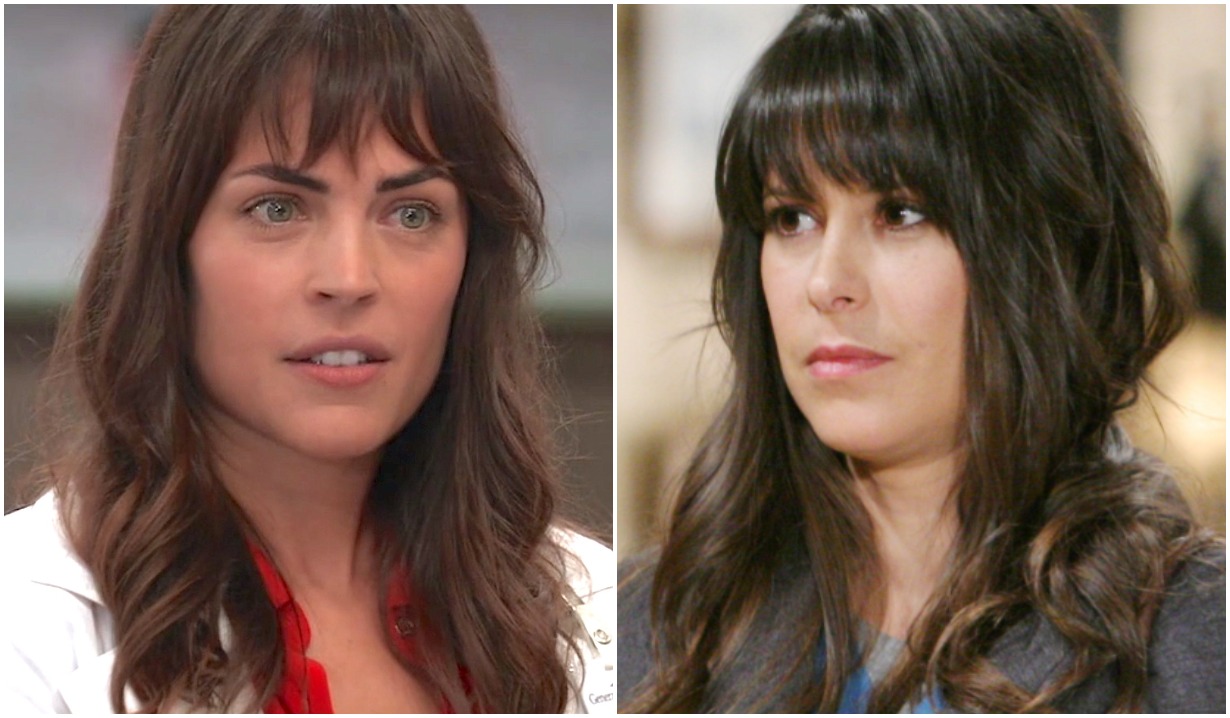 The Emmy winner took to Twitter with her hilarious reaction to her onetime co-star’s comeback as The Britch.

It wasn’t just the current roster of General Hospital doctors and nurses that was shocked when, upon Kelly Thiebaud’s return to the soap in Friday’s episode, her troublemaking Britt Westbourne announced that she, of all people, was the new chief of staff. Kimberly McCullough, aka the former Robin Scorpio-Drake, was taken aback by the plot twist, too.

In fact, the Emmy winner was so startled that she took to Twitter, tagging her ex-castmate and asking, tongue in cheek, “What up, Britt? You stole my hairdo and my job.”

What up Britt? You stole my hairdo and my job 😷 https://t.co/zK8QWzBsdt

The playful ribbing is perfectly apropos, given that once upon a time, Britt schemed to within an inch of her life to land Robin’s “widower,” Patrick. And Dr. Scorpio-Drake was a hell of a good chief of staff! (McCullough’s not wrong about the hairdo thing, either; see photos above.)

In recent days, the beloved General Hospital alumna, who originated the role of Robin when she was just 7 years old, has been playing catch-up on missed episodes. She was as shocked as the rest of us when it appeared that a night of passion with Alexis had done in Neil. (Now we know there’s more to the story, but still… it was a jaw-dropper!) “Wait, who is Neil?” asked McCullough. “Alexis killed her therapist?!?”

All kidding aside, the actress, who’s now slaying as a primetime director — she’s worked on shows ranging from One Day at a Time and It’s Always Sunny in Philadelphia to The Bold Type and Roswell, New Mexico — seems to have been feeling a bit nostalgic lately. “In all seriousness,” she tweeted on September 9, “I miss my General Hospital family so much.

“My relationships there gave me the greatest foundation for what I’m doing now in [my] life and in my career. Really special humans on that show.”

In all seriousness, I miss my @GeneralHospital family so much. My relationships there gave me the greatest foundation for what I’m doing now in life and in my career. Really special humans on that show https://t.co/YT9nR93OPu

That, we believe 1,000 percent. Say, while you’re here, maybe you’d enjoy perusing the below photo gallery; it’s chock-full of then-and-now photos of soap stars like McCullough who over the years grew up before our eyes. Oh, and be sure to sign up for Soaps.com’s newsletter — it’s a free way to get all the latest news and previews delivered right to your email inbox!