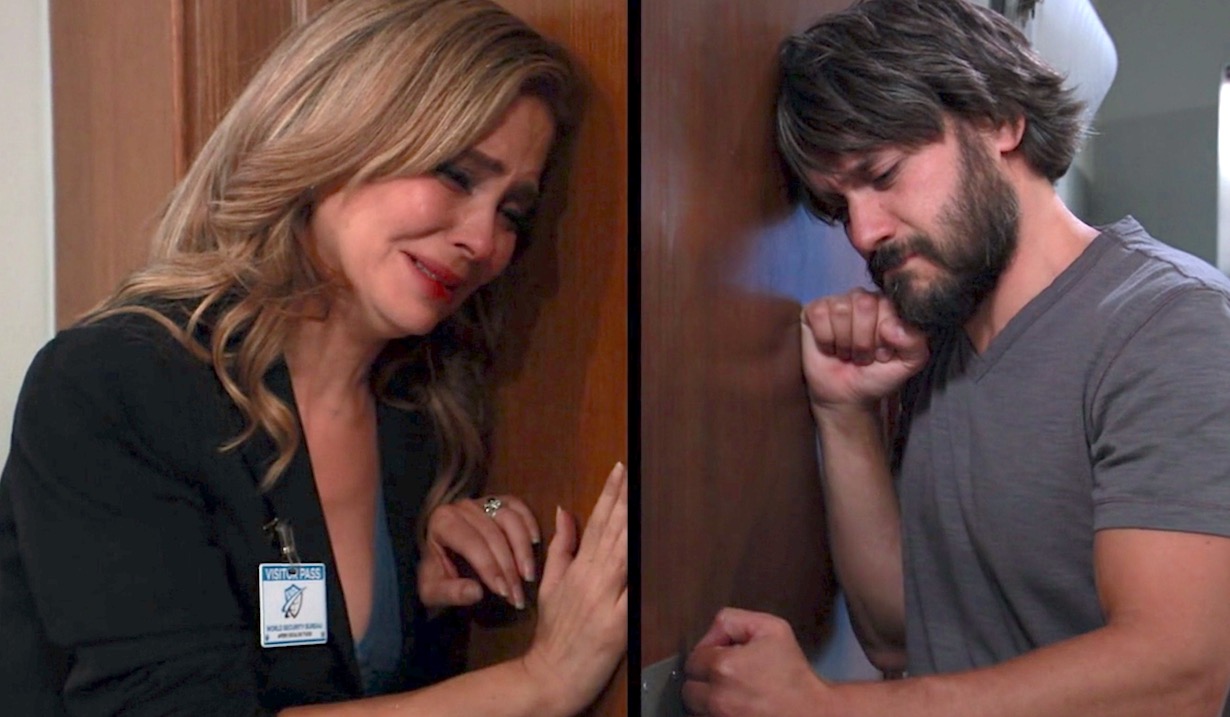 “We’re collectively blown away by you,” Dante’s portrayer told his on-screen mother.

It wasn’t just the audience of General Hospital that was reduced to rubble by Lisa LoCicero’s crushing performance as Olivia in the September 8 episode, where Dante refused to see his mother in our daily recap. Her work also profoundly affected her on-screen son, Dominic Zamprogna (Dante), and his family.

Post-air, the actor tweeted out her most emotional scene (which you can watch in full below) and wrote: “I just wanna tell Lisa LoCicero the Zs just watched this, and we’re collectively blown away by you.”

I just wanna tell @lisalocicerogh the Z’s just watched this and we’re collectively blown away by you. Also you made Linda cry.😘😘😘😘😘 https://t.co/ggtsOx7QnJ

In the clip, Olivia is informed that Dante, fearing for her safety, has refused to see her. Now, if you know Olivia at all, you could have predicted that she wouldn’t simply take no for an answer. “Dante Angelo Falconeri, you open this door right now,” she demanded, pounding on the barrier that separated her from her son. But inside, her heart was breaking. Soon, so was her voice. “Sweetheart… honey… listen, I know that you’re trying to protect me right now. I know ’cause that is the kind of person that you are. You’re always concerned for other people. You’re always  trying to do the right thing.

“I wish I could say that I taught you that,” she continued, LoCicero’s tone as full of anguish as her face, “but that comes from you. That comes from inside of you. That was there the day that you were born.”

At this point, every mom watching had to have started on her second Kleenex. LoCicero left it all on the soundstage, demonstrating a vulnerability that was as wondrous to see as it was crushing. “I remember holding you,” Olivia said, “just blown away that there was such a perfect person in this world — and you are. You are perfect, and I love you just the way you are. And my love is stronger than fear, and it is stronger than PTSD, and it is stronger than this door!”

Ah, if only it was. In the end, Dante didn’t open the door to reunite with his mother. We were wrecked. “Also,” Zamprogna tweeted to LoCicero, “you made [my wife] Linda cry.”

She wasn’t the only one. Fans chimed in with their astonishment at the rawness of LoCicero’s performance. So did Eden McCoy (Josslyn). “Anybody else screaming, ‘Open the door?!’” she asked. “Just me? So amazing, you guys.”

What did you think of LoCicero’s performance? On your way to the comments — go ahead and dry your eyes first — perhaps you’d enjoy perusing photos of the General Hospital characters that you recently picked as your most-loved of 2020. All you have to do to see who they are is click on the gallery below.