General Hospital’s Nelle: 3 Places She Could Be Hiding — and With Whom! 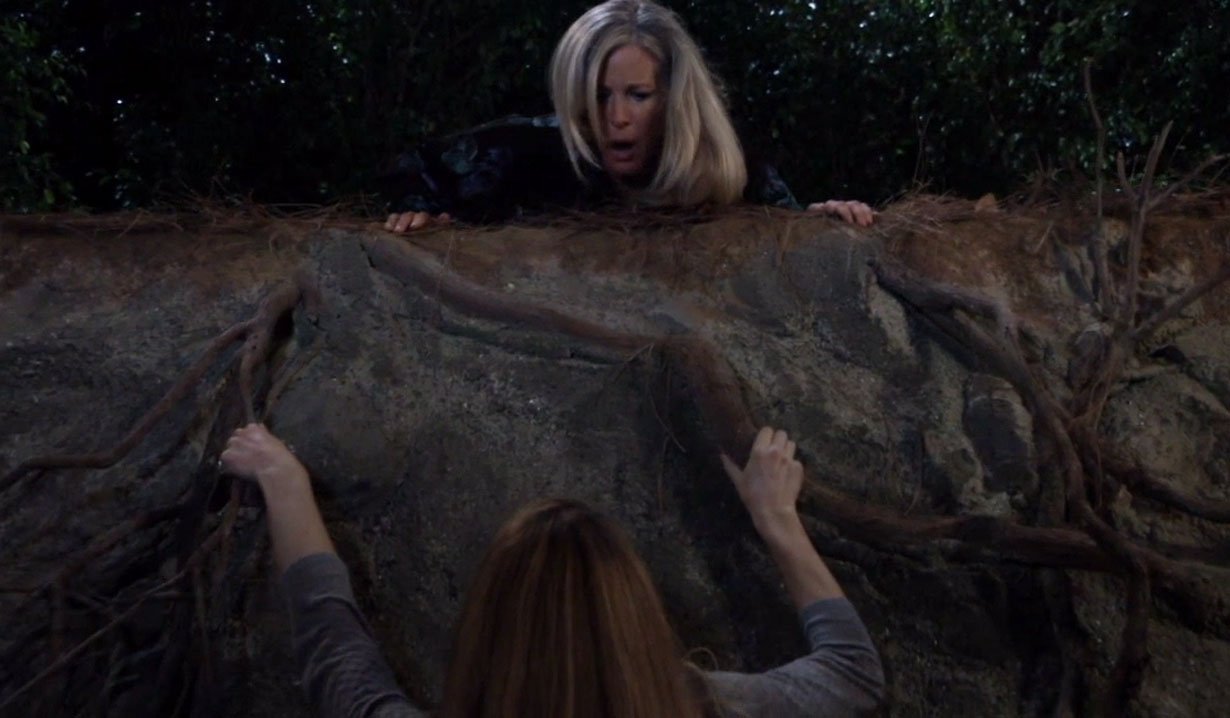 Oh where, oh where has our troublemaker Nelle gone… Where can she be?

Over the cliff you go! Well, that wasn’t exactly how it happened, but the fact is, even though Carly Corinthos’ (Laura Wright) offered her hand, Nelle Benson (Chloe Lanier) lost her grip and fell over the cliff on General Hospital’s Thursday August 27 episode. A body wasn’t found and it’s unlikely that Port Charles will be free of Nelle so easily, but the question remains… Where is Nelle?

The General Hospital Fall Previews reveal that Julian (William deVry) will be willing to do whatever it takes to make sure he doesn’t go down with Nelle. Could he somehow have found Nelle at the bottom of the cliff – or sent someone to find her – and now has her locked away in an undisclosed location – maybe a secret room in the basement of Charlie’s Pub? If this is the case, and with Julian’s mobster past, it wouldn’t be a far stretch that he would murder her or have her removed for good without anyone the wiser. Therefore, she could now be in shallow grave somewhere.

Then there’s Jax Jacks (Ingo Rademacher)… He was pretty intent on Carly staying quiet about her struggle with Nelle. Could it be he found Nelle after the fall and whisked her away into hiding at his place in order to keep Wiley safe and to keep her away from those he loves? Then again, Carly keeping quiet would be to her advantage, since everyone knows how much she hates Nelle, so Jax could simply be advising what is best for her.

How about Harrison Chase (Josh Swickard)? It’s no secret there’s no love lost between him and Nelle. Actually, Nelle is the reason that he lost Willow (Katelyn MacMullen) to Michael (Chad Duell). Maybe Chase rushed to the scene and found Nelle and now has her. Wednesday’s spoilers feature Chase wanting to come clean… Whether it’s about Nelle or not, it’s possible he’s the reason for her disappearance.

But in the end, Nelle has always been resourceful, so she could very well have survived the fall and crawled out of sight for the time being…

What do you think? Discuss the possibilities in the comments then view the gallery below highlighting another time Nelle made a royal pain of herself to others. And get your free daily soap opera fix for General Hospital, and all other soaps delivered to your email inbox by signing up for Soaps.com’s newsletter.

General Hospital Is Saving for Last...