General Hospital Spoiler: Sonny Receives What May Be the Call He’s Most Dreaded 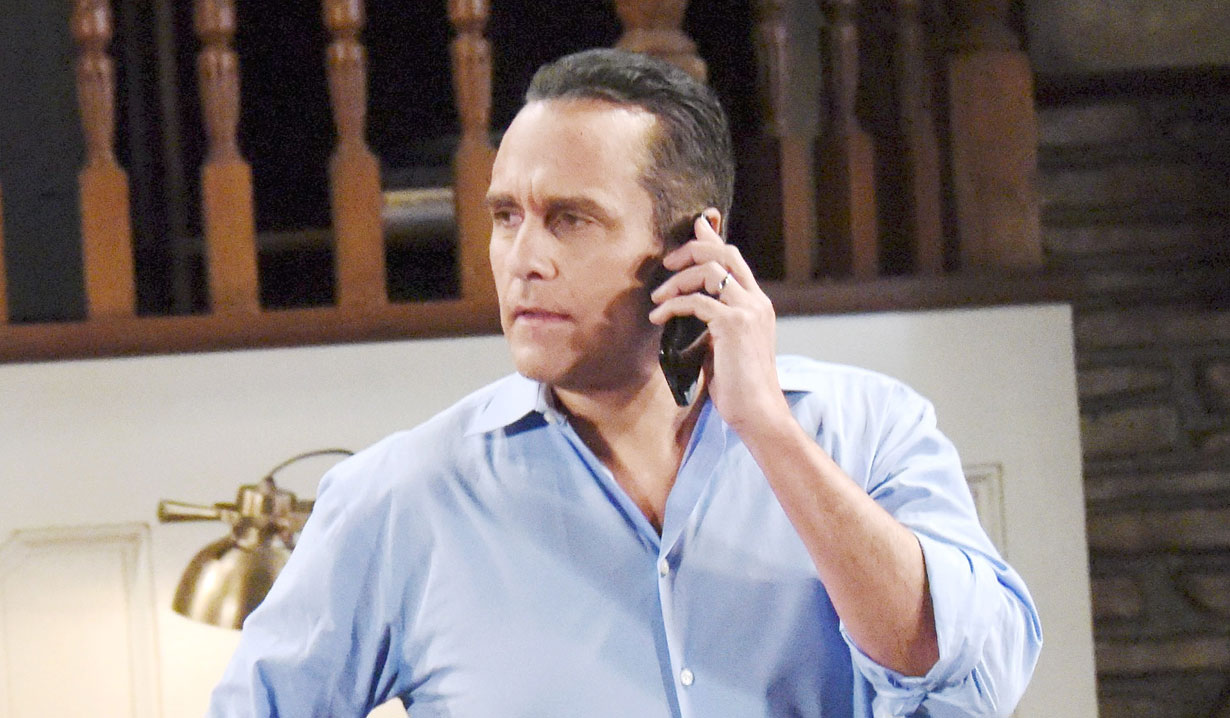 It’s been a hard, emotional road for Sonny…

A few weeks back, after Mike had stopped eating, Sonny had been contemplating whether or not to have a feeding tube inserted into his father in order for him to get the nutrients he needed to survive. However, after talking with Felix at General Hospital, and learning that Mike’s girlfriend Yvonne had complications from the same procedure and had to be restrained so she couldn’t pull out the tube and ventilator, Sonny decided against it, knowing Mike would never want to live that way. In the General Hospital spoilers for Monday August 24 Sonny receives a call about Mike and later on Wednesday August 26 gets the confirmation he needs. However, will the news regarding Mike be good or will the call be one Sonny has been dreading for months?

After Sonny’s decision, Mike was transferred back to Turning Woods where his father felt most ‘at home’. The call could be to inform Sonny that Mike is starting to slip away and that the family should say their goodbyes as soon as possible. If this is the case, Sonny will rush to Turning Woods to be by his dad’s side. Once there, he could end up having a coherent conversation with Mike, who lets his son know that he is at peace and ready to really go home. As sad as saying goodbye would be for Sonny, in turn he would then get confirmation that not prolonging Mike’s suffering via the feeding tube was the right thing to do.

Another sadder twist… Though we would love it if the call was to notify Sonny that Mike began eating again and was improving, due to the severity of Alzheimer’s, the call could be to let Sonny know that his father passed away peacefully in his sleep after returning to the nursing home. Knowing that his father didn’t suffer, would also confirm that, in the end, Sonny did what was best for Mike.

What do you think the call will be about? Discuss your thoughts in the comment section then take a look at our gallery below containing other challenges Sonny has faced throughout the years. Want more soap opera scoops? Sign up for Soaps.com’s newsletter delivered straight to your inbox daily.

‘Mrs. Doubtfire’ Broadway Review: What A Drag It Is When A Premise Gets Old