Scott Reeves’ first airdate as Steven Webber on General Hospital will be December 9.

As reported by TV Guide Magazine, Scott Reeves (ex-Ryan, Y&R) will be joining the GH cast in the recurring role of Steven Lars Webber.

The character of Steven will be the new chief of staff at the hospital and will be involved with his half-sister Elizabeth, Lucky and Nikolas.

Married to Melissa Reeves (ex-Jennifer, Days), Scott has been living in Nashville and working on a country music career over the years, as he is part of the duo Blue Country. Scott and his wife are also set to launch a syndicated radio show called, “The Scott and Melissa Reeves Show.”

General Hospital Poll: The Latest in... 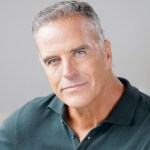