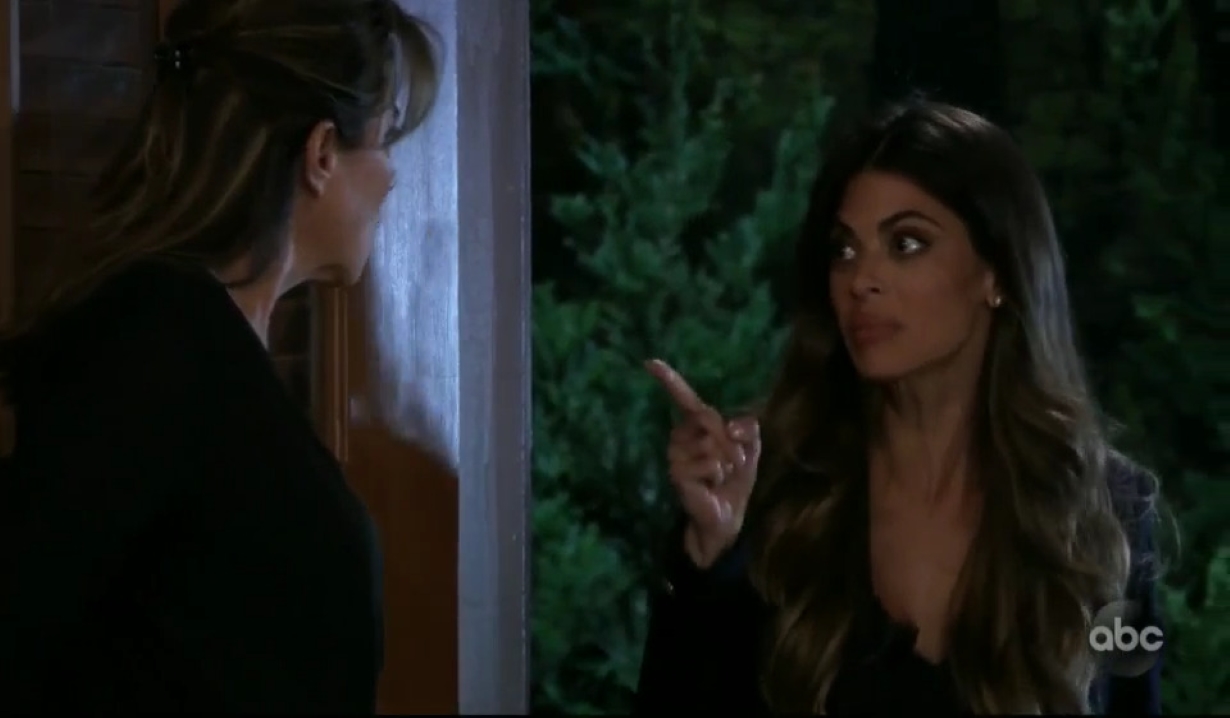 No stand-ins or blow-up dolls required.

The Bold and the Beautiful’s socially distanced scenes were the first to air after the months-long shutdown. Now, General Hospital is back under their own new safety rules and regulations and it appears the daytime dramas have two very different systems in place. Soaps.com reached out to ABC regarding which scenes were taped post-shutdown and which were already in the can. While we wait for confirmation, I can’t help but speculate over General Hospital’s approach to social distancing and other highlights from the first two episodes back.

While The Bold and the Beautiful is using the actors’ significant others for intimate scenes, keeping everyone six feet apart, and even splicing together scenes after shooting the actors working opposite mannequins, General Hospital has taken a slightly different approach. In an interview with Eyewitness News executive producer, Frank Valentini, explained GH’s safety procedures. Those include constant testing, experts on set, actors wearing face coverings when not filming, and limiting physical intimacy, which will probably mean fewer love scenes.

The main thing is to keep everyone safe no matter which system the shows use. There’s already been news of Kelly Monaco’s temporary exit as Sam McCall, but the actress is reportedly healthy. In addition, actors such as Nancy Lee Grahn credited the soap opera for keeping everyone safe on set.

Speaking of Sam’s recast, Lindsay Korman-Hartley first aired as a temporary Sam McCall on Tuesday. Since Monaco’s mother tweeted Kelly was healthy, but not at work because of face-covering issues, we’re pretty sure the scenes were taped post-shutdown. That and the larger than usual distance between Hartley and Nancy Lee Grahn (Alexis Davis) in their scenes and Sam and Jason not embracing when they met in secret had us assuming. It’s tough to be a recast in a beloved, well-known role, but Hartley did a great job. She came off as totally natural and I was drawn to her portrayal. 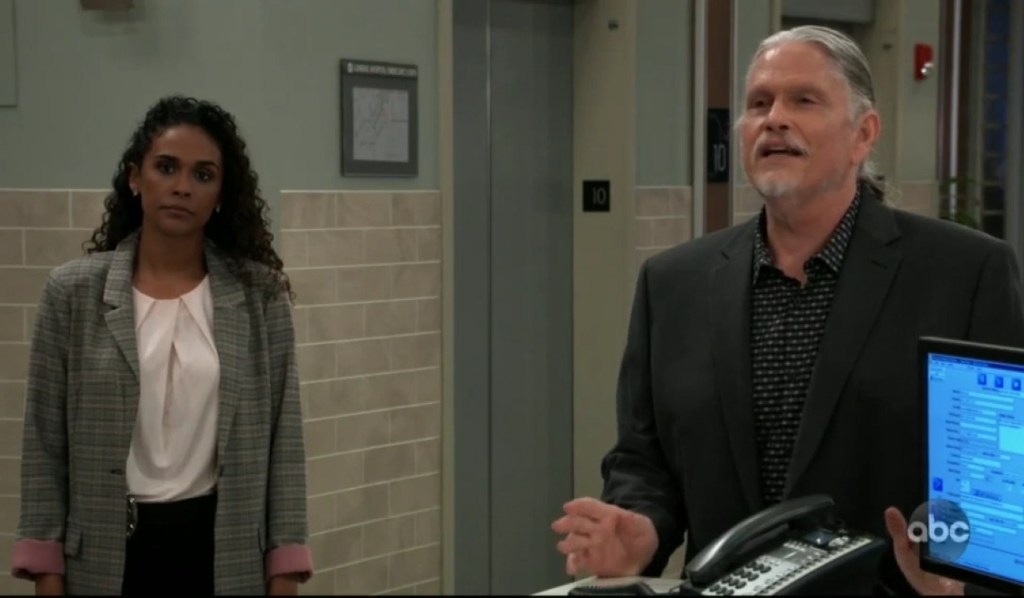 Other scenes that looked to have been shot post-shutdown were the ones in the Corinthos kitchen and the hospital. Instead of huddled up around the bowl of moss on the island, Sonny, Carly and Jason seemed to be standing farther away from each other than normal. Likewise, Monica, Portia, and Cyrus felt extra distanced at the hospital but not overly obvious. While I applaud the CBS soap opera for its new safety protocol system, General Hospital feels more seamless right out of the gate.

Since there’s no indication General Hospital is using actors’ significant others as stand-ins, love scenes will probably be eliminated for a while. There was a kiss between Ned and Olivia on Monday’s episode, but actress Lisa LoCicero tweeted those scenes were taped before the shutdown. On a side note, what piqued my interest was the tension between the marrieds over Ned’s focus on ELQ and Olivia’s grief over Dante. Makes me wonder if Robert’s support and commiseration might lead to something more between him and Olivia.

Look at me! Paul Lynde! Center square! #GH happy to be back with new shows! To those asking, the kiss 💋 was filmed before we broke..😷 https://t.co/5bV5LaNolr

Another highlight was Dominic Zamprogna returning as Dante Falconeri in the first episode back. It was a great gift to fans that sets up what is sure to be a dramatic storyline for him. There was also a fun All My Children Chandler family reference on Tuesday between the soap opera’s alums Michael E Knight (Martin Gray) who played Tad Martin and James Patrick Stuart (Valentin Cassadine) who played Will Cortlandt. They even alluded to Skye Chandler Quartermaine and her daughter Lila Rae.

I’m taking it as a good sign that we aren’t absolutely sure which scenes were taped pre and post-shutdown. Again, the main concern is the cast and crew staying safe. As long as that continues, it doesn’t seem as if the new guidelines will adversely affect viewers’ enjoyment of watching General Hospital. Sure, love scenes might be scarce, but that just means more soapy longing and angst, which is a genre staple after all.

What do you think of the new episodes back after the long hiatus? Sound off below and then look through the photo gallery of the ABC soap opera’s cast and their real-life partners should they require emergency stand-ins – and don’t forget to sign up for Soaps.com’s newsletter for everything General Hospital.

General Hospital Fans React to the...