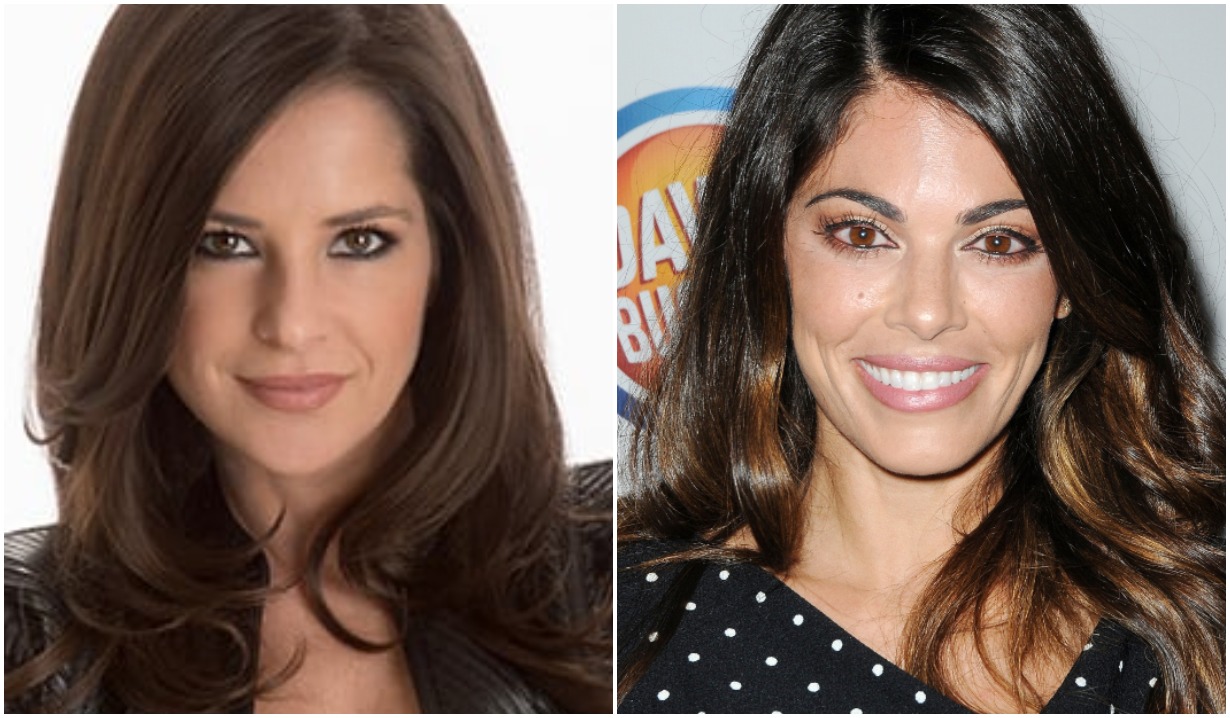 Kelly Monaco’s substitute is a veteran soap vixen who sings and directs.

Kelly Monaco is out as Sam at General Hospital (briefly!) while Lindsay Hartley (All My Children’s Cara, Days of Our Lives’ Arianna and Passions’ Theresa) is in. About her new role, the actress stated on Twitter, “Some big shoes to fill… precious, too. I hope you enjoy watching Sam as much as I have enjoyed playing her, temporarily.”

Hartley’s a familiar face to many from her years in soaps. But since it’s been a while since she’s done daytime duty, maybe it’s time for a little refresher on just who she is and what she’s done!

On Passions from 1999 to 2008, Hartley was the gal who came from the wrong side of the tracks who eternally loved Ethan (Eric Martsolf, now Days of our Lives’ Brady) but had to battle with Gwen (Liza Huber) for his attentions. In 2009, she skipped over to Days of Our Lives, where she played Arianna Hernandez. The character was a drug dealer-turned-snitch who had a love affair with Brady (hey, Martsolf!) and then died in a hit-and-run. The actress quickly jumped to All My Children from 2010 to 2013 as Dr. Cara Castillo. Cara wanted to do good in the world but had a broken love affair with Jake (Ricky Paull Goldin). That’d knock the wind out of anyone’s sails!

Hartley loved her Passions role possibly the most; in 2016 she told Soaps.com, “I actually would love to still be playing [Theresa] and making her even crazier and more fun, because now that I’m older, I can make her even more fun to watch, I feel. I learned how to play her, and we created her. Now I’ve got more life experience that I could apply to make her more interesting. I definitely was not done. I still wish it was on the air.”

She even posted this great throwback picture from Passions last July, writing, “Breathe in… breathe out… It’s been 20 years to the day that Passions first aired. Happy 20th. Good times, great cast!”

She was married to This Is Us actor Justin Hartley from 2004 to 2012. They have one child, Isabella Justice, who is 16. The couple had worked together on Passions — he played Fox, you’ll recall — and began dating in 2003, getting engaged late that year. She filed for divorce from him in 2012, citing “irreconcilable differences” and asked to share custody of their daughter. And they seem to still be friendly, considering she attended his wedding to Chrishell Stause (ex-Jordan, Days of Our Lives). (Yeah, they’re also now divorced.)

Last year Hartley wrapped production on her directorial debut, Forgotten Abduction, which was later titled Mommy Is a Murderer and aired on Lifetime in April. The TV movie featured soap alums such as Bree Williamson (Jessica, One Life to Live; Claudette, General Hospital) and The Young and the Restless‘ Redaric Williams (Tyler). Hartley also often appears in Lifetime films, like 2016’s Dying to Be Loved.

Hartley told Soaps.com that she likes Lifetime flicks “because they’re just fun. They do remind me of being on a soap opera but with a short, real quick story of a soap opera. You could really extend these characters and these stories, which is really cool.”

But acting isn’t Hartley’s only talent! She’s a singer, having performed in a Broadway production of Grease when she was 18. She’s also sung at the Las Vegas Sands Hotel’s Viva Las Vegas show and performed as Maria in the Civic Light Opera’s West Side Story in Austin, Texas.

And late that year even shared the result. Listen to her beautiful voice in this YouTube video.

Get all the latest headlines and news by signing up for Soaps.com’s newsletter now! And while you’re here, why not contemplate some women with whom General Hospital‘s Jason could potentially move on from Sam. What? It could happen!