General Hospital Preview and Predictions: What Will Happen When the Show Returns Monday! 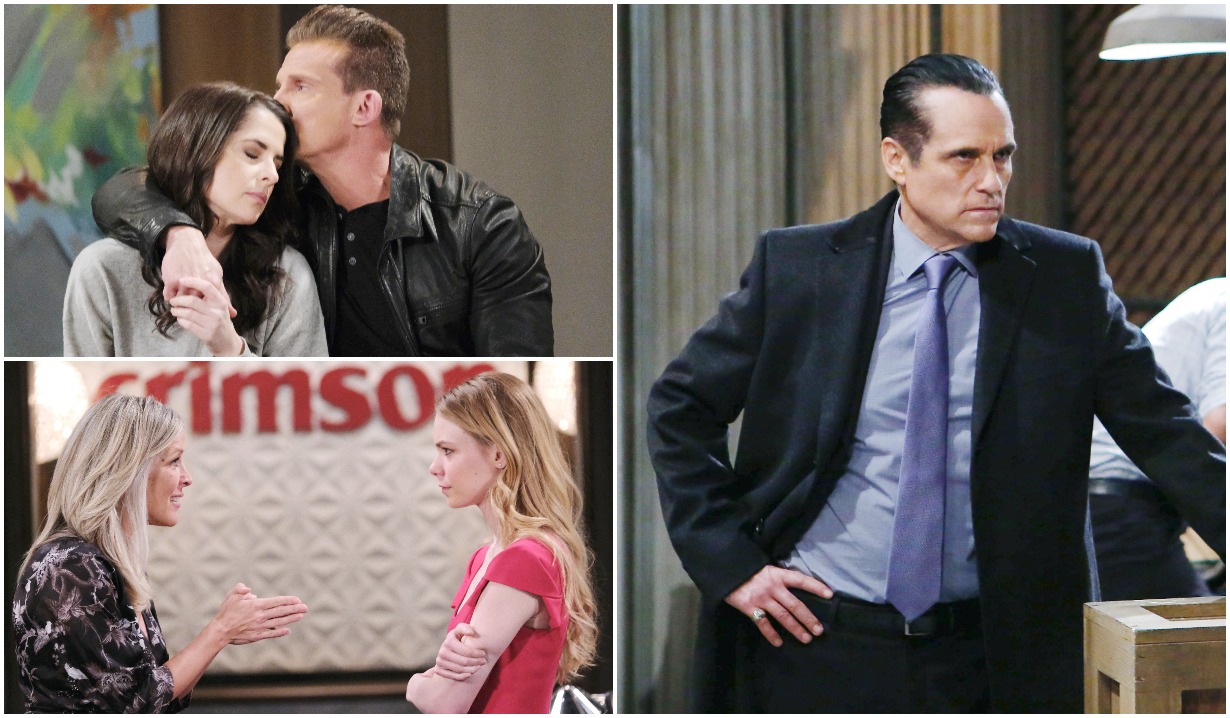 It feels like forever since last we gathered to talk about what would happen on General Hospital, but at long last, the show will begin airing new episodes on Monday! Sure, it was a blast to see some of our favorite moments as the soap reran classic episodes, but we are more than ready to dive back into the stories that left us hanging 10 weeks ago.

As we count down to the premiere of this week’s episodes, what better time to talk about what’s coming up (and what we suspect is coming up) in the days and weeks ahead? From that courtroom cliffhanger to a certain brunette model’s drug dabblings, there’s a lot to catch up on! So let’s dive right in, shall we?

Wiley’s Custody Case Will Be Decided!

As we said a while back, it’s a downright shame that poor Lucas hasn’t had more of a say where Wiley’s future is concerned. After all, he and Brad were the only parents the child knew for the first year of his life! In fact, as far as we’re concerned, Lucas should actually have been given custody of the little boy! But we digress, because when the action picks up on Monday, we’ll be in the final stages of the clash between good (aka Michael and Willow) and evil (aka Nelle and Julian). Dr. Phil says that no matter how flat you make a pancake, it has two sides, but we’re 100 percent #TeamMichael where the hearing is concerned.

We know that on Monday, what goes down in the courtroom leaves Nelle pretty shaken. We also know that Nina — who you’ll recall was preparing to testify when last we saw her — winds up impressing Jax with her show of strength. What we don’t know is whether Nina ultimately will decide to testify for or against Nelle!

When all is said and done, who will wind up with custody of Wiley? Obviously, we’re sort of hoping it’s Michael and Willow, but that might almost be too easy! Soaps are at their most interesting when the thing you least expect happens, and the thing that would be most shocking in this case would be for Nelle’s latest manipulations to prove wildly successful. (Then again, this being Nelle — who is like the proverbial cat with nine lives — perhaps that’s actually the least shocking outcome!)

The Days Ahead Will Be Rough on Sonny!

Even before 2020 turned into a total downer for the rest of us, Sonny was facing hardships on numerous fronts. At home, he struggled to deal with dad Mike’s rapidly deteriorating condition. In the hands of portrayers Maurice Benard (Sonny) and Max Gail (Mike), the story of Mike’s Alzheimer’s has been as touching as it has, at times, been difficult to watch. Co-headwriters Chris Van Etten and Dan O’Connor warned Soap Opera Digest that Sonny would “be forced to make the most difficult decision of his life,” then potentially face the fallout if those in his orbit disagree.

As if that weren’t enough, Sonny must also contend with the ever-increasing threat presented by Cyrus, who has made it clear he intends to stick around Port Charles! But if ever there were a situation where the phrase “This town ain’t big enough for the two of us” was applicable, surely, this is it! How far will Sonny and Jason go in order to deal with this threat to their loved ones and, indeed, the entire community? 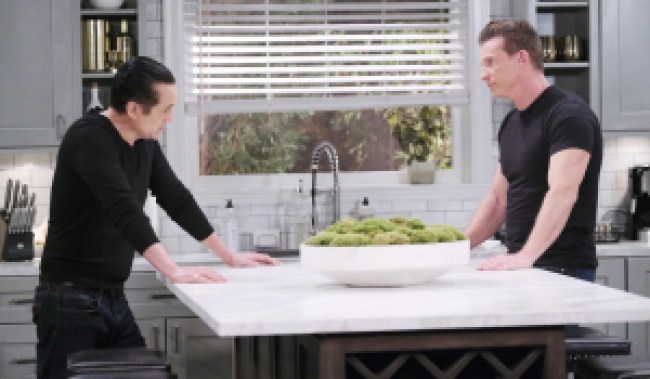 Interestingly, Brando — who you’ll remember is pretending to be Dev’s dad — may play a crucial role as this story moves forward. Why do we say that? Because this week, the relative newbie will take a meeting with Cyrus, followed closely by a meeting with Sonny! Might he be spying for one of the made men, or playing both sides against the middle?  And which of these two stories will bring Sonny to the point of having a crisis of conscience around the midweek point?

Sam and Jason Will Reach a Turning Point!

Look, where these two are concerned, something’s gotta give, right? They spent five years apart thanks to the time he spent lounging around a Russian clinic answering to the name of Patient Six. Then, when at last Jason came home, Sam was pretty slow to buy Drew a copy of She’s Just Not That into You (and he was even slower to read it). Now, between her pesky parole officer insisting she follow the rules (How very dare she!) and the brewing Mob war, Jason has been insisting they do some extreme social distancing! 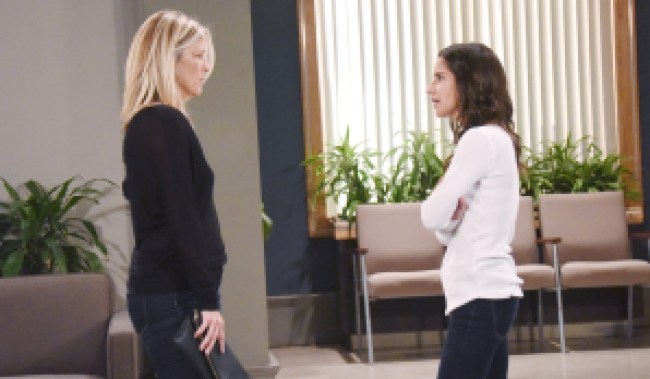 When this week Sam and Carly bond over their mutual issues, we have a feeling they’ll spend a lot of time talking about Cyrus. (If these two decide to join forces against the newbie, he’d best get out of Dodge pronto!) But what really has us intrigued is the fact that early in the week, Valentin will be approaching Sam with a proposition. Given that the only type of bargains he tends to strike are ones of the unholy variety, we can’t wait to hear what he has in mind!

If you want to know more about what to expect this week, check out our General Hospital spoilers page for all the scoop. Meanwhile, as we wait to see how Sonny will handle the problems threatening his future, visit the gallery below to remind yourself that he’s been through tough times before, and has always risen above every challenge put in his path!