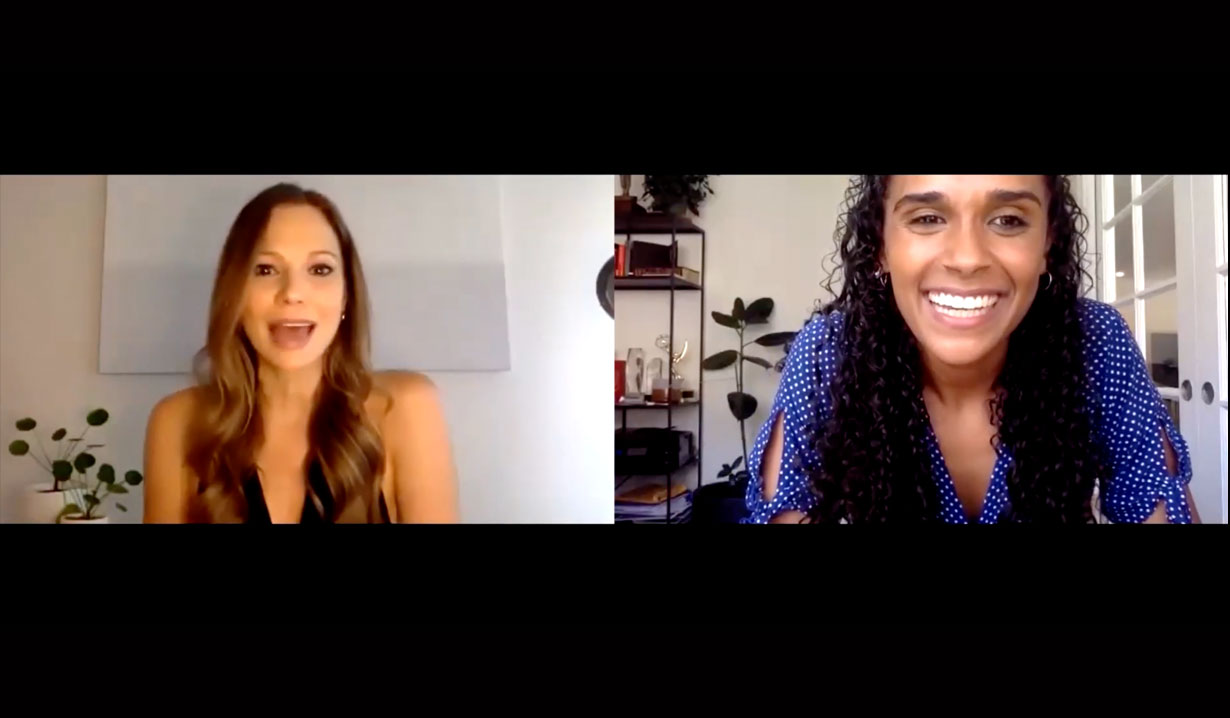 General Hospital co-stars chat over the internet about the happy day.

Braun asked her how the wedding came about and how they pulled it off in the midst of all that is going on. Henry explained, “So we called our parents and we’re like… So, we’re getting married on June 6. We’re still figuring it out. No, I don’t have a dress. No, he doesn’t know what he’s gonna wear. Our goal was to just get married.” Braun praised the beautiful images Henry posted for being something many people enjoyed seeing in this tough time of social distancing. Henry admitted, “We were really hesitant about posting photos right away. We wanted to just give a little bit of space to George Floyd and all the things that were directly happening at the time.” Henry also revealed her own father is a cop, and he is caucasian. She noted, “My dad is a good human being and, you know, he’s a great cop. But even with him, you know, we’ve had some difficult conversations. We’ve talked about specific cases and he’s trying to have me understand where the cop is coming from.” Given that Henry plays a cop on TV, Braun was curious if General Hospital would address what is happening right now. Henry didn’t know, but opined, “Listen, I can’t control what GH does, but I hope with every inch of my body that we take advantage of this opportunity to tell the story that I think our country is experiencing right now.” Both Braun and Henry have been vocal about the Black Lives Matter movement on social media and have engaged in Instagram Live discussions about it.

They shifted the topic to getting back to work and producing new episodes. Henry relayed that they were planning to go back mid-July, but just as the production began to ramp up, cases have spiked. Braun also brought up the topic of potential blow-up dolls for scene partners. Henry has heard all the rumors too and laughingly suggested they lay off the love scenes for a couple of months.

You can watch the entire interview below. Also, browse our gallery of the real-life partners of General Hospital actors, and then subscribe to Soaps.com’s newsletter to have all the news delivered to your email.