You May Already *Know* What General Hospital’s Next Frontburner Storyline Is! 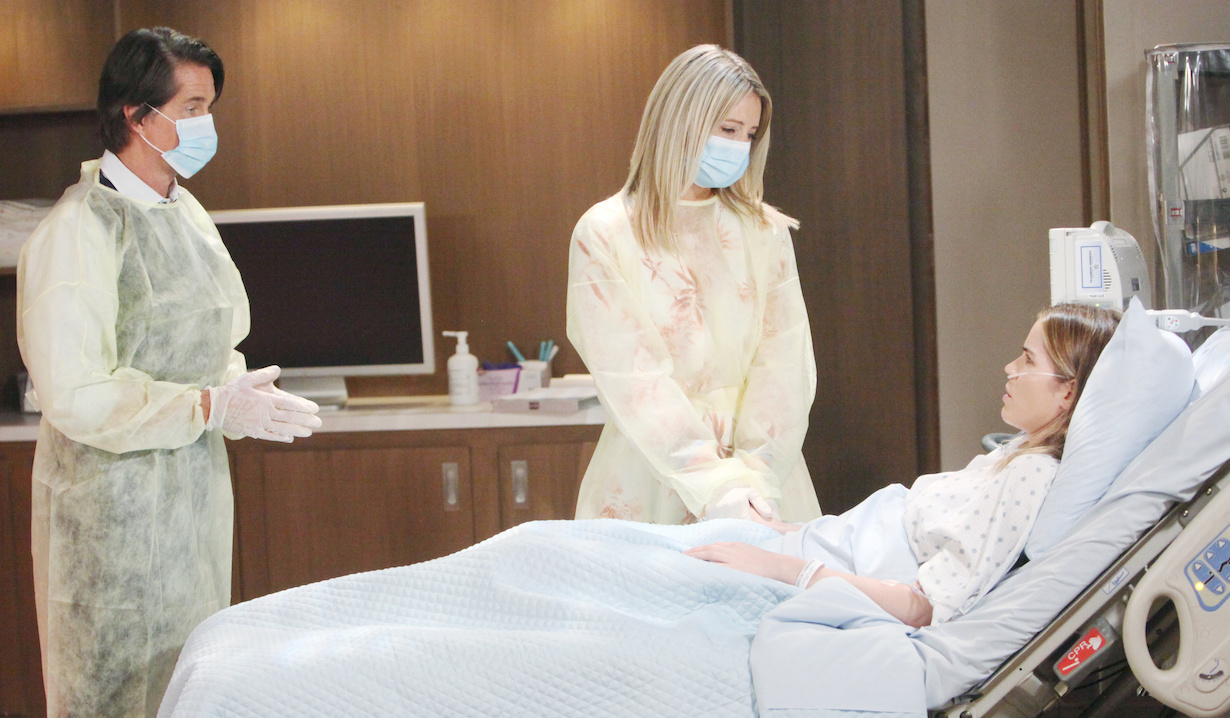 Real life could be about to crash into world of Port Charles.

In response to donations made to healthcare workers in New York, General Hospital leading man Michael Easton promised to answer a series of questions from fans — and he’s made good on that promise. One admirer inquired whether Finn’s portrayer thought that his brilliant character could possibly cure what ails us, if you know what we mean (and we think you do).

“It would be up to our writers,” he replied on his Facebook page, “but I think it will be hard to completely ignore what’s going on in the world right now” once new storylines get away.

It’s not that Easton, a veteran soap star (who’s also played Tanner on Days of our Lives, Caleb on Port Charles and McBain on One Life to Live) is against romance and comic relief. Far from it! “I’m all for escapism,” he wrote, “but having Finn and the rest of the staff [of General Hospital] involved in the pandemic on some level would be a wonderful way to bring some much-deserved attention to our frontline health workers who I am in awe of and consider to be true heroes.”

If General Hospital did go that route, returning to the roots of daytime drama and addressing at least one of the social issues of the day, the scripts would practically write themselves. “I would imagine there’s tragic, courageous, uplifting stories happening daily in every hospital in America,” Easton suggested, “and I think, on some level, our fictional General Hospital might do well to explore that.”

What do you think? Would you like to see Finn, Elizabeth, even Obrecht tackle our current life-or-death problem? While you contemplate your answer, perhaps you’ll enjoy perusing the below gallery of General Hospital stars and their real-life mates.