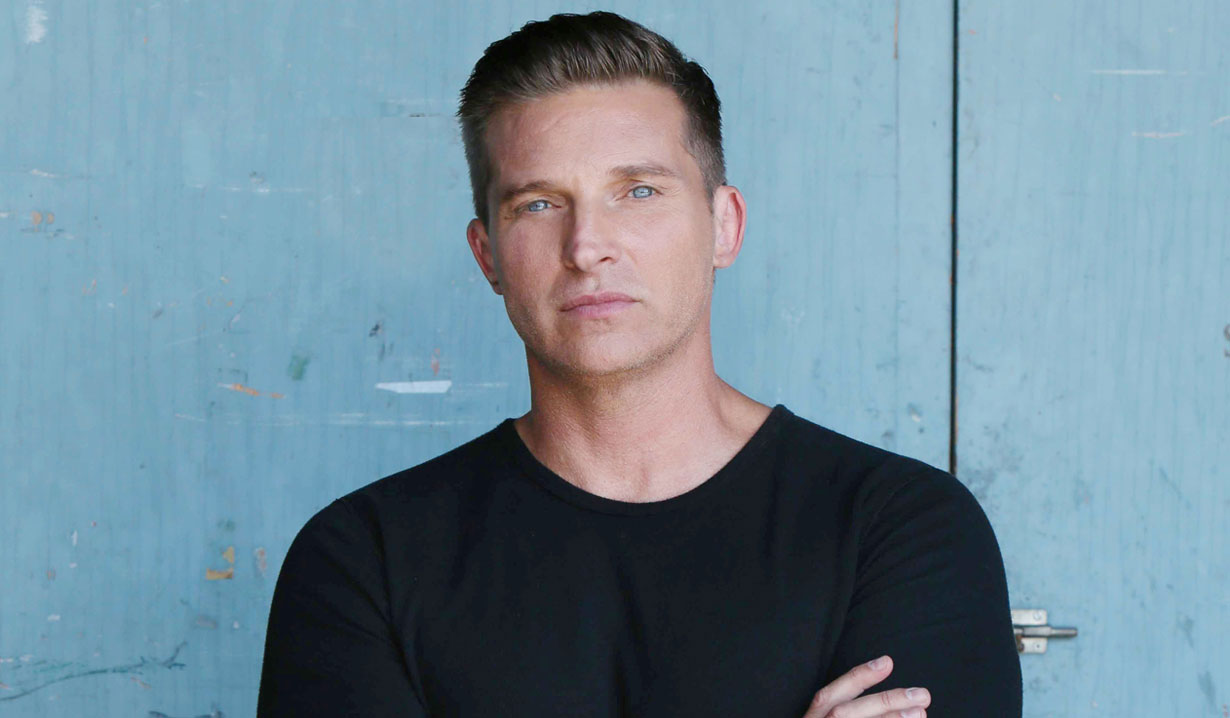 General Hospital actor makes the best out of his time at home.

It’s been months since life has been anything but normal – that’s why General Hospital’s Steve Burton (Jason Morgan) used part of a popular phrase involving lemons and lemonade when posting a photo of his new hairdo on Instagram. The ABC soap opera actor shared his new look with fans, while shirtless, captioned, “Wild hair for wild times! Hope everyone is well. Not ideal times obviously but trying to make lemonade out of lemons. Time to re boot, reassess and learn some new skills. Never too late to adapt, grow and learn something new or set some new goals. Get it done. YOU CAN!”

Wild hair for wild times! Hope everyone is well. Not ideal times obviously but trying to make lemonade out of lemons. Time to re boot, re asses and learn some new skills. Never to late to adapt, grow and learn something new or set some new goals. Get it done. YOU CAN! #motivationmonday

A couple of his General Hospital co-stars couldn’t help but comment on his photo… Ingo Rademacher (Jax Jacks) thought Burton had the “Orange county surfer look,” while Kin Shriner (Scott Baldwin) agreed and countered, “Tab Hunter Troy Donahue surfs up!!” He later added, “The amount of ridicule u could get so I salute u for putting it up ! Dolph Lundgren.”

Fun with the family. A little vacation is good for the soul and a birthday! Hard to take a few days off but I did it. #grateful #familytime #summer

While awaiting General Hospital’s return to production later this month, the actor has been spending time with his wife and kids and recently Burton celebrated his 50th birthday. “Fun with the family. A little vacation is good for the soul and a birthday! Hard to take a few days off but I did it.”

Let’s get moving! Always trying to get better and be better. Being 50 now lol.. I know Fitness and nutrition is KEY to anti aging so here’s to garage workouts and being active. Being in quarantine and having no gym truly helped me get back to the basics. Body weight workouts and running, it’s really that simple.. And having @1shereeburton around doesn’t hurt 🤪🤩Have a great day! #garagegym #fitnessmotivation #fitlife #burtonnutrition

Burton is a huge fitness buff and is always trying to provide motivation to his fans via photos and videos on Instagram with captions like, “Always trying to get better and be better.” With many gyms still closed, he’s had to modify his work space like many others but says, “I know Fitness and nutrition is KEY to anti aging so here’s to garage workouts and being active.” In fact, being isolated with no gym was what helped Burton “get back to the basics.”

Take a look at our gallery below, which features Burton and his wife Sheree Gustin, as well as other General Hospital stars and their real-life partners, then sign up for Soaps.com’s newsletter for your daily soapy fix.

Katie Thurston Claps Back At Critic Of Her Lingerie Pic: ‘I Celebrate’ My Body