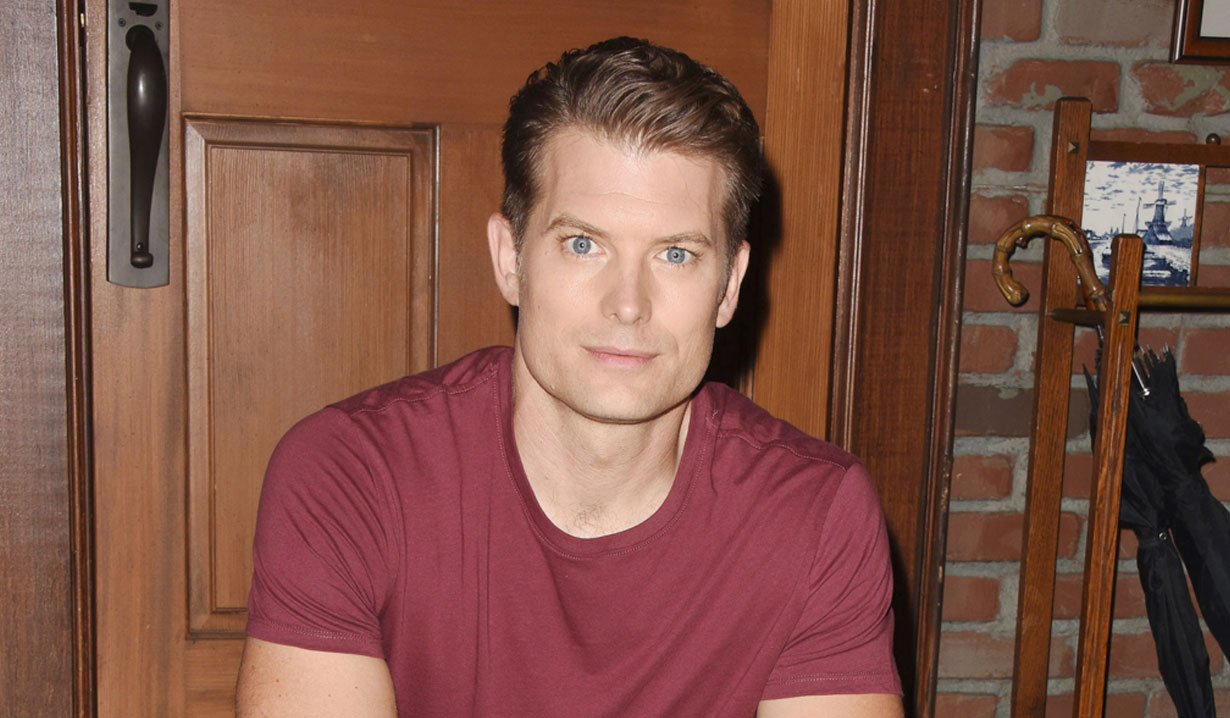 General Hospital’s Mark Lawson (Port Charles’ Dustin Phillips) isn’t a stranger when it comes to sharing his workouts on his Instagram. However in his latest video doing bicep curls he vents about Dante Falconeri (Dominic Zamprogna).

Lawson, who previously appeared as Brody Lovett on One Life to Live, joined General Hospital in July of 2019. The role was initially only a small one, but the character was quickly expanded and became a love interest for Lulu Spencer (Emme Rylan), who was recently out of a marriage to Dante. He was later given a job as an English teacher at Port Charles High School, and it was revealed he had a past relationship with Brook Lynn Quartermaine (Amanda Setton). The two wrote music together in high school and she had asked him to help her compose a new song before General Hospital went into showing previously aired episodes.

First portion of my session yesterday. Working the set up of my Bent Press and experimenting with the squat stance vs. windmill. Bent Press 5/5 Snatch 10/10 One Hand Deadlift 5/5 X 4 Moved in to some heavy Turkish Get Ups. 10 reps. 4 at 48kg that felt better than they have for in months. #gargagegym #trainasif #anactortrains #staythefuckhome #flattenthecurve #kettlebells #bentpress #snatch #fitness #fitnessmotivation #rkc

In addition to acting, Lawson is a skilled and certified personal trainer. He is also certified in training with Kettlebells, which he often showcases in his at-home workouts. He is a firm believer that anyone can work out effectively at home even with minimal equipment. Lawson has also studied Brazilian jiu-jitsu and competed in semi-pro Mixed Martial Arts fights.

While waiting for General Hospital to resume filming, he’s created a one-man horror film on his Instagram account titled Closure.

Be sure to check out our gallery of soap opera stars who found success outside of daytime below.