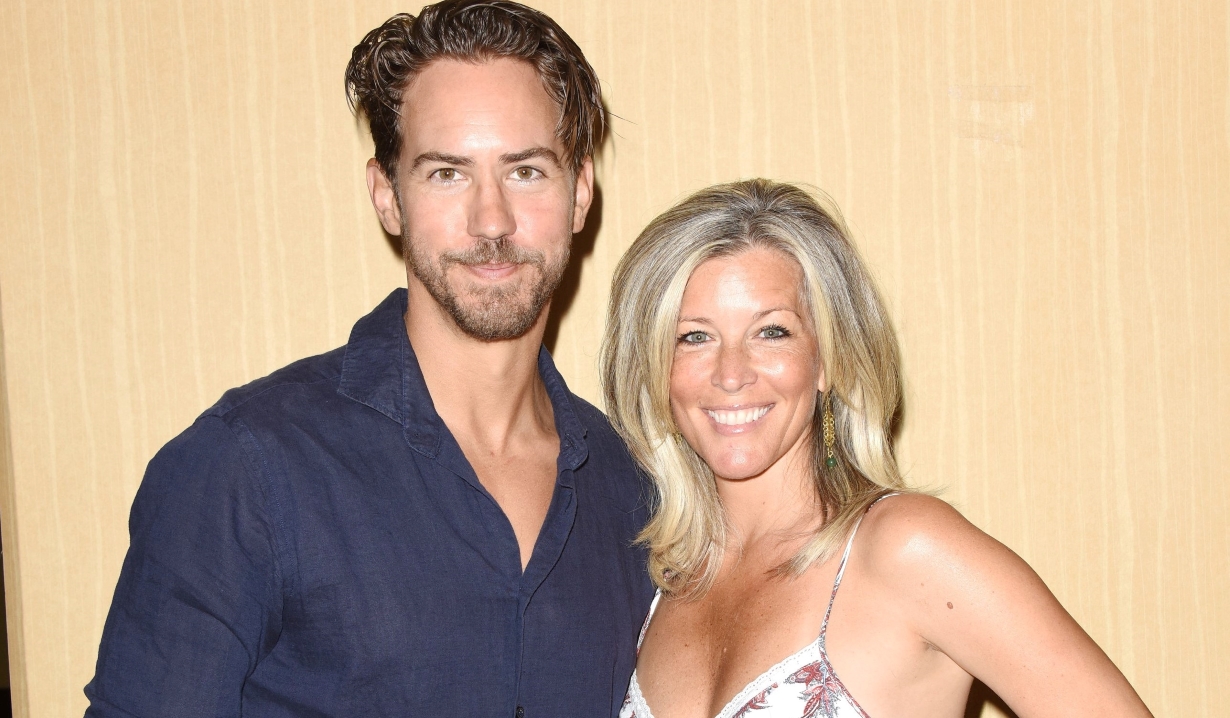 To celebrate the Fourth of July over the weekend, General Hospital’s Laura Wright (Carly) spent it with her co-star and off-screen boyfriend Wes Ramsey (Peter). She got a taste of what this meant when she took part in the Ramsey 1st Annual July 4th Games, featuring a water balloon toss, a ring toss, hula hoops, and a watermelon eating contest.

In the wake of the challenges she faced, Wright posted a series of photos of the playful events, including her attempt to gobble down a watermelon slice in record time while Ramsey cheered her on. This was apparently too much enthusiasm because in the second picture, she tried to push him away. “Watermelon eating contest- yes he was cheering me on. Yes I wanted to kill him haaaa,” she captioned the photos. Some of her co-stars from Port Charles chimed in, with Steve Burton (Jason) writing “This is true lol” and Maurice Benard (Sonny) adding, “I love the Way Wes is flexing his muscles and acting like he’s not.”

Watermelon eating contest- yes he was cheering me on. Yes I wanted to kill him haaaa. #ramseystyle #sofunny

In a follow-up post with even more pictures of the day’s events and a tally of the winners, Wright wrote, “Yesterday was a great day !! #grateful #ramsey #missedljandlala.”

Wright and Ramsey have been a couple for several years. In an interview, Wes ramsey talked to Soaps.som about their relationship on the set. Although their characters rarely interact, he said, “It’s not awkward at all. I think it’s wonderful when the writers do throw the fans a bone so to speak, and they do have a chance encounter.”