Exclusive: General Hospital Writer Fanboys Over Young and the Restless Stars Performing in His Own Soapy Plays 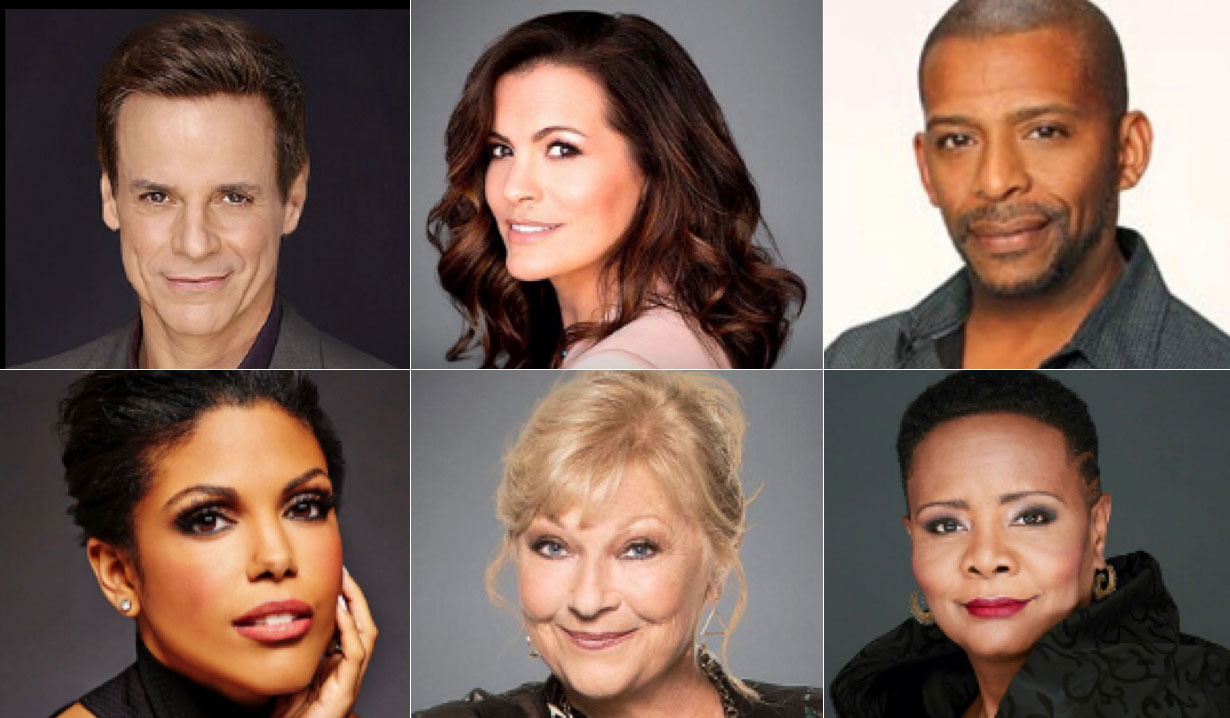 General Hospital writer’s plays will be streamed online for free.

Of his plays being performed in such a manner, Sickles told Soaps.com exclusively, “To say that I’m thrilled and honored is a gross understatement! When you write short plays, you hope they get done in a thirty-seat black box somewhere, anywhere! To have actors of this caliber perform your work for such an august institution is beyond imagining. And it’s actually happening, so I’m freaking out!” He also praises The National Arts Club for doing this. “I love the National Arts Club, not only for its cultural mission, but also for how it fosters community among artists of all disciplines.”

The soap opera stars will be performing The Greater and Lesser Edmunds of the World and Persephone, to be directed by Fritz Brekeller. Sickles told us that it was Brekeller who chose these two works of his. “He’s a dear friend and a close collaborator. We’ve been wanting to do work on another project together for a while and, as we both work in daytime drama, we wanted to cast actors from soap operas. Fortunately, Fritz has worked in daytime much, much, much longer than I have, picking up a couple of Emmys in the process, and he knows a lot of the actors. What‘s especially fun is that these particular plays definitely benefit from having a cast from daytime: both deal with families at significant turning points and are told in a somewhat heightened style.”

The Greater and Lesser Edmunds of the World focus on Gideon (Le Blanc) who is meeting his half-brother Augie (Williams). Sickles explains, “it is about two half-brothers who recently met at the funeral of the father they shared, one of whom did not know about the other; this is the first time they sit down and actually talk one-on-one. I wrote this for an opportunity requesting plays inspired by classical themes, and my imagination was immediately sparked by Shakespeare’s bastards and the concept of birthright. Edmund in King Lear is probably the most notable of the Bard’s illegitimate sons, so he gets his name in the title.” He also teases, “There’s another very soapy element in the play. You’ll have to watch it to see if you can catch what it is.”

The second play Persephone is about Helena (Maitland), who gave up her daughter Persephone (Mosley) at birth. Today, they meet for the first time. It is going really well. Or at least it was… Sickles explains the play, “Was inspired by a friend who had given up a daughter for adoption decades ago and had been wondering what it would be like if they’d found each other. After imagining some best and worst-case scenarios, I put one of each on paper and here we are.” As a side note he tells us, “My friend has since reunited with her daughter and it’s gone very well.”

As for the choice of cast, Sickles couldn’t be more thrilled. “The cast is blowing my mind! I have never worked with any of these actors before, but of course have been amazed and devastated by them for years… and, in a few instances, decades! I’ve written for two ABC shows and, unless they join your cast, there isn’t an opportunity to work with actors from other networks – not to mention from shows that aren’t around anymore. So, I’m over the moon! When Fritz told me Tonya Pinkins was even reading the play, that alone was honor enough; I never imagined she’d say yes!” He also confided, “On another personal note: Young & Restless was my first soap opera back in the 80s, when Patty shot Jack!) and Traci Abbot was my hero! So, to have Beth Maitland in something I wrote… I’m totally having a fanboy moment here!”

Both plays will be streamed over Zoom, and are free to attend, but you must register at Eventbrite. Sickles’ plays have been performed across the United States as well as internationally, and his work recognized with numerous awards including the New York Innovative Theater Award and the Beverly Hills Theater Guild/Julie Harris Playwriting Award.

Take a look through the gallery below of soap stars who have found success outside of daytime and then sign up for Soaps.com’s newsletter as not to miss any late-breaking soap operas news.

Once Upon a Time, Dustin Hoffman Nearly Lent Colin O'Donoghue a Hand