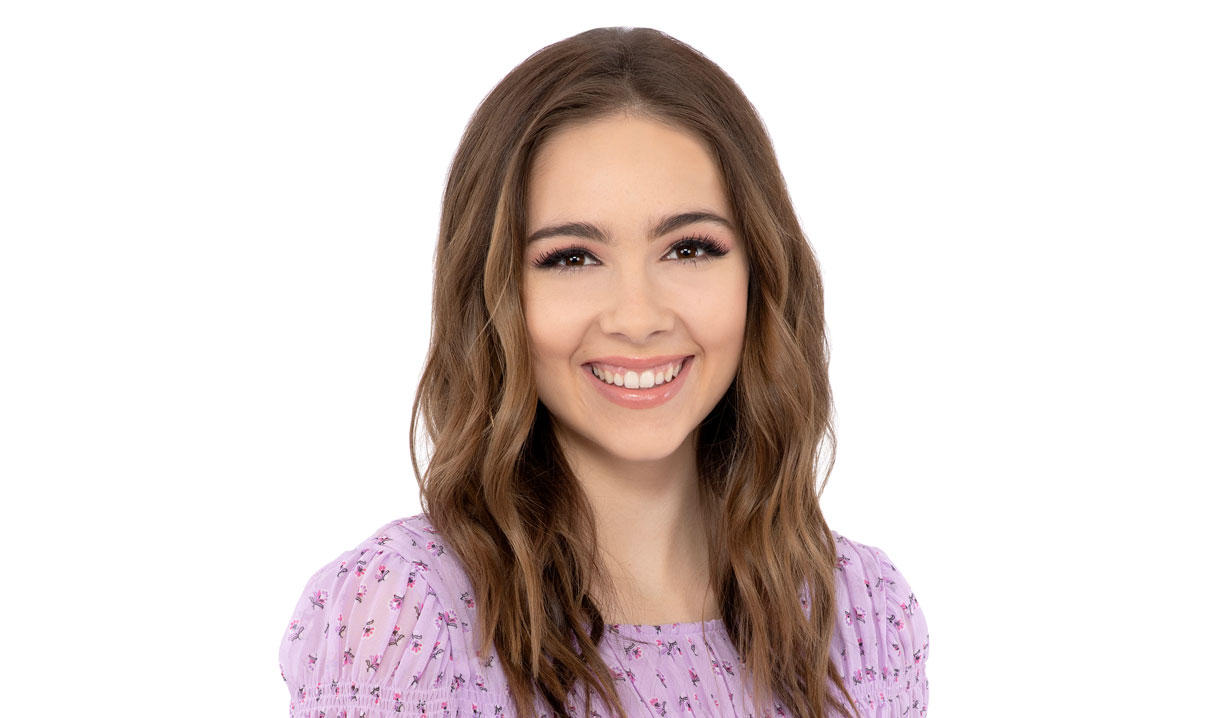 General Hospital actress grew up before our eyes.

On July 2, 2009 Haley Pullos made her debut on General Hospital as Molly Lansing-Davis, the daughter of Alexis Davis (Nancy Lee Grahn) and Ric Lansing (Rick Hearst). Pullos was born on July 10, 1998 in Palo Alto, California and has two brothers and two sisters. She made her acting debut as a child in the 2002 movie Carney Tales playing a patron. Her first breaks on television were in 2007 when she had small parts on ‘Til Death and Moonlight. In 2008 she was cast on Ghost Whisperer to play a younger Melinda (Jennifer Love Hewitt) in flashbacks, the show’s central character, for several episodes. Over the years she’s made guest appearances on a number of other shows, including The Cleaner, Dollhouse, House and The Mick. She headlined the Lifetime Television movie From Straight A’s to XXX, the true story of a college woman who did pornography in order to pay her tuition.

In addition to General Hospital, Pullos is also a regular on the Netflix show The Expanding Universe of Ashley Garcia on which she plays Bella Schmerz. The show is a comedy web television series created by Mario Lopez (Dr. Christian Ramirez on Bold & Beautiful) and Seth Kurland that premiered on February 17, 2020. A special set of additional episodes is scheduled to be released on July 20, 2020. The show is about a prodigy named Ashley Garcia (Paulina Chávez), the only 15-and-a-half-year-old robotics engineer and rocket scientist in the world who moves in with her Uncle Victor (Mario Lopez) from the other side of the country for a chance to work for NASA. Pullos’ character is the on-and-off-again girlfriend of Tad Cameron (Conor Husting) who Ashley has a crush on.

Pullos was only 11 when she began working on General Hospital and has grown up on the show. Browse our gallery of Pullos over the years as Molly below, and then subscribe to Soaps.com’s newsletter to have all the news delivered to your email.

<p>Molly was very close to her cousin Michael Quartermaine. When Michael was sent to prison for killing Claudia Zacchara she was devastated. She was also furious at Dante Falconeri for turning Michael in. </p>

<p>When TJ Ashford came to town to live with Shawn Butler, he became fast friends with Molly. Molly learned TJ was struggling to read and tutored him. Eventually, the two began dating, which they initially kept a secret from Shawn and Molly’s mother Alexis.</p>

<p>Molly has had close relationships with both her sisters, including her older sister Sam. She was also supportive of Sam and Jason’s relationship, even when their mother Alexis always wasn’t. When Sam and Jason revealed they were planning to have a baby, Molly gave Sam her childhood teddy bear for luck.</p>

Image: Molly with Alexis on GH
4/8

<p>Molly is especially close to her mother Alexis. She followed in her mother’s footsteps and is working to become a lawyer. However, during her teen years, she and her mother often butted heads a few times, especially over Molly seeing TJ. </p>

<p>When Alexis resumed a romance with mobster Julian Jerome, Molly, like her other sisters, initially was skeptical. When Molly’s father Ric was framed for a crime he didn’t commit, Molly moved out of Alexis’ house and in with Sam because Alexis refused to see Julian was involved and believed Ric was innocent. </p>

<p>Molly and Kristina have sometimes been at odds, especially given Molly has always been regarded as the perfect child and Kristina has been a little more rebellious. When Kristina fell in with the Dawn of Day crowd it was Molly who was one of the first to confront her about being in a cult.</p>

<p>For Halloween in 2019, Molly and TJ attended a costume party at The Metro Court. TJ chose to go as Captain America, while Molly dressed as her icon RGB, Ruth Bader Ginsburg. </p>

<p>When TJ, now a medical student, finally proposed to Molly, he was shocked when she said no. Molly had become disillusioned with the institution of marriage and saw it as a patriarchal throwback to when men owned women. They eventually agreed on a domestic partnership.</p>