General Hospital Fan Fiction: Cyrus Renault Sets His Sights on a New Target in the War Against Sonny Corinthos 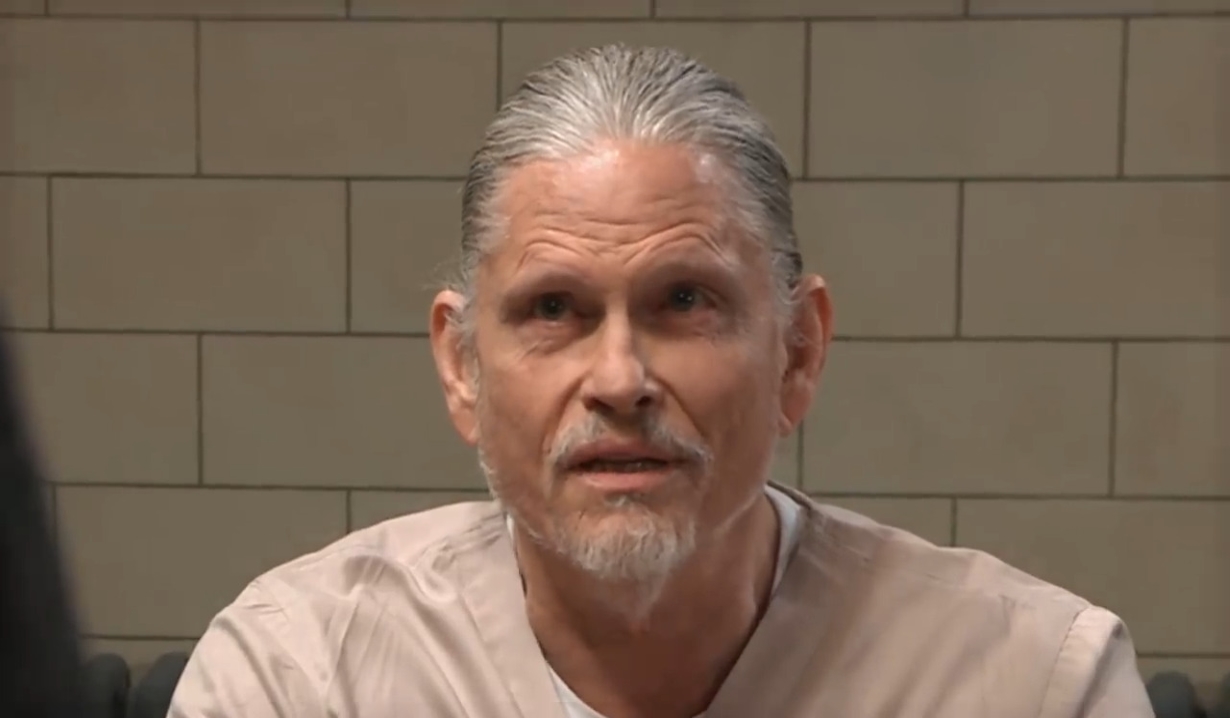 Hitting Sonny Corinthos were it hurts…

In the new General Hospital fan fiction, the war between Cyrus Renault and Sonny Corinthos escalates when an enemy takes his vengeance one step further in Port Charles!

Cyrus Renault was comfortably seated at his desk in his warehouse being accompanied by three other men. “I want to show Sonny Corinthos that he’s not as untouchable as he glorifies himself to be. While they’re waiting for me to let my guard down, I’m going to start laying down the pathway to breaking him. Starting with his renowned favorite son, Michael Corinthos the third,” Cyrus snickers as he speaks with his most trusted men.

“That remains to be seen.”

Just outside the door, Harmony manages to hear what Cyrus said. She pretends to hear nothing as she enters the room. “Lorraine Miller,” Cyrus greets her.

“Have you come to convey any news?”
“I have. Everything was just as you said it was. Sonny and his men are going to wait until you’ve put your guard down. It seems also that they’re trying to win over Jordan’s compliance.”

“I’m going to remind Ms. Ashford that she can’t keep anyone in this town safe from me. Not even her fellow officers,” Cyrus excuses the men from the room, leaving only him and Harmony.

Harmony’s demeanor tenses, “I’ve done everything that you’ve told me to do. I haven’t gone back on my word! Not Once!”

“Relax,” he speaks gently as he smiles, “I only wanted to inform you that as of recently, Michael has become the primary key into getting Sonny to bow down. It has, however, come to my attention that Michael has eloped with your daughter, Willow.”

“You’re not going to hurt her, are you?” she panics, “Willow has nothing to do with this!”

“She won’t. But if you don’t want her involved, I’m warning you now to either lure her away from Michael. Or, fail and allow her to get caught in the crossfire. After all, if you do give yourself away in doing so, there’s nothing much else you can do to save her.”

Harmony listens with intensity. Later, she sends a text to Willow, telling her to rendezvous at the metro court.

Willow and Michael are in the Quartermaine estate sitting area, discussing the finalities of the case. “I know that Julian isn’t the best candidate that Nelle can present as a husband. But, don’t you think it might show that she is just as willing to do anything for Wiley—the same as me?”

“Nelle’s downfall has always been her believing that she was the smartest person in the room. Let her keep believing that and eventually, we’ll be able to get a step ahead of her. Obviously, she has something on Julian. There’s no way Julian would marry her of his own free will.”

“How can we find the smoking gun? And how did Nelle find out before anyone else?”

“I don’t know.”
Just then, Willow’s messenger tone goes off. After looking at her phone, she concludes her conversation, “I’m sorry. I have to go.”

“I haven’t been hearing from my mom lately. This is the first time she’s texted me in a while. I’m going to go meet her now.”

“Well let me know where you’re going, and Wiley and I can meet you later.”

“She wants me to meet her at the Metro Court.”

“Good. You go on ahead. Spend some time with your mother and we’ll catch up.”

After Willow leaves through the front door, Michael heads upstairs to get Wiley. On the outside, there was a person dressed in all black watching Michael with intensity. He quietly darts from the window without being heard…

What do you think will happen next? Speculate by joining the conversation below and read more Soaps’ fan fiction surrounding stories about Bold and Beautiful, Days of our Lives, General Hospital, and Young and the Restless. If you’re a fiction writer and want a chance to have your fan fiction featured, email us.

A Look Back at General Hospital's...