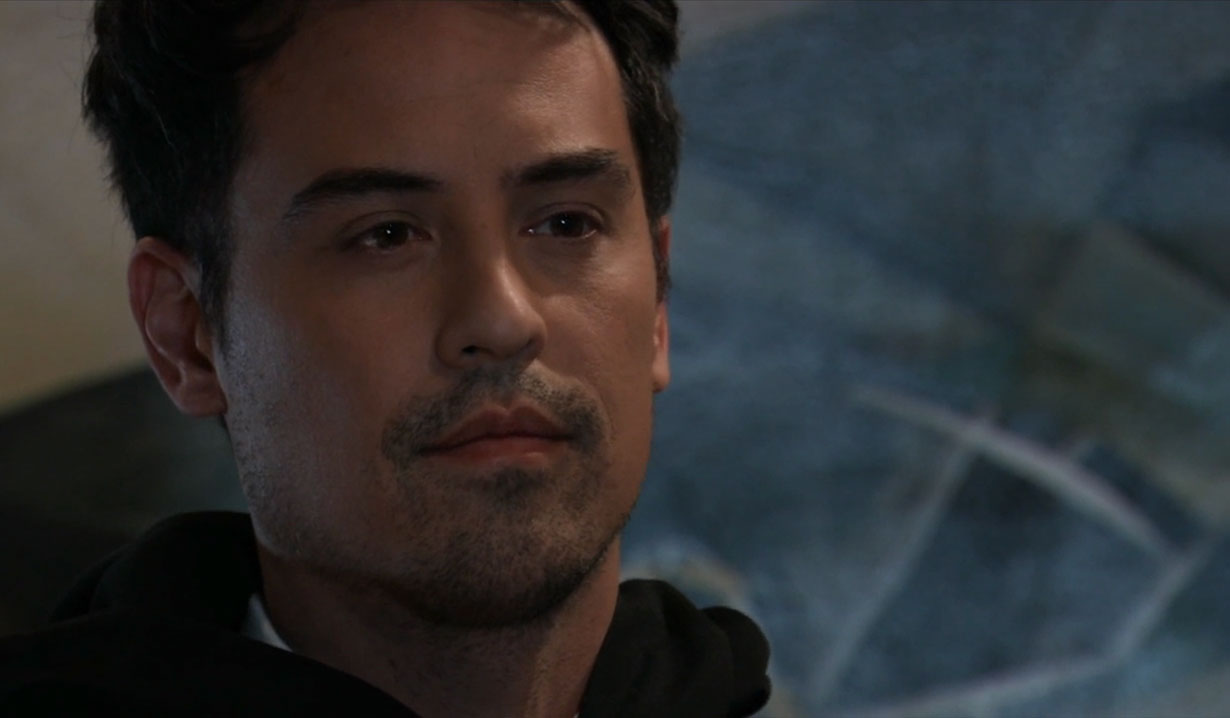 Welcome a new guest writer for Soaps.com who wrote a General Hospital fan fiction piece based partially on Nikolas thinking about that ultimatum from Spencer and on an interesting mystery.

Nikolas was pacing in his living room with a piece of paper in his hand, thinking about the ultimatum that Spencer had given him. Lose him and keep Ava and his money; or, regain his love and trust and lose Ava and the money.

Nikolas then recalled the time he introduced Hayden to Jax as his wife. He raised the paper to his face and looked over the marriage certificate between him and Hayden. He thought it over and went to hide the certificate in a locked drawer.

When he unlocked the drawer and pulled it open, he saw a black box that had the Cassadine family crest decorating the middle of the box. He raised a brow and tried to pry it open. Alas, it was locked. He looked the box over and didn’t see a keyhole. After inspecting the sides of the box, he felt a gap on the side and investigated it. It was a hidden panel. He dug into his pockets where he pulled out a dime. He used the coin to pry open the hidden panel.

It revealed another crest of the Cassadines, however within a hollow circle with a small chip in the middle of the crest. “This is a conundrum box,” he whispered to himself. The circle was about the size of the Cassadine signet ring. Nikolas hastily took his ring off and used it as a key.

Soon, he heard a tiny mechanical lock unwinding from the inside—subsequently opening the box. Nikolas tried the lid again and it opened. On the inside were a few pieces of paper. Although the paper looked fresh, they were dated with the year of 2003. Nikolas flipped through the individual pages and stopped at one that looked like a handwritten letter. From the looks of it, it was a copy with the original letter being ripped from the bottom as the scan reflected the part that was ripped from the bottom of the original. The handwritten letter read:

Dear Nikolas, I was going to keep this hidden from you but thought that I should give you a chance to be in our child’s life. I would have asked you in person, but I didn’t want to complicate your relationship. Please find me at the pier so we can talk. Your dear friend…

Apparently, whoever wrote the letter signed their name. Obviously on the part that was ripped from the paper.

Now Nikolas sat bewildered. He quickly and rushed through the other pages. One was apparently a small will left behind by Helena Cassadine. It read:

In the events that, I, Helena Cassadine, am to leave this world, I leave the remaining and future fortune of the Cassadines to my eldest great-grandchild after his or her 18th year.

To whichever Cassadine discovers this,

The fortune cannot be won between the battle of the Cassadine members. My painting was the first part of this quest to bring whomever here to this very box. When my grandchild comes of age, the truth will be known then if undiscovered and undisputed at that point in time.

All at once, Nikolas realized that neither he, Valentin, nor Ava had a true stake in the Cassadine fortune. They were only on borrowed money. Once whomever the oldest grandchild was becoming of age, he or she will be automatically granted the fortune. The one questioned remained. With whom could he have conceived a child older than Spencer?

Posted 37 mins ago
Posted on: Deadline