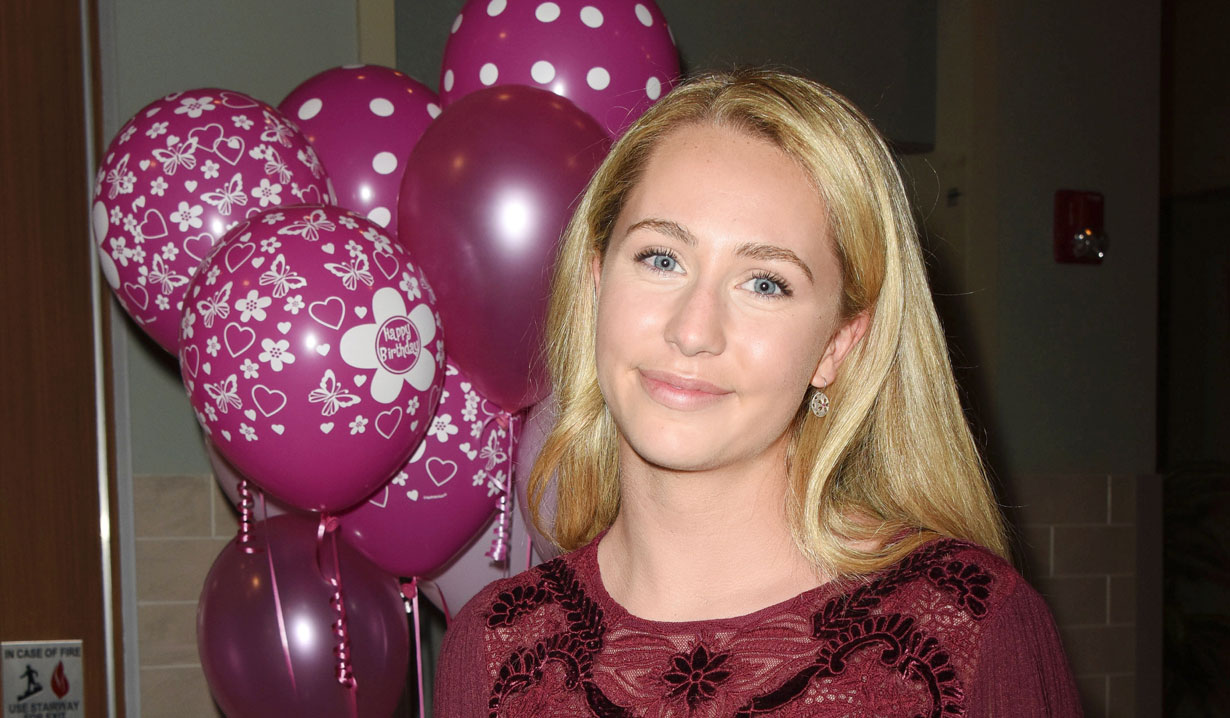 Today General Hospital’s Eden McCoy, who plays Joss Jacks, celebrates her seventeen birthday. Born on June 10, 2003, the actress was born and raised in Los Angeles, California. She currently attends Marlborough School there. She is a competitive beach volleyball player, something the show wrote in for her character, who plays on her high school volleyball team. McCoy hopes to go on to attend the University of South California and play on their women’s beach volleyball team for the class of 2025.

McCoy first became interested in acting as a young child when she attended theater camp. She got her start appearing in a number of commercials and print advertisements. Her first professional acting role was in 2011 in the drama Perfect Man. She went on to guest star on the Nickelodeon comedies Thundermans and Game Shakers. She joined General Hospital in 2015 as the sixth actress to play the character and had been significantly aged to a teenager upon returning from a trip to Australia to visit her character’s father, Jasper Jacks (Ingo Rademacher). McCoy’s mother was the one who revealed to her that she got the role of Joss after she picked her up from school one day. McCoy recently appeared in the short Lit with General Hospital co-star Ashton Arbab (Dev Cerci) as well as played her character’s mother Carly Corinthos (Laura Wright) in flashbacks of a younger Carly. She was nominated in 2019 for a Daytime Emmy in the category of Outstanding Younger Actress and is again nominated this year in the category of Outstanding Younger Performer.

Her character is the third child of Carly Corinthos and the first and only child of Jasper “Jax” Jacks. She has spent time living in both Port Charles with her mother, and in Australia where her father comes from. As a young child, she had a love of all things corn-related and grew up with Cameron Webber (William Lipton), Emma Scorpio-Drake (Brooklyn Rae Silzer), and her cousin Spencer Cassadine (Nicholas Bechtel). As McCoy celebrates her birthday, we invite you to browse our gallery of some of her character’s defining moments as a young adult.

<p>Aged to a teenager, Joss has always had a particularly close relationship with her mother Carly. At times Carly’s choice in men wasn’t always to Joss’ liking.</p>

<p>Joss has seen a lot of heartache in her young life. This included the death of her older brother Morgan, who she was especially close with. </p>

<p>Joss has grown up with her mother married off and on to Sonny Corinthos for most of her life. A father figure to her, she affectionately refers to him as Uncle Sonny. However Sonny and her father Jasper Jacks don’t see eye to eye, and Joss was furious with Sonny and her mother for standing by him after Sonny had Jax deported. </p>

<p>Joss plays on the Port Charles Panther’s high school volleyball team. In the summer she also volunteers as a camp counselor for Lila’s Kids. </p>

<p>Joss met Oscar Nero at a party her best friend Trina Robinson decided to throw at Carly’s house when Carly was away. The party was busted, and when Carly learned beer was involved, she wasn’t sure about Joss dating Oscar.</p>

<p>At a young age Joss needed a kidney transplant to save her life. It had been believed for years the kidney came from Elizabeth Webber’s son Jake, who was thought to have died in a hit-and-run. Years later it was revealed the kidney came from Nelle Benson, the adopted daughter of Carly’s step-father Frank Benson. Nelle came to town to get revenge for having her kidney bought by Joss’ father Jax. Once friends, when the truth about Nelle came out, she and Joss became enemies. </p>

<p>Oscar Nero was Joss’ date to the 2018 Nurses Ball. Nelle and Oscar were both aspiring musicians. They performed the song I Never Knew that year.</p>

<p>Oscar was diagnosed with an inoperable brain tumor at a young age, something his mother Kim Nero kept from him for years, as she wanted him to live his life to the fullest. However, the truth eventually came out when the tumor began to grow uncontrollably. Joss remained by his side.</p>

<p>Oscar and Joss made a list of things they wanted to do together, but Oscar realized many would never happen. He wanted her to carry on and fulfill the list when he was gone. Oscar chose to stop fighting his tumor and died peacefully at home. Joss had fallen asleep while reading to him, only to wake and discover he was gone. </p>

<p>Joss’ English teacher Dustin Phillips encouraged Joss to get her feelings out about Oscar’s death in a journal. Joss took to journaling and began to distance herself from her friends. In time she began to rely less on the journal. </p>

<p>In 2019 Joss and Oscar were supposed to perform a song at The Nurses Ball, but he passed before it could happen. Joss did not want to go, but was pushed by Cameron. Cam had a goodbye message recorded from Oscar urging her to perform their song, which he was able to finish. Joss sang A List of Things to Do while Oscar’s ghost looked on.</p>

<p>In a 2019 holiday episode, Joss appeared as the ghost of Christmas Past. She led Scrooge on a journey into his past life.</p>

<p>At the high school Halloween Dance on The Haunted Star, Cam, who was morning his step-father Franco, snuck alcohol into the dance. He and Joss partook in it, with Cam getting wasted.</p>

<p>Joss remains close to her other siblings. This includes her big brother Michael Quartermaine, and her little sisters Avery and Donna Corinthos.</p>

<p>Eden McCoy played a young Carly Benson in special flashback episodes. Carly was determined not to end up stuck in a dead end job in her home town like her adopted mother Virginia. </p>

<p>After sufficient time morning Oscar, Joss finally started moving on with the help of her best friends Cam Webber, Trina Robinson, and Dev Cerci, aka Dev Corbin. The group became very close over the past year and were all friends of Oscar’s.</p> 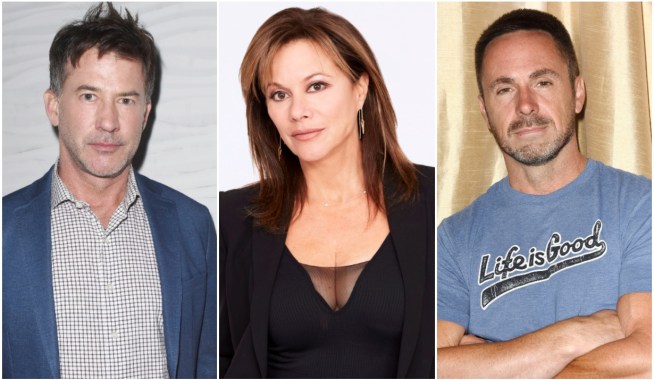 General Hospital Couples Showdown: Alexis' Heart Is In Your Hands — So Do You Prefer Her With Neil or Julian? 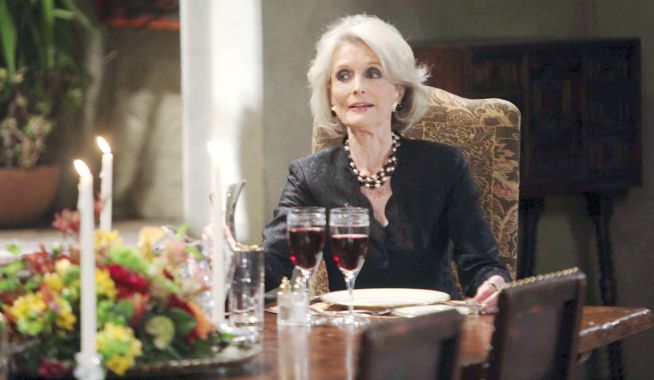