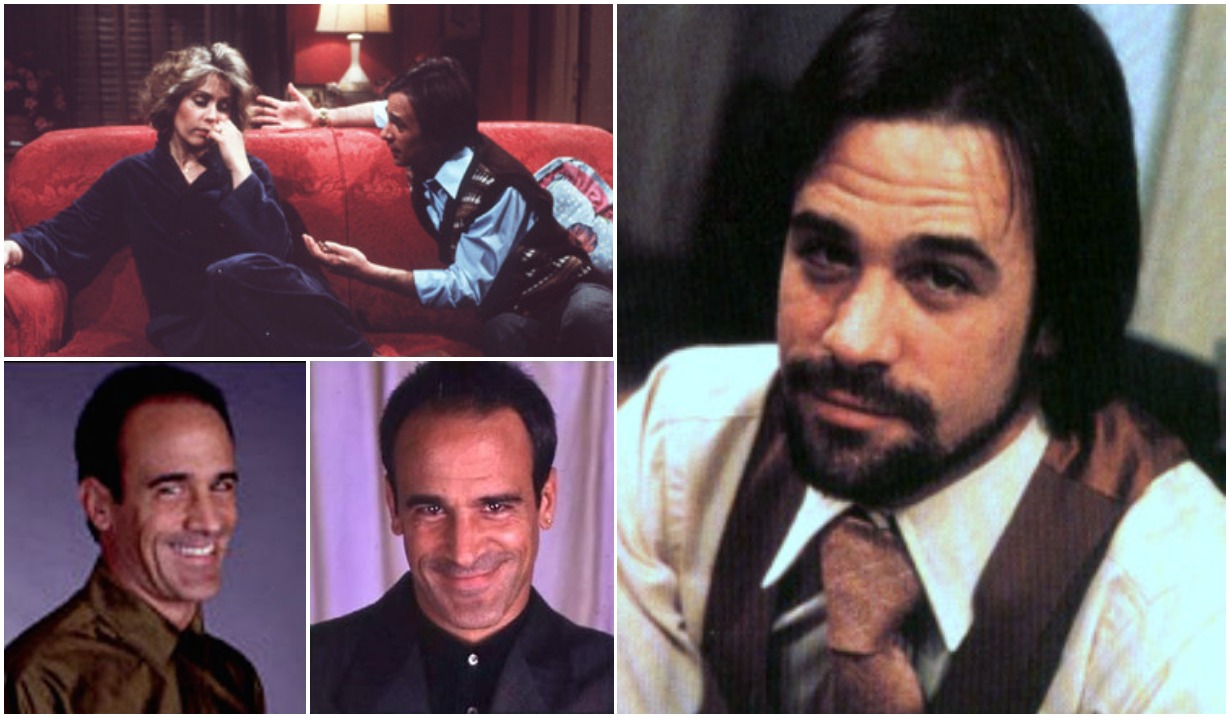 If you’re a soap fan, you go ahead and love your favorite stars and love ’em hard, because you never know what they might be dealing with in their personal lives. Case in point: Daytime Emmy winner Gerald Anthony, who played Marco Dane on both One Life to Live and General Hospital. To us, he seemed to have it all. He was handsome, famous, adored. Yet he committed suicide on May 28, 2004, at just 52 years old.

That Anthony would bring about his own death is all the more shocking to us outsiders when we reflect on the vibrant life that he brought to Marco. The character, you’ll recall, was only intended to be a short-term one. He was housewife hooker Karen Wolek‘s pimp, a total scumbug. But man, his portrayer turbocharged that scumbag with enough energy to power a whole city’s worth of television sets.

In no time, OLTL realized that it had struck pay dirt and un-murdered Marco (RIP, Marco’s twin brother, Mario) in order to keep Anthony around to work opposite Judith Light. A few years after the MVP’s wild run on OLTL ended, GH brought him — and his pot-stirring character — back to ABC, where he continued his streak of romancing the unlikeliest of women, from OLTL’s haughty Dorian Lord to GH’s resident rich bitch, Tracy Quartermaine.

But don’t take our word for how riveting Anthony was in action. Join Soaps.com in a stroll down Memory Lane as we revisit just a few moments that highlight the much-missed performer’s enviable charisma. First up, a series of 1992 scenes from GH in which Marco is just “plane” outplayed by Tracy.

In this heated exchange from OLTL in 1978, Marco tries — desperately but in vain — to defend himself against Karen’s protector, Erika Slezak‘s formidable Viki Reilly.

And finally, in this scene from 1979 (starting at 1:39), we get Anthony canoodling with Viki’s alternate personality, Niki Smith, in the kind of nightmare that should’ve driven her husband, Joe, to start popping NoDoz like they were Chiclets.

Before you go, check out our slideshow taking you through One Life to Live’s reboot.

<p>Rex (John Paul Lavoisier) and Gigi (Farah Fath) celebrate Valentine’s Day with a kiss. They married in 2011 to solidify their commit to one another and give some stability to Shane, who was suffering from the effects of bullying.</p>

<p>Todd Manning (Roger Howarth) gathers gifts from Christmas in Llanview. Todd recently became focused on reconciling with Blair and Jack. He used his knowledge of Jack setting fire to his office at The Sun to blackmail him into working on their relationship.</p>

<p>Blair Cramer (Kassie DePaiva) and Tea Delgado (Florencia Lozano) trying to cope with the chaos unleashed after TM (Roger Howarth) comes to Llanview with Todd Manning’s original face. TM turns out to be the real Todd Manning and has come back to reunite with his family.</p>

<p>Rex Balsom (John Paul Lavoisier), Joey Buchanan (Tom Degnan), Cutter Wentworth (Josh Kelly), and Roxanne Balsom (Ilene Kristen) at at Llanfair for a surprise bachelorette party. The men shocked the Buchanan sisters by subjecting them to a fake arrest before starting to strip.</p>

Here's Who Should Have Custody of...