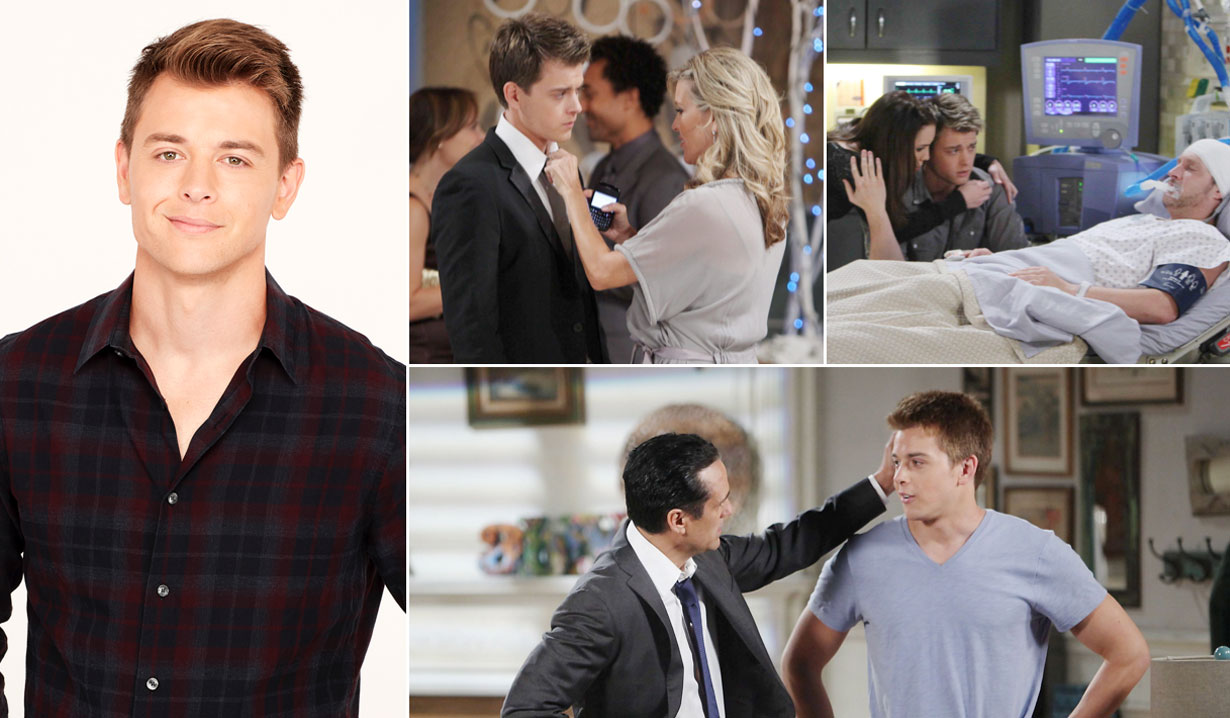 With new episodes of General Hospital ending today, viewers are likely to be left with a lot of cliffhangers. One of the biggest storylines happening is the custody hearing between Michael Corinthos (Chad Duell) and Nelle Benson-Jerome (Chloe Lanier) over their son Wiley. For over two years Michael had believed his and Nelle’s son Jonah had died shortly after she gave birth to him in the woods following a car accident. That night Nelle happened upon a distraught Brad Cooper (Parry Shen), who was on the way to the hospital with his newly adopted baby Wiley who had succumbed to SIDS. Nelle got the idea to switch the babies, knowing she was headed to prison, and wanted her child far away from Michael and his mother Carly (Laura Wright). The truth eventually came out, and when Nelle miraculously gained early parole, she filed for full custody of their son, claiming Brad had stolen him from her when she was barely conscious. We thought this was a perfect time to take a brief look at Michael’s history, which has been filled with paternity dilemmas, heartache and custody battles.

More: The crazy Cassadines from A to Z

Michael was conceived in 1997. At the time his mother Carly Benson (Sarah Brown) was carrying on with her mother’s ex-husband Dr. Tony Jones (Brad Maule). After a fight, she met Jason Morgan (Steve Burton) and his brother AJ (Sean Kanan, Billy Warlock), and had a drunken one night stand with AJ. When her relationship with Tony fell apart, Carly passed her child off as Jason’s to keep him away from AJ, who struggled with alcohol. In time the truth about Michael’s paternity was revealed. Carly married AJ, but the marriage quickly fell apart and she moved on with Sonny Corinthos (Maurice Benard), who adopted Michael after AJ signed his parental rights away. A young Michael grew up conflicted about his biological father’s love, or lack thereof, for him. While he attempted to bond with AJ as he grew older, his father’s alcoholism remained a problem and strained their relationship at times. 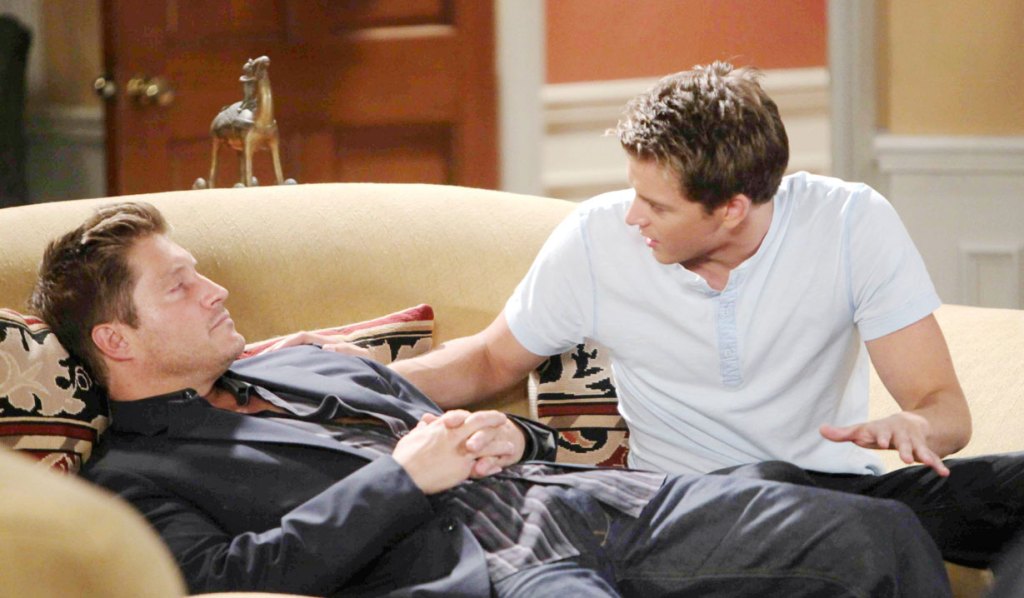 After being released from prison for the murder of Claudia Zacchara (Sarah Brown in another role), Michael was troubled with nightmares and recoiled when anyone showed him affection. Michael had been raped while in prison, something he initially kept to himself. Sam McCall (Kelly Monaco), Jason’s girlfriend, helped set Michael up with her prostitute friend Abby Haver (Andrea Bogart) to help Michael overcome his fears. What started as a friendship eventually turned into a romance, and Abby eventually got out of the business. As Abby went on to work at ELQ, Michael became a part of the legitimate side of Sonny’s business. When several of Abby’s friends were attacked, Michael worried about her safety and asked Tracy to send her to Chicago on ELQ business. Tragically while there, she was killed in an accident involving a construction crane. 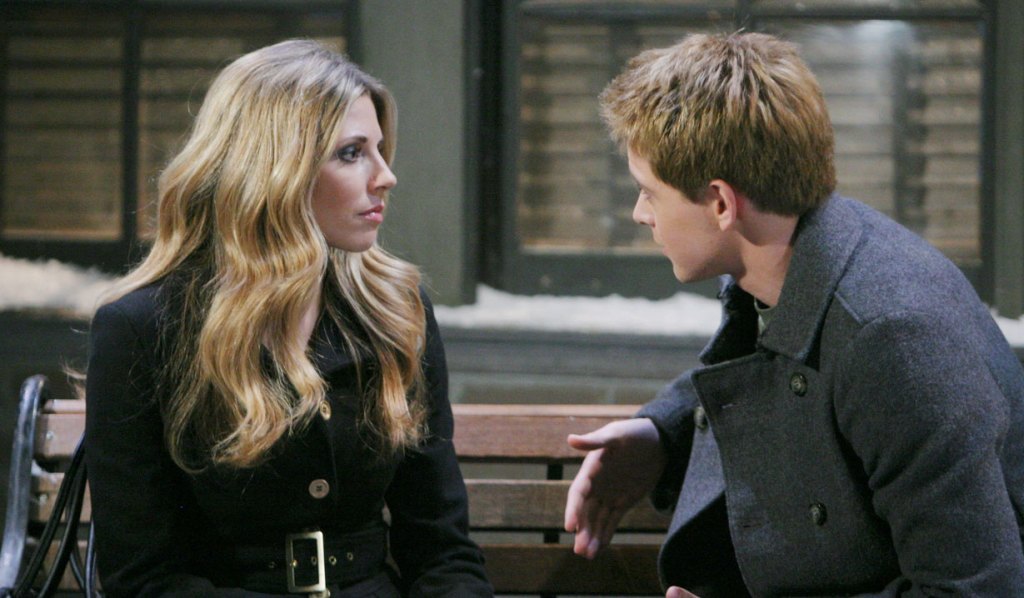 Trying to move on, Michael soon met Starr Manning (Kristen Alderson). Starr and Michael developed a friendship that hit several bumps, including Starr blaming Sonny for the death of her boyfriend and daughter in a car accident. In time though Michael and Starr grew closer and friendship turned into a relationship. When she abruptly ended things and left town, Michael began to grow closer to his father AJ and started working at ELQ.

More: Why no platform for classic soap operas

A brotherly feud and a devastating secret

In time Michael met Kiki Jerome (Kristen Alderson in a new role) and became smitten, only to learn she was involved with his half-brother Morgan (Bryan Craig). Eventually, Kiki chose Michael, leading to a feud between Michael and Morgan that took a long time to heal.  After Michael’s father AJ, who had been continuing to battle alcoholism, was shot and killed, Michael threw himself into working at ELQ and took over as CEO. The truth about AJ’s death was revealed at Franco (Roger Howarth) and Carly’s wedding. Franco had learned Carly had been cheating on him with Sonny, so at the wedding, he revealed it was Sonny who shot and killed AJ. Furthermore, Carly, Morgan and Kiki all knew the truth and had been keeping it from him. Michael shunned them all, took the name Quartermaine, and moved into the Quartermaine mansion. 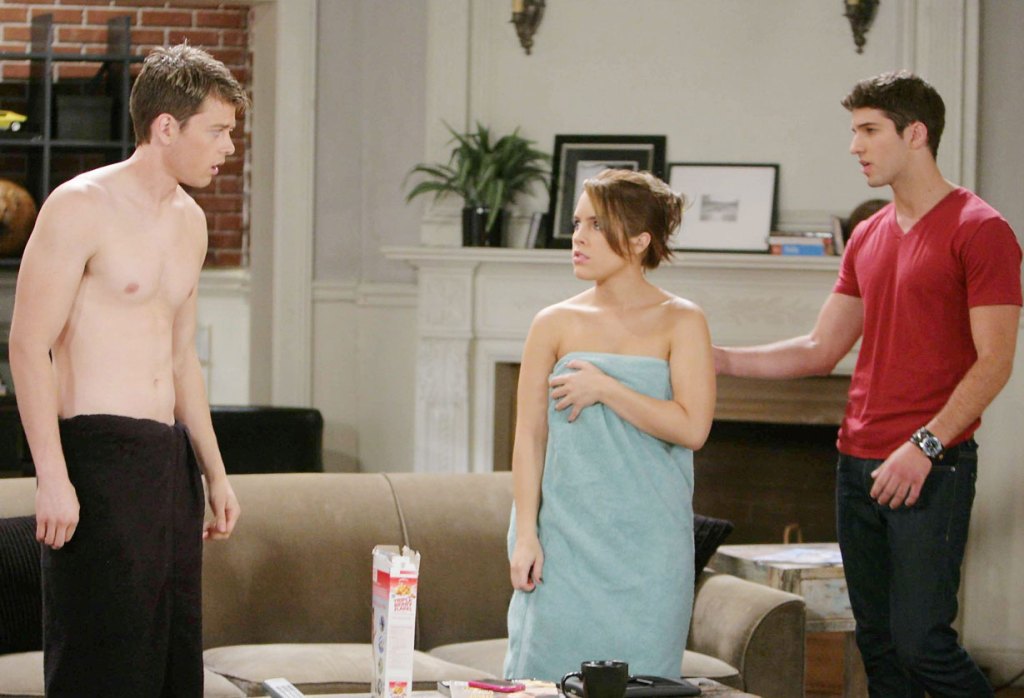 Michael decided to get revenge on Sonny by suing for and winning custody of Sonny and Ava Jerome’s (Maura West) daughter Avery, Michael’s youngest sister, by proving Sonny unfit and a danger to his children. He hired Sabrina Santiago (Teresa Castillo) to be Avery’s nanny, and the two soon developed a relationship. Sabrina helped Michael reconcile with his parents and return Avery to Sonny. When Sabrina learned she was pregnant Michael was elated, but the baby’s father turned out to be her ex-boyfriend Carlos Rivera (Jeffrey Vincent Parise). Michael and Sabrina eventually found happiness with her son Teddy. However, it didn’t last as Sabrina became a victim of the General Hospital Serial Killer Paul Hornsby (Richard Burgi) after she discovered his identity. It wasn’t long after that Nelle Benson entered Michael and his family’s life, continuing his unlucky streak in love. 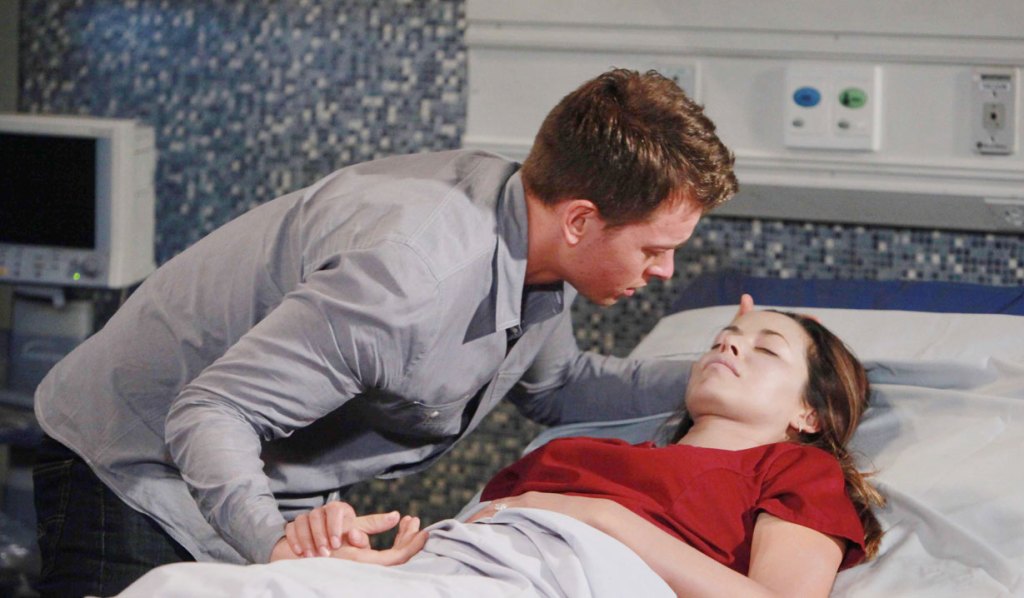 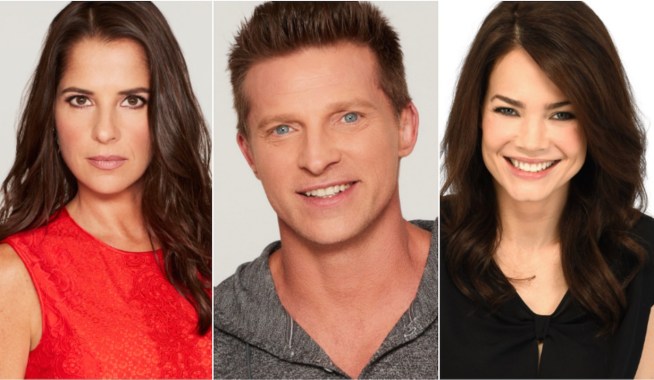 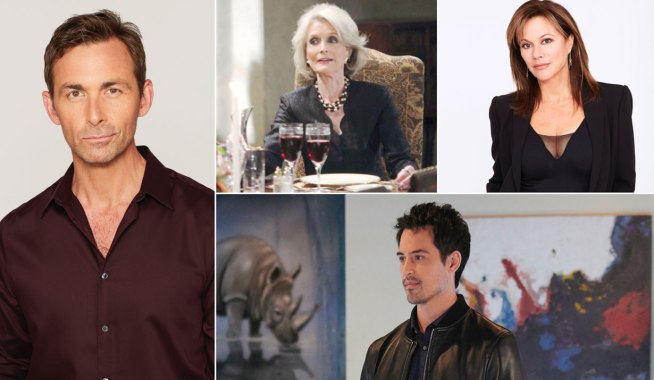