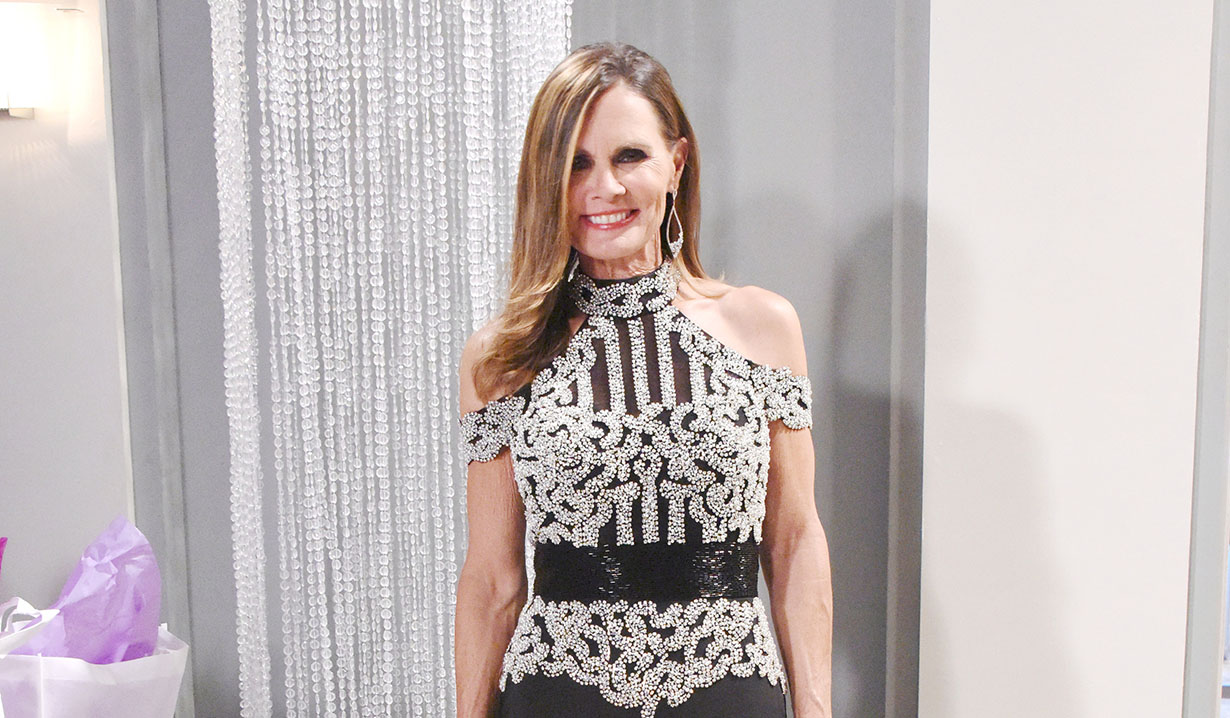 Lynn Herring had an extreme fear over those underwear scenes.

The Nurses Ball on General Hospital may on be on indefinite hold, but that didn’t stop Soaps.com from talking with Lynn Herring (Lucy Coe) about the upcoming classic episodes. ABC is airing encore GH Nurses Ball episodes from Monday May 25 through Friday June 12. Herring took us through some of her favorite Nurses Ball moments while talking to us from her ranch. The stay-at-home orders are still in place in California and she revealed what her initial reaction was when she realized General Hospital was temporarily shutting down production.

“It was mixed because my future daughter-in-law had to cancel her May 2nd wedding. Her family is in Italy and Germany. We were aware of the seriousness of what was going on way before a lot of other people,” Herring said. “I suspected it [the shutdown] was going to happen, but when it did, you almost want to scream ‘No’ as dramatically as possible. It immediately hit me — what are all these people going to do in our industry?”

More: Most memorable Nurses Ball moments of all time

Herring was expected on set to do wardrobe fittings the next day for the 2020 Nurses Ball, so it was an unsettling feeling when the order was handed down. “Part of you are thinking it’s not very important when so many sad things are happening, but part of you owns your problems and thinks about how you love the camaraderie and you’re going to miss the Nurses Ball. It was a roller coaster of feelings with the gratitude that everyone was OK to the confusion of what the heck was going to happen.”

She’s thrilled that ABC is still honoring the Nurses Ball as a way to celebrate all of the hard work they’ve put into these shows over the years, from the cast to the crew. “I hope that people who have seen them before can look into the details and see what our crew puts on in such a fantastic time frame,” she shared. “I love that it’s about togetherness because right now, that’s all we’ve got. The only thing I wish is that we could do some sort of prelude and do a salute to the nurses and the healthcare workers.”

Herring understands the significance of the frontline workers right now because her brother-in-law in Louisiana is currently recovering from the illness after a 28-day battle. “He was lucky and only had a couple of days that were really bad, but the healthcare workers, who showed up at his house, offered him a world of hope,” Herring revealed. “Every time I think about it, I get chills. He survived because of them.”

She believes the Nurses Ball will be even more poignant as viewers watch the classic episodes. AIDS was an epidemic back in the 1980s and 1990s. “In the old ones, we brought in the AIDS quilt. The feeling of respect and somberness when the quilt showed up in some of the original Nurses Balls is the same feeling,” Herring said “You have such hope for humanity, but you’re still aware of our fragility. I think there is that same feeling of hope and survival and maybe if we pull together, we can do some good.”

Herring joked that it would take “43 hours” to go through all of her favorite Nurses Ball moments, but she does have a few that stand out in her mind. “Sitting at the tables with the cast and the crew between takes, laughing and crying over some of the original AIDS storylines. In the present day, the joy in the first year we brought it back and starting that tradition again,” she said. “It was overwhelming. It’s a tradition that speaks to your heart. There was also extreme fear because I was always in my underwear in the original ones. I didn’t sign up for this! It was so fun and ridiculous.”

What many General Hospital fans remember is the fact that the writers managed to blend the comedy with the seriousness of the episodes. It’s something that still resonates with Herring. “Back when we had the different characters who were suffering [from AIDS], Kimberly McCullough (Robin Scorpio) played it so well as Robin through the years,” she praised. “The speeches she’s been able to give reiterate how you can live a healthy life. I think a lot of that message holds up today.”

The performances are also something General Hospital viewers tune in for during the Nurses Ball. Herring had some thoughts about some of those numbers. “When Vanessa Marcil (Brenda Barrett), Mary Beth Evans (Katherine Bell; Days of our Lives’ Kayla) and I had to do some numbers back in the ’90s, it was like pulling teeth. We loved doing our lines and playing our characters, but now we have to move and sing,” she laughed. “The show must go on, though, and you become Ethel Merman and you belt out these songs.”

More: Maurice Benard opens up about his memoir

There’s also one number that hit the cutting room floor back in the day. It involved Kin Shriner (Scott Baldwin) and Carly Schroeder (Serena Baldwin) in a father-daughter dance. Herring mentioned that she and Shriner recently reminisced about the memory. “Kin told me they pulled the number because he couldn’t get it right. I forgot about that. It was the one number they had to pull because he had to dance with her. He couldn’t stay with the music and he got so flustered. They laughed through the whole thing.”

And if you were wondering how Lucy would survive quarantine if the stay-at-home order arrived in Port Charles, Herring has no worries about her. “It would be hilarious to watch her preparations for a Zoom meeting,” Herring said. “She would have full makeup, outfits and shopping online to get those details. She would be ready for teleconferencing!” 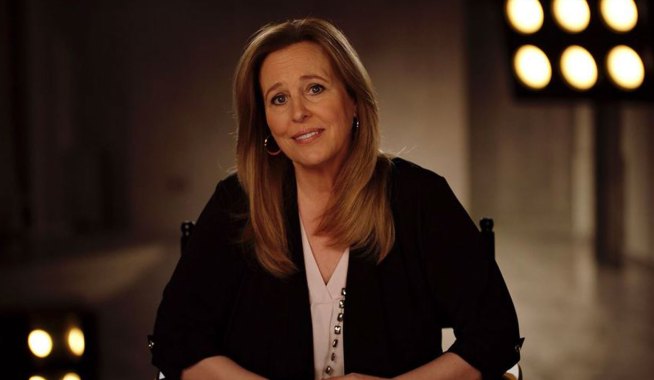 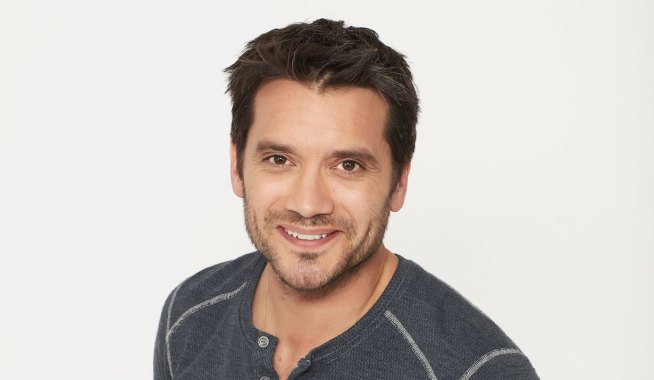