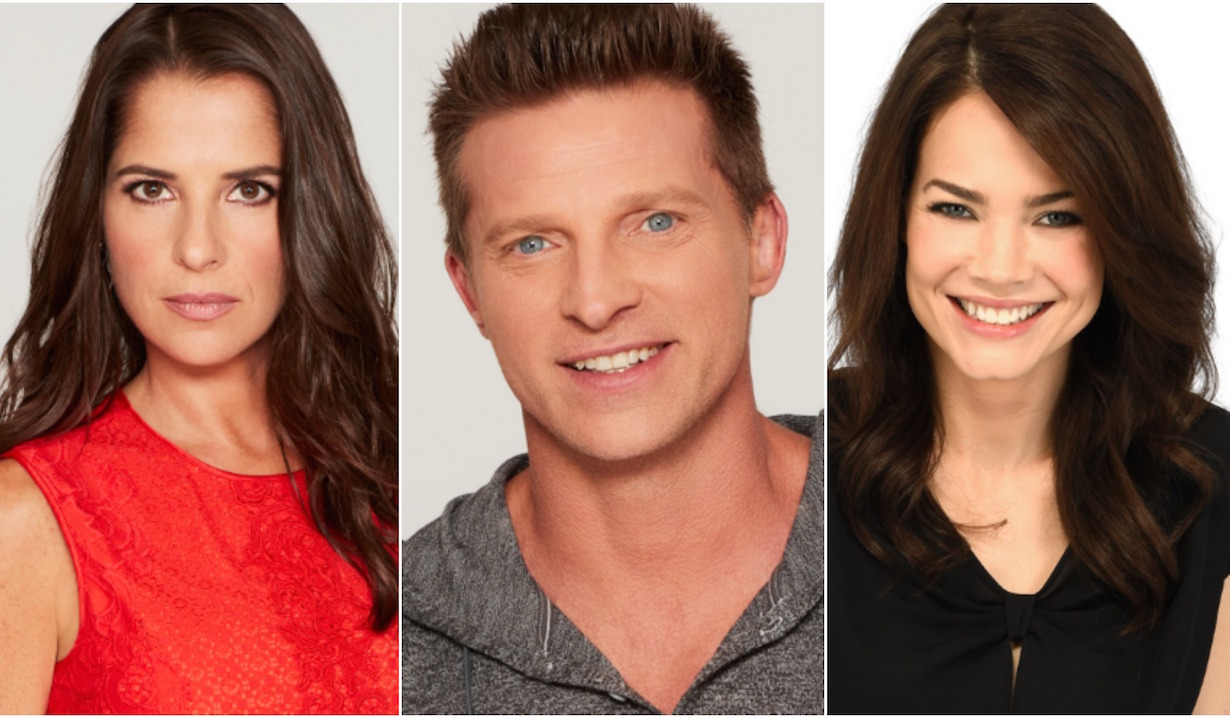 It happens every time General Hospital has Jason Morgan cross paths with Elizabeth Webber. Whether or not a single spark flies between the exes, Twitter goes berserk with viewers debating anew whether his true love is his old flame or his current one, Sam McCall. But Soaps.com knows that there can be only one real winner in the war over the Mafia enforcer. And that winner is…

The show itself. It’s been years since “Liason” were a couple; heck, she’s now happily hitched to Franco. Yet fans of Jason and Liz’s romance still feel as passionately as ever that they are one another’s soul mates, that someday the stars will realign and reunite them for good.

At the same time, “JaSam” boosters are no less certain that Sam is and always will be his ride-or-die. After everything that they’ve been through, their supporters are positive that there’s nothing that they couldn’t get through. (Seriously, do obstacles get any more insurmountable than Jason’s “demise”?)

Are “Liason” fans right? Is Team “JaSam”? To the show, it doesn’t matter, because the audience’s passionate response to both pairings, even now, long after one of them split up, is the equivalent of lightning in a bottle. GH knows that we’ll tune in tomorrow — forever! — whether we’re hoping that “JaSam” will surmount their latest difficulty (dang stupid parole!) or “Liason” will surprise us with a tryst at the safe house. Each fan base is invested. Keenly invested. That’s money in the bank.

What do you think? “JaSam” fans, was the Sam-vs.-Liz debate put to bed when the latter married Franco? And “Liason” fans, do you see Liz’s current relationship as a permanent roadblock to a rematch with Jason…or just a temporary speed bump on the road to the inevitable? Sound off in the comments below.

Before you go, check out our gallery featuring photos of Franco and Liz to see how her character has moved on from Jason.

Dominic Zamprogna Wants to Return to...