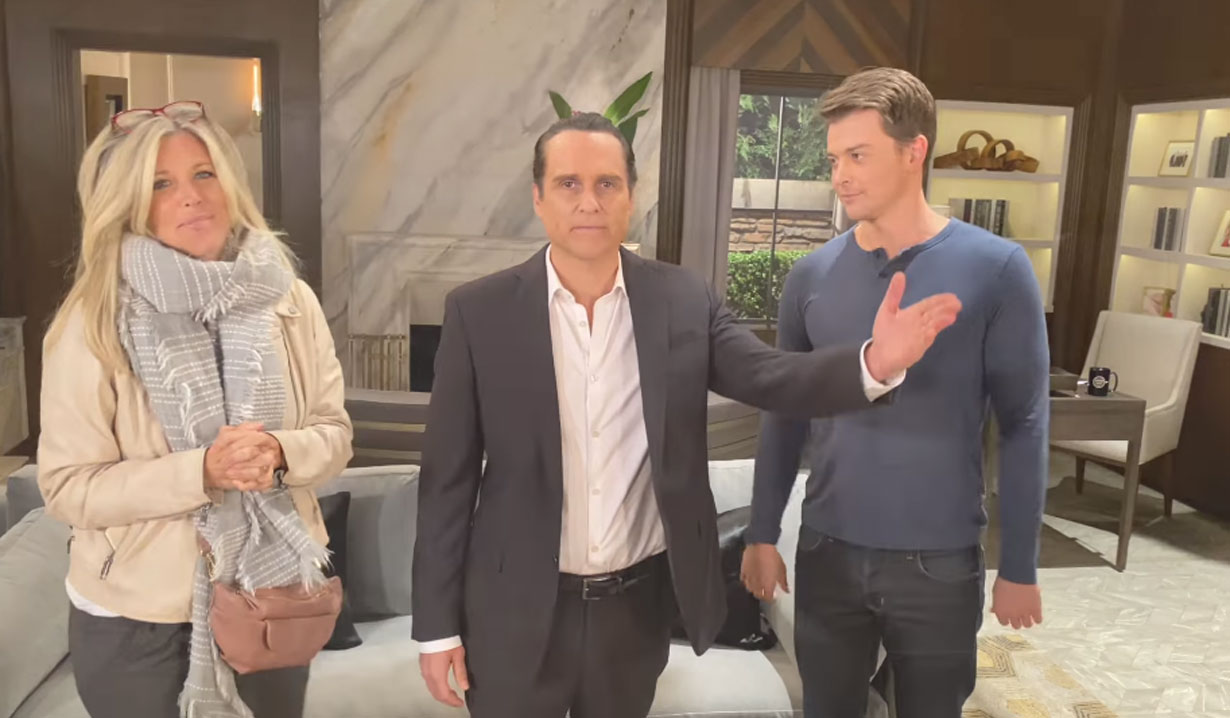 Actors can’t contain their delight at the sight of the newly renovated living room.

Set changes are always exciting on soap operas – sometimes it takes years to see new sets, so when it does happen, it can liven up the storylines and the characters showcased within them. Soaps.com thought readers would be interested to see the behind-the-scenes video reveal of the new General Hospital set design for Sonny and Carly Corinthos’ living room.

Maurice Benard (Sonny Corinthos) is seen chatting with a production crew member when he’s interrupted by executive producer Frank Valentini who drags him away to see a new set for his character’s living room. Laura Wright (Carly Corinthos) is invited to join them for the big reveal, visibly excited to see the remolded Corinthos set. Valentini shouts to remove the dark wall covering the set and it sweeps open, revealing a sophisticated living room befitting of a modern mansion. With rich colors of gold, taupe and dark mahogany, the set seems befitting to the dark and complicated man Sonny is. The glamorous living area also features accent tables, vases with colorful flowers, lamps and even a marble staircase. Illuminated shelves are seen in the background behind the grey sofa and chairs, as well as large windows where fans can spot some greenery, giving the sense there is a lush garden outside.

Just as appealing as the set is the actors’ reactions. Wright excitedly invites the camera trailing them to come on in and Benard declares the living room looks amazing, while teasing it is like the kitchen set, minus some green moss. As they marvel at the new look, they are surprised by Chad Duell (Michael Corinthos) who emerges from the staircase, smiling at their reactions. Wright jokes that his character doesn’t live there anymore, and Duell affectionately teases Benard. They all turn to face the camera to welcome fans to the set, saying they will see it on their screens soon.

During yesterday’s episode of General Hospital which Soaps.com recapped, the set appeared when Michael showed up at the house to talk to Carly. Fans will no doubt enjoy watching juicy stories unfold in the new, fashionable living room befitting of the kind of drama they expect from the Corinthos family. 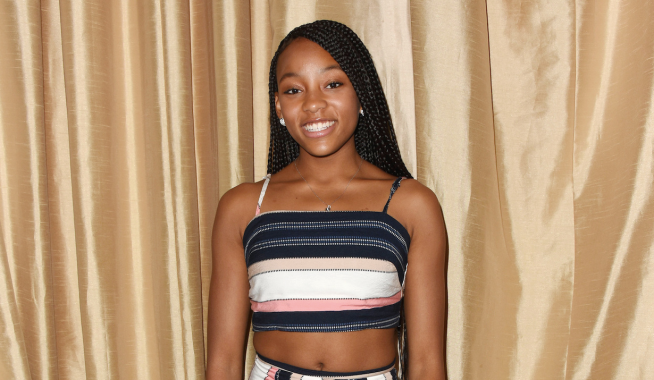 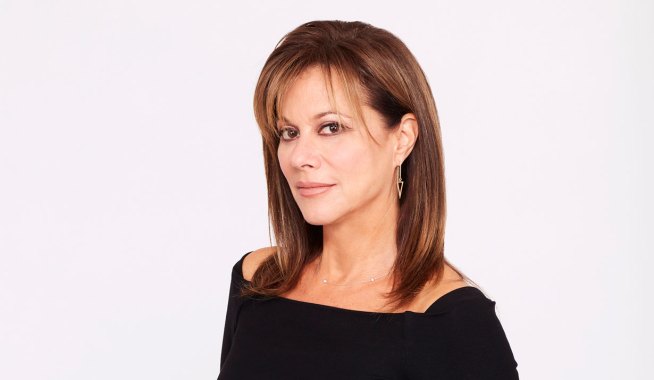