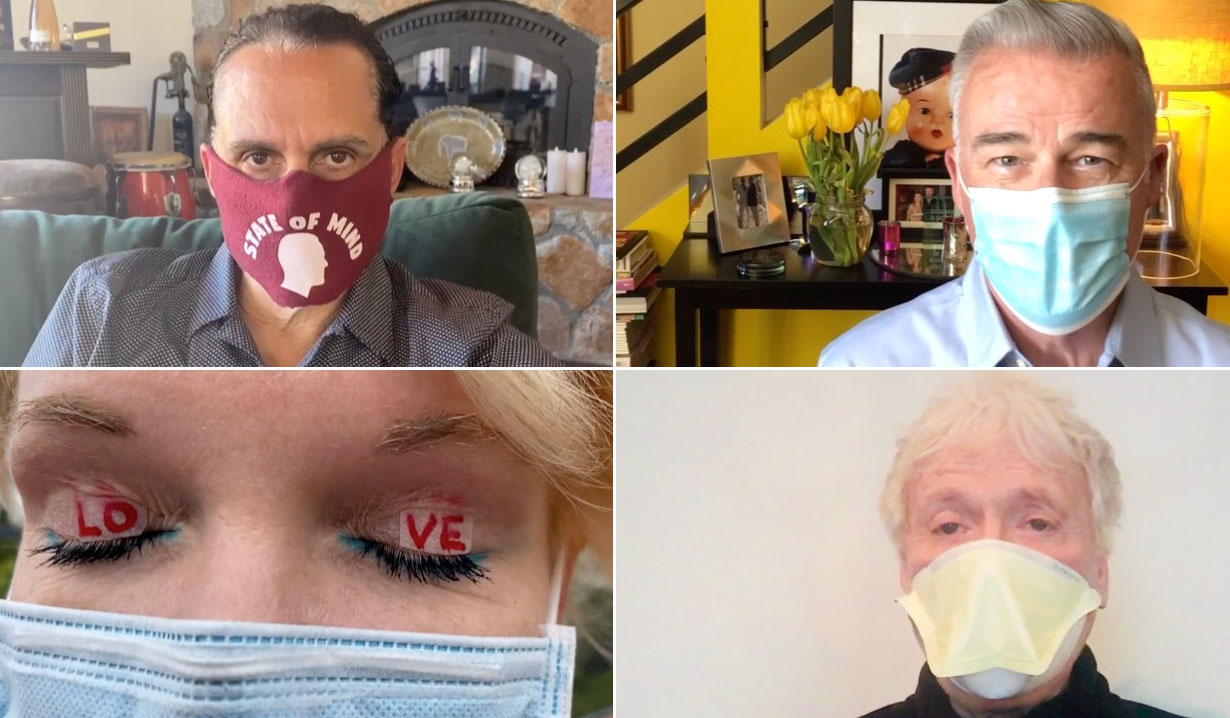 Renowned artist Jim Warren, best known for book cover illustrations and surrealistic fantasy art, has put together a video of the General Hospital cast, both present and past, set to Frankie Valli’s song My Eyes Adored You. The video showcases the cast members, including Maurice Benard (Sonny Corinthos), Kin Shriner (Scott Baldwin), Maura West (Ava Jerome), Ian Buchanan (Duke Lavery), Anthony Geary (Luke Spencer) and others, all lip-synching to the song while wearing their protective gear as a statement of solidarity and encouraging everyone to do their part in staying safe in these uncertain times.

The video is also a fundraising effort for Feeding America, an organization that is dedicated to tackling food insecurity in America and is currently working to help raise awareness in donating to food banks across the country to provide food to those in need.

In the GH Spoiler Video, Robert...

In the General Hospital Spoiler...