Jacklyn Zeman (Bobbie Spencer, General Hospital) had an extra reason to celebrate over the holidays as she became a grandmother. The actress has been posting photos on social media of her adorable granddaughter Kennedy Elise MacLeod. Kennedy was due December 30 but was born December 20 to Zeman’s daughter Cassidy Zee, who lives in San Francisco with her husband Cutter. Cassidy is Zeman’s firstborn daughter with her former husband Glenn Gordon, with whom she also had daughter Lacey Rose. Soaps.com congratulates Jacklyn Zeman on the addition to her family.

Prior to Kennedy’s birth, Zeman told Steve Burton (Jason Morgan) and Bradford Anderson (Damian Spinelli) on a November episode of their That’s Awesome podcast, this would be her first human grandchild. She joked she’s had several fur babies “And on TV I’ve been a grandma for twenty-five years, but in real life, I’m finally having a grandchild.” In the same podcast, Zeman noted Cassidy and Lacey were seen onscreen on General Hospital years ago as two of the children in the hospital gathered for the ABC soap opera’s annual Christmas Story when it was read by actor John Beradino, who played Steve Hardy.

After Zeman first posted the news of her grandchild on Instagram with a photo and the words, “You are the greatest gift, Truly a Christmas Blessing. We have so much to celebrate. Wishing Everyone love, joy, and many blessings,” her General Hospital co-stars chimed in with their congratulations. Zeman’s onscreen daughter Laura Wright (Carly Corinthos) gushed, “Ohhhhh I LOVE this!” The actress’ former onscreen daughter Tamara Braun (who played Carly before Wright, but most recently portrayed General Hospital’s Kim Nero) said, “Congratulations grandma!!! I’m so happy for you!! Please give Cassidy my love and you always have mine! Mazel Tov!!” And Parry Shen (Brad Cooper) said, “Adorable! Congrats, grandma!” The Young and the Restless’ Tracey Bregman (Lauren Fenmore) also commented, “Omg that sweet face!! Congrats Glamma!”

Cassidy and Cutter’s beautiful little Girl was born on Friday 10 days early!Kennedy Elise MacLeod. Welcome to the world. We love you. You are the greatest gift. Truly a Christmas Blessing. We have so much to celebrate. Wishing Everyone love, joy, and many blessings.

We took a walk at the beach on Christmas Day. Feeling much gratitude for our many blessings. Love from our family to you and yours.

Kennedy. One week young. Can you tell I’m a proud Grandma? #love #family

Out and about. It’s a beautiful day in San Francisco. Love and happy thoughts to all.

This is love. The most beautiful all encompassing exhilarating feeling. The greatest gift and most precious blessing. #grandmalove #familyiseverything #lifeisbeautiful 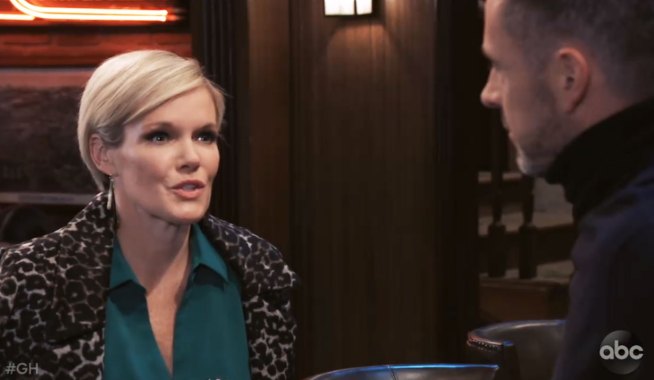